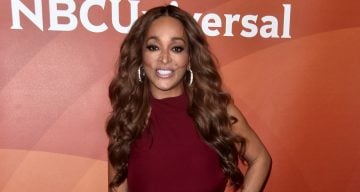 Karen Huger from The Real Housewives of Potomac has made a big impression on viewers. She is a sexual assault survivor who fought her way to become a successful entrepreneur, who today helps other unfortunate victims. Karen Huger’s net worth is estimated at $10.0 million, and with a warm and caring family by her side, she intends to help others live life to the fullest.

The American reality television series, The Real Housewives of Potomac (RHOP), has really caught on. Audiences are keenly following the life and travails of the women who star in it.

One participant who gets a lot of attention is Karen Huger, who is one of the original cast members of the series. She has become very popular with audiences and is easily recognized when she steps out of her home.

Karen is an entrepreneur and runs her own company called Ikon Enterprises, a beauty boutique that specializes in hair, perfumes, fashion, and makeup.

She has been married for almost 21 years to Raymond Huger, a technology entrepreneur. The couple met when Karen was in her early 30s, and they got married in 1997.

Keep reading to know more about Karen from The Real Housewives of Potomac.

Learning the Value of Hard Work

Karen’s parents raised her with a lot of attention and from a young age, they taught her the value of hard work. She has publicly admitted that this is one of the main reasons why she became successful in her career as a TV star and businesswoman.

Alzheimer’s Disease in the Family

Karen was heartbroken when her mother, Georgia Raines Wooden, passed away on November 23, 2017, in Virginia. She left behind a husband and three children, including Huger.

Her mother had been battling Alzheimer’s disease for a while. But she summoned the will to celebrate her 70th birthday with her family.

Fans got to see Karen celebrate her mother’s birthday on the second season of RHOP. They also got to hear her message to her daughter on her 20th marriage anniversary in the season 2 finale.

Karen said with tears in her eyes, “If it weren’t for my mama waking me up every morning asking me what did I want to be today and telling me I could be anything, I wouldn’t be living this life.”

The reality star’s father, Benjamin Wooden Jr., also suffers from Alzheimer’s disease. This was the main reason why she chose to move from Potomac to Great Falls, Virginia. She was hoping to get her ailing parents to agree to move in with her.

Karen’s achievements are particularly praiseworthy considering the trauma she went through when she was in her late teens.

The RHOP star had said that she was a victim of a sexual assault when she was 19 years old. However, she later forgave the culprit and moved on with her life.

She graduated from the University of Virginia and started working hard to make a career for herself.

Unfortunately, Karens’s problems did not end with her mother’s death. She also had to deal with her husband Raymond Huger’s financial problems, which were revealed in a July 2017 report by The Washington Post.

Raymond is an ex-IBM executive who founded his own software and consulting company in 1991 called Paradigm Solutions International. He is the president and CEO of his company and built it from the ground up into a successful venture.

It’s no wonder that Karen calls Raymond “the black Bill Gates” and supports him in both his professional and personal life.

Karen dealt with this issue in the earlier episodes of RHOP in season 3. She said that she “was in shock” when she came to know about her husband’s financial situation.

After she discussed the problem with Raymond, he assured her that he would resolve the matter on his own. So, Karen decided to focus on her family and work, while her husband worked on a resolution to his problems.

The reality star claims that her husband resolved his financial issues. She says that things are now fine, and they have come out stronger.

Karen has had her hands full with her two children. She has a son named Brandon, age 28, and a daughter named Rayvin, age 18.

Brandon graduated from Morehouse College at Georgia University in Atlanta and now lives on his own, while Rayvin is attending college at Penn State University. Rayvin used to be a cheerleader in high school before starting her college education.

Karen Huger’s son is actually from her previous marriage. When she began dating Raymond, she made it very clear to him that she would bring Brandon along with her if the two were ever to marry.

She discussed the importance of children and family with Raymond, who came from a very close-knit family himself.

Luckily, Brandon and Raymond bonded well. They developed a healthy father-son relationship, paving the way for Karen’s marriage to Raymond.

Networking Her Way to Social Success

After graduating from college, Karen became a part of the Potomac social scene. She networked her way to became one of the most admired women in social circles.

She later became known for the outlandish parties she threw and became the self-proclaimed “grand dame” of the Potomac social scene.

Karen caught the public’s eye when she appeared on the first season of the hit reality show in January 2016. Her strong personality and independent opinions on various issues made her stand out among the other Potomac housewives cast members.

The other members appearing on the series were Gizelle Bryant, Robyn Dixon, Ashley Darby, Charrisse Jackson-Jordan, and Katie Rost.

RHOP has become popular with viewers and is currently in its third season.

Karen is a woman of independent means and has struggled hard to build her company, Ikon Enterprises.

Thanks to the money she earns through Ikon and speaking assignments, Karen Huger’s net worth is a healthy $10.0 million.

The Hugers saw some tough times in 2016 and 2017 when they had some financial troubles. So, they put their house in Potomac on the market to move to a cheaper property.

Their house was listed at a price of $2.5 million and was ultimately sold for $1.685 million. Although this was a financial setback, the couple seems to have bounced back.

The Comfort of a New Home

Raymond and Karen Huger’s house in Great Falls, Virginia, has an area of 14,000 square feet and looks extremely comfortable to live in.

Karen Huger’s new home boasts a grand entrance to the castle-like mansion. It has beautiful and spacious rooms, a chef’s kitchen, a swimming pool, living rooms with chandeliers, and a dining room that is ideal for throwing parties.

Working to Help Others

Even though Karen comes across as glamorous and sophisticated, she hasn’t forgotten the bad events in her life. She was allegedly date-raped at the age of 19 and has described the shocking incident as “a typical date that went totally off the rails.”

Today, she works with Promoting Awareness I Victim Empowerment (PAVE), a non-profit organization that works toward preventing sexual violence through education.

In 2016, Karen received an ambassador award from PAVE for her work in preventing victims of sexual violence and assault from committing suicide. She says that she is fighting what she calls an “alarming” suicide rate among victims of sexual assault and understands their pain.

Her priority is to convince the victims of sexual assault that they still have control over their lives and can still become the person they want to be.

Part of Karen Huger’s charity work is also to raise funds for the organization. And that’s when her RHOP colleagues come in handy!

Given her fondness for networking and interacting with people, Karen has a strong social media presence. She regularly updates her accounts and informs her fans and friends about the latest happenings in her life.

Karen Huger’s Instagram account is full of pictures of her on location for RHOP, wearing stylish and glamorous clothes and hanging out with her husband Raymond, her daughter Rayvin, and her friends. She also uses the platform to promote her products.

There are also some inspirational quotes by people she admires like Martin Luther King Jr.

A Woman of Courage

A terrible thing happened to the reality star when she was 19 years old, but she didn’t let that destroy her dreams of leading a good life. Today, Karen takes that message of hope to other people (especially youngsters) so that they can learn and benefit from her considerable life experiences.

With fame and fortune already by her side and a happy supportable family to come home to, Karen Huger is looking forward to an exciting future!