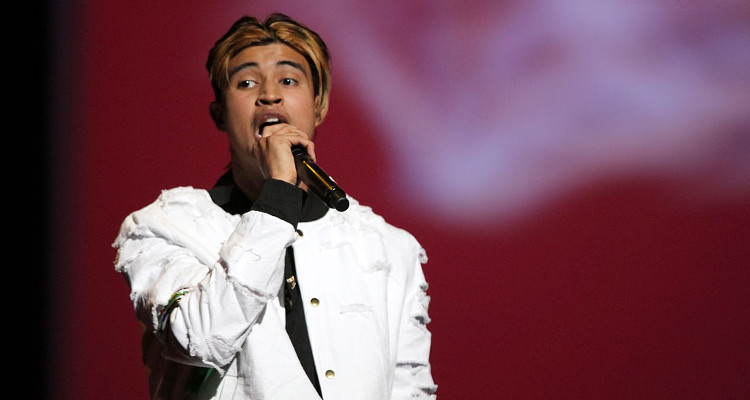 XXL Magazine annually compiles a list of hip-hop artists to watch out for in its Freshman Class. It’s an honor to be included in this list and this year, Chris Brown collaborator, Kap G made it.

Kap G is the latest inductee in the XXL Freshman Class. The magazine has named him among the hip-hop artists to watch out for —and with good reason! After several attempts, he has finally been recognized by the magazine. He has been a frequent collaborator with major artists like Pharrell Williams and Chris Brown, so it’s no surprise why he’s an artist to keep an eye on. Check out more about this talented rapper and his work in our Kap G wiki.

Kap G was born George Ramirez, and is the youngest of seven children in the Long Beach based family. He is of Mexican descent, as his parents emigrated to the U.S. in the late ‘80s. The family lived there until an older brother joined a gang in elementary school. Afraid of raising their children in a violent environment, the family moved to College Park, Georgia —the Atlanta neighborhood that gave birth to rappers like 2Chainz, Ludacris, and Outkast.

Ramirez’s father did construction and drove trailer trucks, and his mother worked as a hotel maid. His brothers worked in warehouses. “I saw how hard my brothers grinded,” Kap G says. “They woke up at four in the morning—work, work, work. I ain’t no lazy dude, but I knew I had to do something different.”

#2. A Haircut Landed Him His Debut

Kap G attended Tri-Cities High School, where he started freestyling to instrumentals from local stars like Gucci Mane and Yung LA. He released his debut single, “Tatted Like Amigos” together with Chicago rapper Chief Keef, which garnered him mainstream attention. There’s a very interesting story on how he collaborated with Chief Keef.

Ramirez’s brother was on a trip to Chicago where a barber played him a couple tracks by Chief Keef, an up-and-coming rapper back then. His brother tracked down the rapper and Keef agreed to record a guest verse on Kap G’s single. The track caught the ear of Atlanta record executive, Kawan Prather, who had worked with Outkast and T.I. He then became Kap G’s manager, signing him to Atlantic.

A Girl Complimented Me Today & Said I Was Ugly , Thanks Baby ????? lol #CocainaYeezys

Atlantic pulled out all the stops to help their first Mexican-American artist succeed. Much of his lyrical content pays tribute to his heritage and culture, while rapping in both Spanish and English. In 2014, he released his critically-acclaimed mixtape, Like a Mexican.

He wants to crush stereotypes about his community through his music saying, “I want people to understand the truth about Mexicans. We don’t live eight to a house because we like it, we do it because we’re trying to save money and get by day by day.”

#4. Pharrell Williams Dubbed Him “The Future”

When Kap G was 19, his music caught the attention of Pharrell Williams and he produced his first mixtape. So, when the big-hatted artist dubs someone “The Future,” you know the artist has some serious chops. Kap G recorded his debut EP with the help of Williams. About working with the iconic producer, he says, “When me and Pharrell first got in the studio, you know, the energy was just there. We just made magic.”

He released his second mixtape, SupaJefe, where he collaborates with both Chris Brown and Williams. The rapper went on tour to promote the album and joined other artists on their respective tours. His net worth hasn’t been calculated, but his fortune is said to be around the $500,000 mark and should increase when he releases a studio album.

He was nominated for the XXL Freshman Class in 2015, but didn’t make it in the final cut. However, the mag named him in the 2017 Freshman Class and his fans are ecstatic. They are happy that he not only represents the South on this year’s list, but also Mexican-American artists.