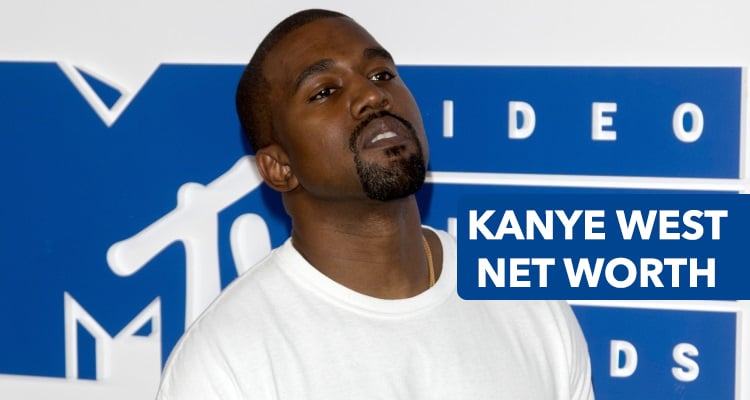 Kanye West’s speech at Sunday’s (August 28) MTV VMA Performance came as no surprise to followers of the rapper. Viewers witnessed the same, typical Kanye rant about how great he is, his beef with society, and how he’s going to change the world. With his controversial rap album coverage and his millionaire marriage partner, Kim Kardashian, people are wondering, how rich is Kanye West? You’ve come to the right place – we’ve got the scoop on Kanye West’s net worth, plus, facts to know about him.

Kanye West’s net worth seems to be a difficult figure to pinpoint, due to his high earnings compared with his frequent spending to upkeep his lavish lifestyle. His proposal to Kim Kardashian costed over $6 million, and their house was another $20 million. The couple is still waiting for a sale on their first house in Bel Air, California, which they bought for over $10 million. It’s currently up for sale for $20 million. Any takers?

He Attracts Media with Controversial Comments

Known for getting attention for his outspoken views and lavish lifestyle, West is a constant source for public scrutiny, criticism and controversy. His behaviour at live performances, public settings and especially on social media have brought him widespread media coverage, along with praise and hate. He’s repeatedly offended and embarrassed pop-country singer, Taylor Swift since the 2009 VMA Performance, when he swiftly stole her moment in the spotlight during her acceptance speech and went on yet another rant.

Last year, Kanye West announced he would be running for president in the 2020 elections. The 39-year-old explained his plans during his appearance on Annie Mac’s Radio One show. He said, “When I talk about the idea of being president, I’m not saying I have any political views. I just have a view on humanity, on people, on the truth.” He continued, “We are numb, we’re numb to 500 kids getting killed in Chicago a year, we’re numb to the fact that it was seven police shootings in the beginning of July. If there is anything that I can do with my time and my day, to somehow make a difference while I’m alive I’m going to try to do it.” It’s been a year since his initial announcement of his desire to be president at the MTV VMAs.

He Expressed Strong Opinions at the VMAs

During last night’s VMAs (August 28) Kanye West had four minutes to talk on stage – a decision which has made many wonder what on earth MTV was thinking! He walked onto the stage and immediately began talking about himself, “I am Kanye West, and that feels especially great to say this year. I came here to present my new video, but before I do that, I’mma talk.” He went on to say how although his “Famous” music video might lose to Beyoncé, he’s not angry because he was wishing for her to win, anyway. He brought up the murders in Chicago and immediately connected it to the situation with Taylor Swift in a way which no one understands, “But if you think about last week, there were 22 people murdered in Chicago. You know, like, people came up to me like, ‘Yeah, that’s right! Take Taylor down! But bro, like, I love all y’all. That’s why I called her.” How did those thoughts connect? No one knows — Kanye West’s mind continues to be a mystery.

To read the entire Kanye West speech from the VMAs, click here.