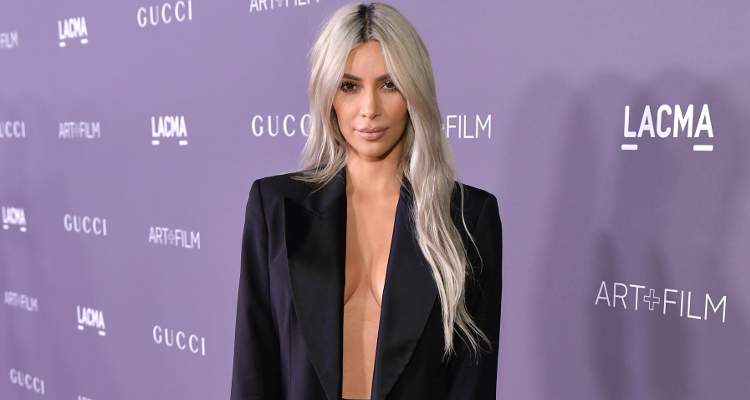 Currently, the Kardashian-Jenner clan is celebrating with the joy over the birth of Kim Kardashian’s third child via surrogate. Now that the news about Kimye’s third baby is out, people are dying to know what Kim Kardashian and Kanye West’s baby name will be! If the Kardashians are still deciding upon the name and cannot decide what to name their cute, little princess, then we have some Kim Kardashian third baby name suggestions!

The 37-year-old reality star and her 40-year-old rapper husband have always chosen unconventional names for their children. For example, they decided to name their daughter North because of the North Star.

In an interview, when Kardashian revealed their first daughter’s name, “It was a rumor in the press, and we’d never really considered [using the name North], at all, Pharrell came over to us and said, ‘Oh my God, are you guys really going to call your daughter North? That’s the best name’ I said, ‘No, we’re not, that’s just a rumor. Then a little while later, Anna Wintour came over and asked the same thing. She told us ‘North is a genius name.’ Kanye and I looked at one another and just laughed. I guess at that point it sort of stuck.”

Meanwhile, the couple named their second child Saint. A source close to the family revealed that they considered him a miracle baby after Kardashian had a high-risk pregnancy while she was pregnant with him.

Now that they have welcomed their third child, a baby girl, fans have taken to social media and are suggesting names. And Kardashian may actually consider them if they have already not named her yet!

We have taken the task upon us and have generated five names to call the new baby. Check them out!

Back in 2013, Kardashian revealed in an interview that she is fond of the name Easton West because she thinks it’s cute! Also, it has the direction East, which is a little similar to her eldest daughter’s name, North.

There are speculations that Kim Kardashian and Beyoncé have a feud for some reason. Some even feel that Kardashian also decided to have one more kid after Beyoncé announced her pregnancy with the twins. However, these theories are just speculations because none of the stars ever commented on them.

Beyoncé and Jay-Z’s son’s name is Sir, so there could be a possibility that Kimye could name their baby girl Madam.

Recently, when Kardashian appeared on The Ellen DeGeneres Show, she revealed that her daughter, North, is obsessed with the name Star.

Kardashian explained, “I’m not going to name her Star, but my daughter picks that name all the time … She got a toy and it’s a llama—Baby Sister’s toy that she took—and I said, ‘Well, OK, what do you want to name the llama?’ She said, ‘Star—Star West!’ So, she names everything Star West. I’m not vibing on it.”

But who knows, maybe Kardashian will name her daughter Star to fulfill North’s wish.

When Kardashian was expecting North, many people thought she would be named after West’s late mother, Donda West, but she ended up naming her North. So maybe, Donda could be on their minds again for their latest arrival!

Of course, when the news of Kardashian expecting her third baby broke, people on Twitter went crazy and came up with names like Key West. Key West has a nice ring to it, and it is short and simple!

We are sure that Kim Kardashian and Kanye West will come up with a unique name that will surely surprise everybody.

Let us know in the comments section below if you have a name suggestion for the Kardashians!