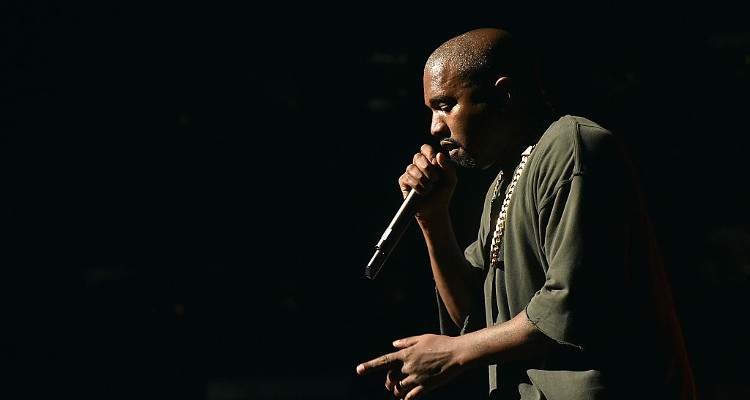 Kanye West exposed! That’s the word on the street after Kanye West’s “Famous” demo leaked this week. Remember the big mess that happened when West released his song, “Famous” a few months ago? He put a line in the song about Taylor Swift, where he raps, “I feel like me and Taylor might still have sex.” West first claimed that he had Taylor’s permission to put that line in his song. Taylor denied having given any such permission, though she did admit that West had talked to her about it in a phone call. Then Kim Kardashian stuck her nose into the whole mess and revealed a recorded phone call to the media, in which West is heard talking to Taylor. Now, an early demo version of “Famous” has been leaked online with different lyrics regarding T-Swift, and people are taking a second look at West’s claims.

The Demo Line Is Even More Graphic

The matter remained unresolved, with both parties having different accounts of the telephone conversation. Now, after the Kanye West-Nina Chop demo has leaked, it is clear that West had not revealed all about the song, “Famous.” It is clear that the line about Swift was much more graphic in the demo, as compared to the final released version. In the Kanye West “Famous” demo, West is clearly heard rapping, “I feel Taylor Swift still owe me sex.” Swift would have been horrified if West had made her listen to this line when he called her to ask for her approval!

In the Kanye West “Famous” demo download, West takes a dig at ex-girlfriend Amber Rose, as well. He raps that Amber Rose also owes him sex and he “made that b***h famous.” If people already thought Kanye was egotistical before, this really isn’t helping his cause. He is not alone on this demo, either. The demo features the vocals of Nina Simone instead of Rihanna’s. Rapper, Young Thug is also featured on this demo. Taylor had originally asked West to avoid involving her in this controversy, but now it looks that her name will again get dragged through the mud for his degrading and offensive lyrics. Sounds like a bit of déjà vu for T-Swift!

“Famous” Is No Classic

This demo called, “Nina Chop” has somehow found it’s way on to the Internet, and anyone who has listened to it knows that West has crossed the line of decency by recording this song. It is the controversy that has made this song famous. The song itself is not a classic. If you want to listen to this “Famous” demo, just click below…