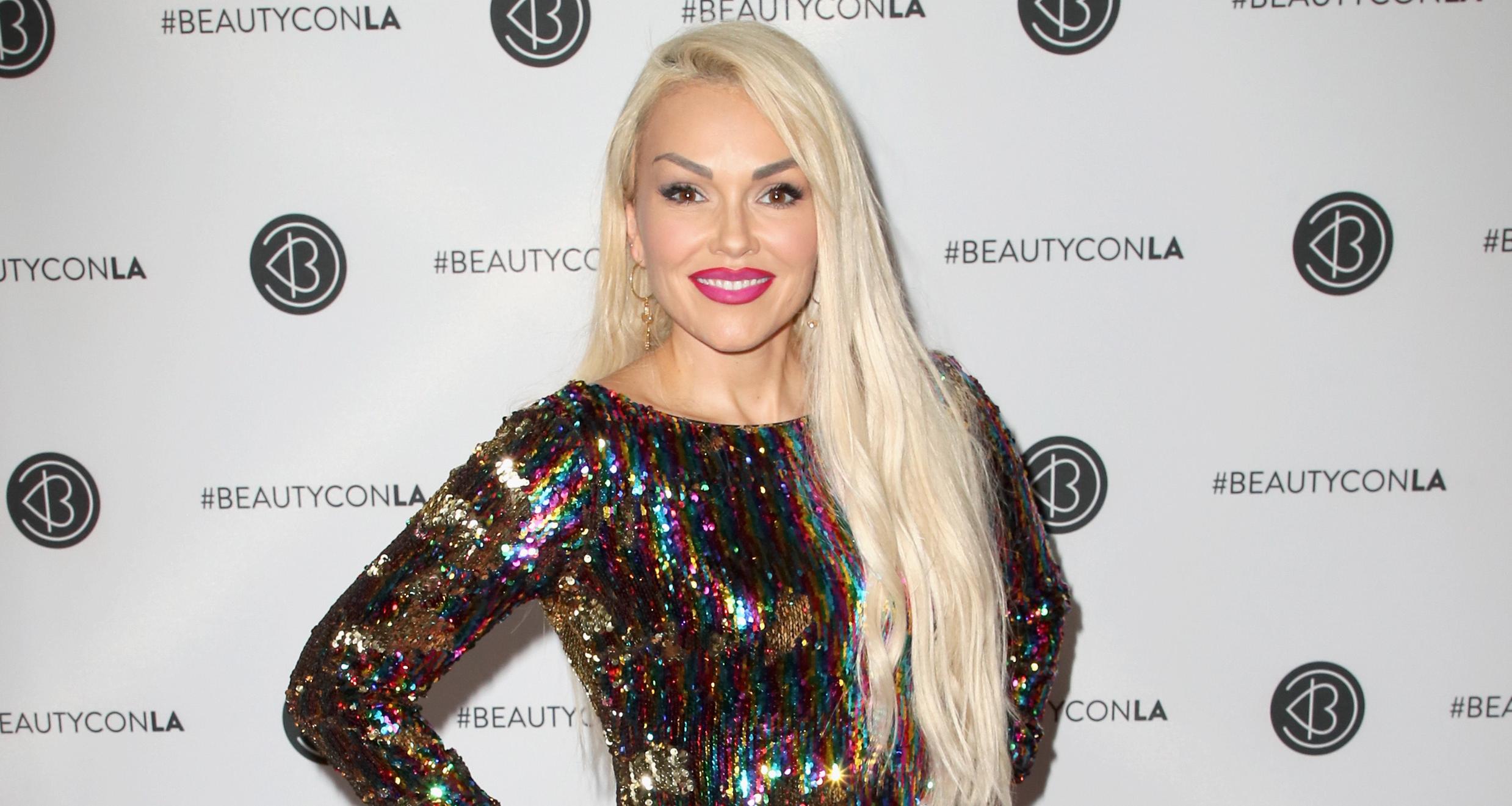 Kandee Johnson is a famous makeup artist who became successful after starting her own YouTube channel. She is known for her bubbly and positive personality, aside from her evident beauty. If you want to know more about her, then have a look at our Kandee Johnson wiki.

Born on July 9, 1978, Kandee Shayn Johnson’s age is 40. She was born in Los Angeles, California and stands tall at five-foot-seven.

When she was 16 years old, Johnson worked in a mall. She used to drive a jeep, and on weekends, she mowed acres of lawn.

From a very young age, she dreamed of becoming an actress of a fashion designer.

After she graduated from beauty school, Johnson started working as a makeup artist on VH1’s I Love the 80’s. Additionally, she also started writing blogs about style, fashion, and beauty. She moved to Hollywood to explore more opportunities.

Johnson was also a lead beauty contributor at Condé Nast. She worked there for over a year from October 2014 to December 2015.

The social media sensation has come so far in her life that all her accomplishments made her a TV show judge on Glam Masters. The show was all about several makeup artists competing against each other to become the next big thing.

Besides Johnson, the contestants were also judged by Zanna Roberts Rassi and Mario Dedivanovic.

The 40-year-old has been featured in several magazines including Elle, Glamour, Cosmopolitan, Self, InStyle, Nylon, and OK! Magazine.

Johnson has also appeared on different TV shows like FABlife and Good Morning America. Additionally, she was a judge on the show, How Do I Look?

She has even been featured on various websites such as The Huffington Post, Refinery29, Beautylish, DailyBuzz, and Popsugar’s We Spy Style.

Before she started creating videos, Johnson was a freelance makeup artist for several years. Her grandparents gifted her an antiquated video camera. She used that camera to create videos and started uploading them online.

Her video on transforming reality star Kim Kardashian into Princess Jasmine got her 2.3 million views in just two months! She also uploads a lot of makeup challenge videos on her channel. 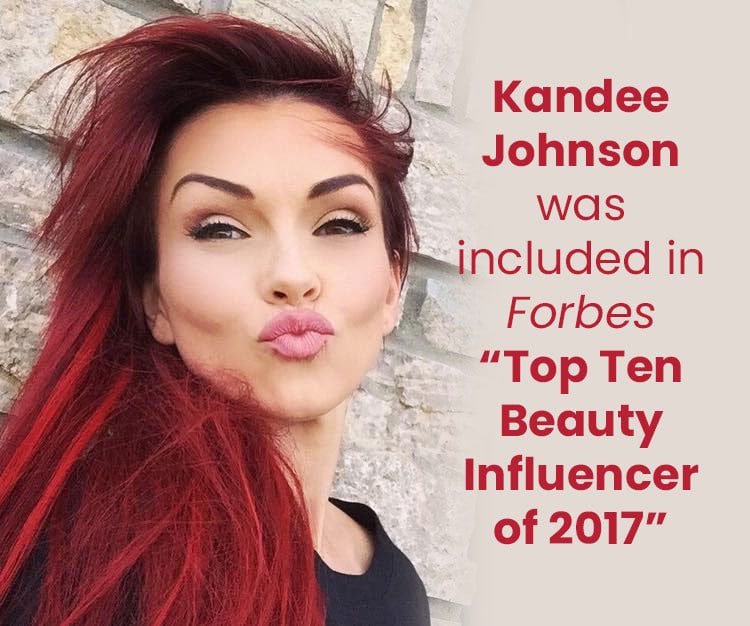 Additionally, Johnson has one more vlog channel called Kandeeland, in which she posts videos of random days in her life, vlogs, and surprise videos. This channel has around 427k subscribers. However, it looks like she’s not very active on it lately.

For her accomplishments and videos, Johnson won a 2016 Streamy Award for Beauty. She was a promotional figurehead for brands such as American Express, Revlon, Pepsi, and Honda.

Kandee Johnson Collaborated With Too Faced to Launch Makeup Line

Kandee Johnson collaborated with Too Faced and launched her own makeup line. They launched the “I Want Kandee Collection” in 2017.

Kandee Johnson Was Born to Shannon and Barney Johnson

Kandee Johnson’s parents are named Shannon and Barney Johnson, but her father passed away in 2012. She explained that the loss of her father was extremely hard on her, and she still gets very emotional when talking about him.

However, she has said that through all her accomplishments and finally buying (and moving into) her own home, she feels his presence there with her. 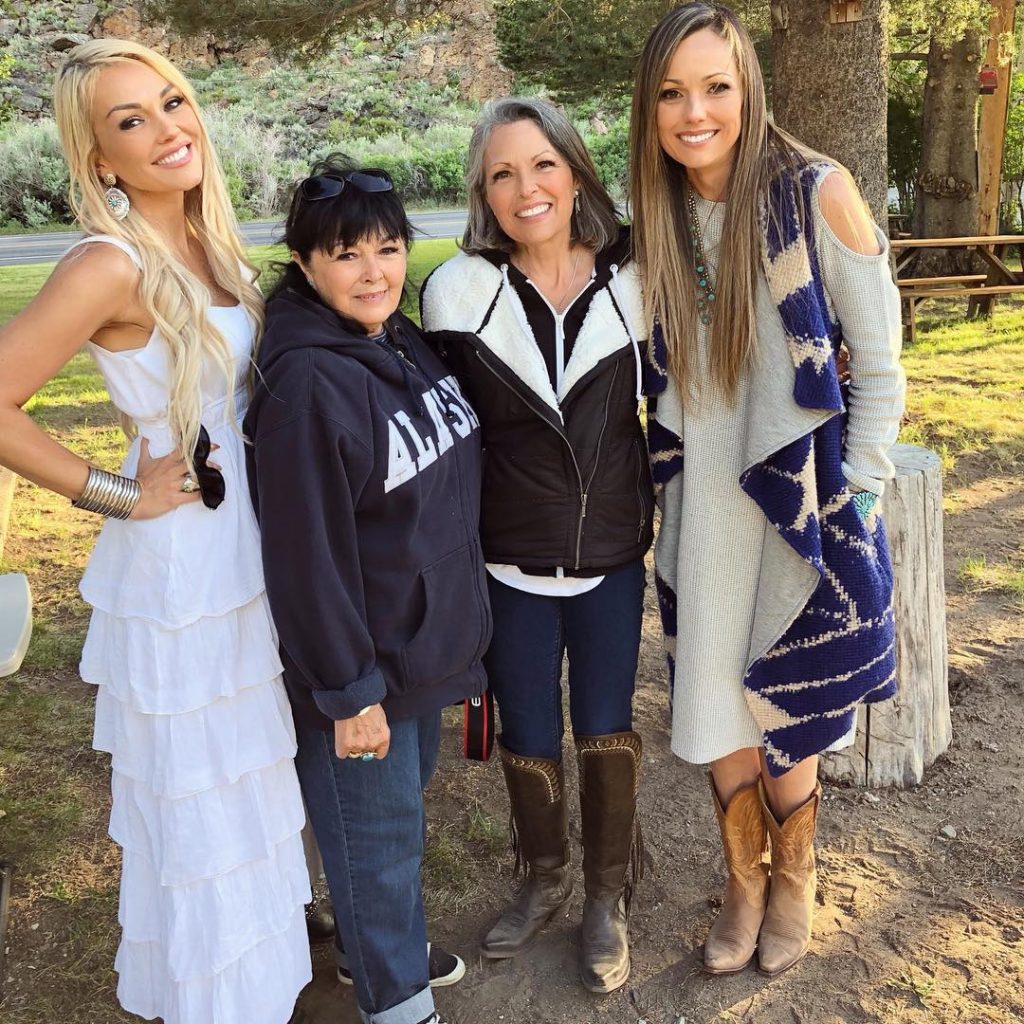 Johnson also has a sister named Tiffany Meyers, who uploaded a video on YouTube talking about her Lyme disease journey.

Her sister was diagnosed with Lyme disease, but she overcame her illness. And now, her health is much better.

Tiffany Meyers is married to Byron Meyers. The couple has two daughters together named Sydney and Audrey Meyers.

Byron Meyers graduated from the University of California, Santa Barbara.

Kandee Johnson Was Married Twice and Has Four Kids

According to reports, she was married twice and is divorced. Her first marriage was at the age of 17. She gave birth to her first child when she was 18 years old. 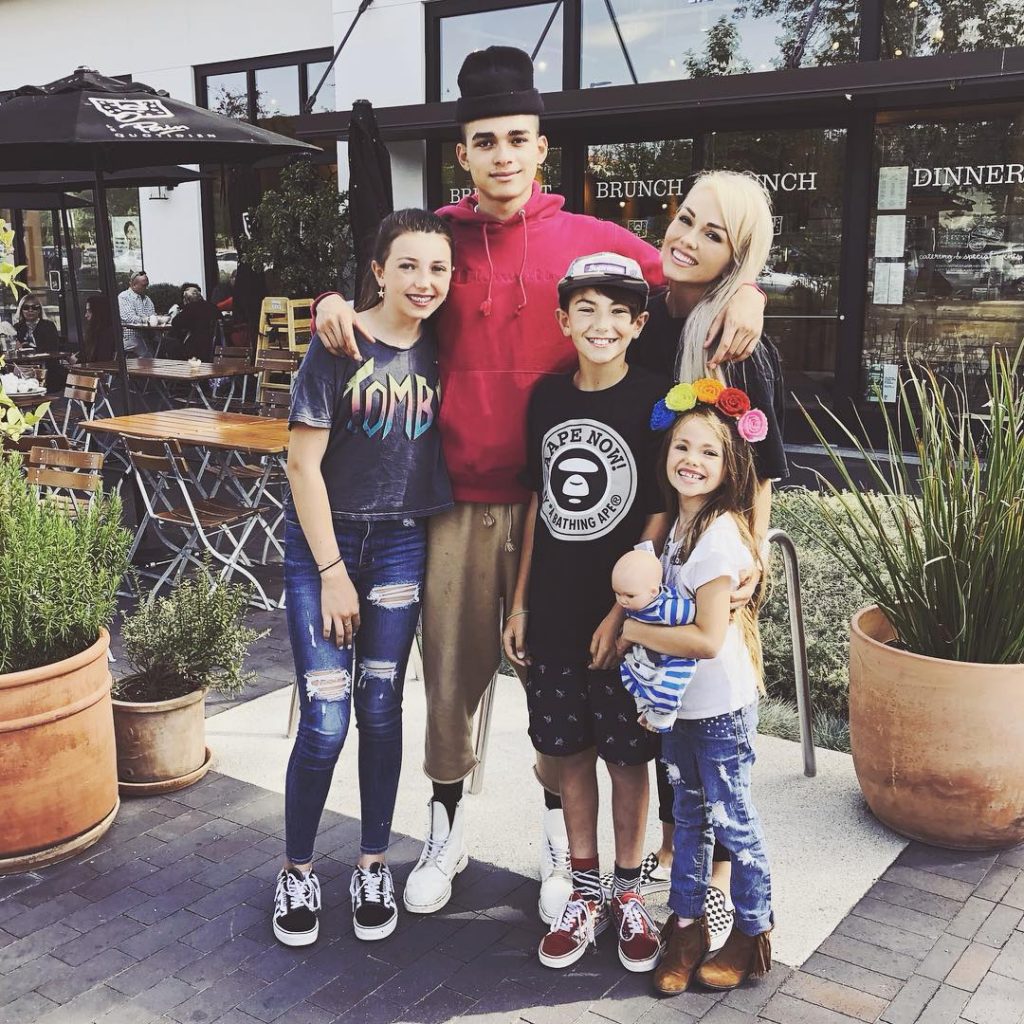 But Johnson’s first husband was reportedly verbally abusive and controlling. So, she decided to end the marriage and leave to raise her first child on her own. It was tough, and she had to shell out a lot of money for her son’s daycare.

Her son, Jordan Sannicks, is now an aspiring model who walked in the Prada show for Milan fashion week. He is from her first marriage.

Sannicks started out as a Los Angeles-based visual artist before he was a model. He is signed to L.A. Models.

Kandee Johnson got married for the second time and welcomed her second child, Alani Johnson. But she was not happy in this marriage either because they hardly knew each other.

When they were talking about getting a divorce, Johnson discovered that she was pregnant with her third child, who she named Blake Johnson.

For a while, things became really difficult for her as she was a single mother of three kids, raising them without financial or emotional support. But you won’t find many pictures of Kandee Johnson’s kids online.

Johnson’s second ex-husband asked her to not reveal the faces of their two kids before their custody hearing. It doesn’t look like things ended well.

But she moved on and found love again. And on September 13, 2015, Johnson got engaged to her long-time boyfriend, Michael Castro.

Kandee Johnson’s fiancé is also active on YouTube and creates videos on his channel. He is the singer of Castro the Band.

The way they met each other was really cute. For one of her new videos, Johnson asked people to tweet her new questions.

So, Castro jumped at the opportunity and tweeted, “Can I take you out to dinner?”

Johnson said, “Yes,” but they lived in different parts of the country.

Eventually, they started talking, and a few weeks later, Johnson was working at a festival near Castro. So, he drove down to the location and spent some time with her.

The two were often featured on each other’s channels and made fans laugh with their adorable antics together. But it’s been quiet on both ends lately, as neither has posted about each other in quite some time. However, there has yet to be confirmation of a break-up.

She is very much active on social media, particularly Instagram. Kandee Johnson’s Instagram account has 1.8 million followers. She loves to post photos of her work, her kids, and her family on the photo-sharing app.

Also Read: Everything You Need to Know about Makeup Vlogger Christen Dominique