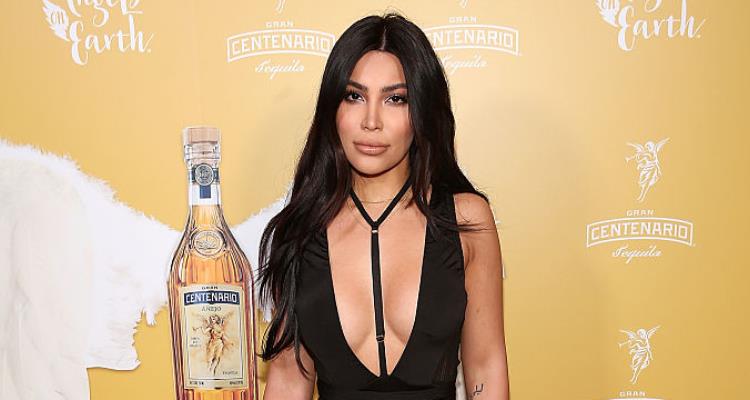 By now, it’s pretty obvious that Tyga certainly has a type. Ever since the Internet was first introduced to Tyga’s new girlfriend, Kamilla Osman, the consensus has been pretty unanimous: she looks almost exactly like a Kardashian! Read our Kamilla Osman wiki for more information on the Instagram sensation!

For months now, the Internet has been losing their minds over Tyga’s new girlfriend, Kamilla Osman, and when you see pictures of her, you’ll understand why! She’s practically an exact replica of another famous member of the Kardashian-Jenner clan! Keep reading our Kamilla Osman wiki to find out everything you need to know about the Instagram sensation and beauty blogger.

I been on the low key grinding .. low key shining. #damnGina

The pair were officially introduced to one another during a now infamous 2006 episode of Keeping Up with The Kardashians when Kim’s best friend, Jonathan Cheban, decided to hang out with Kim’s famous doppelganger. Initially, the unexpected run-in was super awkward, as all three parties were visibly uncomfortable with the whole situation!

In a petty attempt to make Kim—who had two young children at the time—jealous for neglecting to hang out with him, Jonathan decided to invite Kamilla out, literally replacing his long-time bestie with a similar version of her! Where were they headed? To a plastic surgery consultation, of course! As it turns out, all three of them ran into each other in the reception area and things got very weird, very fast.

Check out the clip of the episode here for a quick reminder of what happened!

There’s been a lot of speculation that Kamilla Osman purposely went under the knife with to look like the most famous Kardashian sister. However, Osman claims that their resemblance is purely coincidental, and that their similar ancestry might have something to do with it.

As we all know, Kim’s father, Robert Kardashian, was Armenian. Kamilla’s family, on the other hand, originates from the neighboring region of Azerbaijan, which explains the strikingly similar facial features, dark hair, eyes, eyebrows, and olive skin tone that the two beauties share.

While it’s not entirely unheard of for super-fans of celebrities to go out of their way (some even undergoing plastic surgery) to look like their idols, this was not true in Kamilla’s case. In fact, she claims that when she was in high school—during the time when the Kardashians first started causing a stir in the reality TV world—she had no clue who Kim Kardashian even was!

if you fly i am turbulence #PLTbyKourtney @prettylittlething

Has She Gone Under the Knife?

Admittedly, Kamilla has had some work done. When she was a teenager, she underwent a rhinoplasty following nasal reconstructive surgery to fix her deviated septum. At age 15, the Toronto-born social media sensation and beauty blogger also had a lip augmentation done, lamenting that she, unfortunately, inherited her father’s flat lips rather than her mother’s naturally voluminous ones!

Before surgery, Kamilla Osman probably didn’t look all that much different than she does now. She’s really only had minimal work done to slightly alter her appearance and mainly to realign her nose with the rest of her facial structure. That means, for the most part, her beauty is natural and she just happened to hit the genetics jackpot in looking almost identical to one of the most famous social media and reality stars today!

It certainly didn’t take too long for Tyga to notice her, that’s for sure! Just a few short months after his breakup with Kylie Jenner and finding out she was pregnant with Travis Scott’s baby, he started dating Kamilla. (Nothing like hooking up with your ex-girlfriend’s sister’s look-alike to soothe a broken heart, right?)

Check out Kamilla Osman’s Instagram to view some of her sexy Kim Kardashian-inspired pics! You won’t be disappointed!