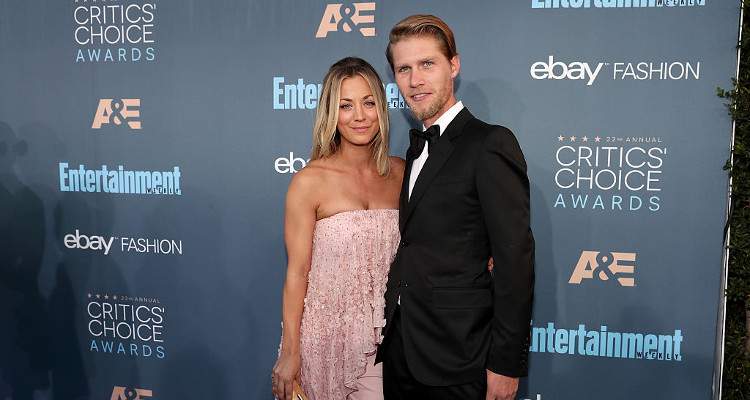 Karl Cook is on cloud nine after his girlfriend, Kaley Cuoco said yes! He gave her a big diamond engagement ring, and she couldn’t hold back her tears of happiness. Cook is an accomplished equestrian who has won top prizes in his sport. He comes from a wealthy family and dabbles in photography. We’ve got all you need to know about him here.

Karl Cook made Kaley Cuoco cry on her 32nd birthday! But they were tears of joy because he finally popped the question! He announced the couple’s engagement on Instagram writing, “Well after nearly two years I finally got up the courage to ask her to marry me. This is the best night of my life, and I think the video shows it is the best night for kaley as well…of she said yes! [sic]” Cook also shared a close-up shot of the fabulous pear-shaped diamond ring with the caption, “I am so so so happy. Thank you @nadis_diamonds for making the greatest ring I could hope for. Absolutely brilliant. Thank you thank you.” People are eager to know more about Kaley Cuoco’s fiancé, so we have some details from Karl Cook’s wiki.

Who Is Karl Cook?

Born on December 25, 1990, in California to Signe Osby and Scott Cook, Karl Cook’s age is 26. His father is the director of prestigious companies like eBay and Proctor and Gamble, while his mother is a professional equestrian who has owned a lot of horses. She was the one who influenced his decision to become a competitive professional equestrian himself. His sister, Annie-Laurie Cook, is also a competitive equestrian. Karl Cook started riding horses at the age of eight, and for the next 12 years worked with excellent trainers at Willow Tree Farm in Woodside, California.

Me and my purest love. Let's all collectively ignore the fact that I am more or less pinning her face against the side of the stall so she'll let me kiss her, love me for meeeeee??? @pomponioranch

In 2009, Cook started competing in the highest level of show jumping, the Grand Prix, and reached great heights in 2014 when he won four events. He’s won trophies riding his beloved horses Jonkheer Z, a Zangersheide stallion, and Basimodo, a Dutch Warmblood. Cook struck a bad patch in 2012 after ending up with a string of poor performances and almost quit the sport he loved so much. He and his horses found themselves unable to clear heights in jumping. At the time, he spoke to The Chronicle of the Horse and said, “It sounds silly, but I didn’t know how to do anything else, I really didn’t want to go to school, so it was either that and be very unhappy, or really get after riding.”

My perfect love and Norman for the best cause … please purchase these tees at bonfire.com #educate #adoptdontshop @rebeccacorry

Thankfully, Cook did not quit riding but instead rebuilt his training program. With the help of a new French trainer, he regained the passion and love for the sport. He was chosen as a member of the U.S. team for the European Young Riders Tour and was runner-up at the SmartPak Grand Prix in 2015. There is no information on Karl Cook’s net worth but considering his successful career and his family’s wealth, it must be substantial. Karl Cook’s Instagram is full of pictures of the lovely Kaley Cuoco (no surprise there!), horses, equestrian events, his pets, and of course the video of his proposal and the big ring in question. With a fantastic career doing what he loves, and the love of his life beside him, Cook is overjoyed at the bright future before him! We wish these two lovebirds nothing but the best!