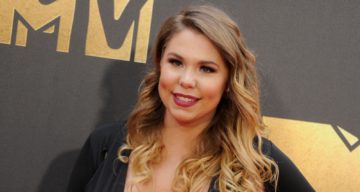 Teen Mom star Kailyn Lowry has had more than one major news for her fans this month. Besides announcing her decision to leave Teen Mom 2, she also went public with her latest relationship. Kailyn Lowry’s new boyfriend is identified as Elijah Scott, her neighbor at her Delaware residence. So far, the rumor mill has been churning tidbits about their relationship, but the reality star herself has not revealed much about him. She recently shared a huge milestone in their relationship, where Scott met Kailyn’s kids. And since then, fans have been curious about her new boyfriend. We reveal more about his background in this Elijah Scott wiki.

Elijah Scott is 23 years old and hails from Delaware. He grew up in Smyrna, where his family lives. He is the son of Chavise Scott and John Scott. His mother, Chavise, is a local nurse.

Elijah has at least one brother and one sister. His sister, Jasmine, served in the U.S. Army.

Elijah Scott graduated from Smyrna High School in 2015. Both Elijah and his sister, Jasmine, served in the military.

It’s unclear if he has been discharged or is still serving. On social media, he listed a job at Adidas and revealed he is a car enthusiast.