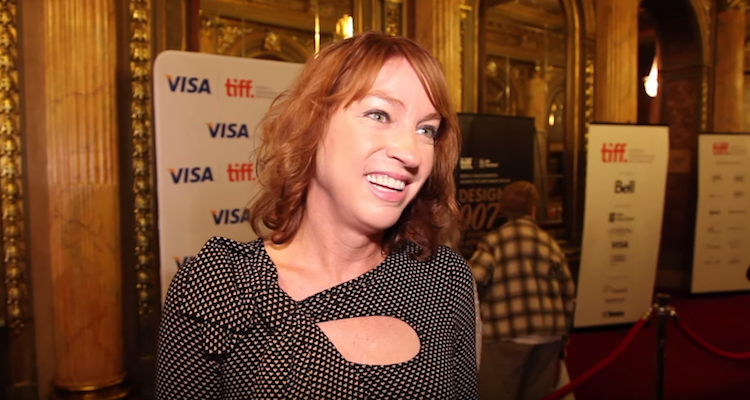 Writer and director Joss Whedon’s ex-wife called him a “hypocrite… preaching feminist ideals” in an essay she recently penned for The Wrap. Kai Cole’s essay, published Sunday, was followed by the decision to shut down the Whedonesque fan site. The question now is if that was a response to her criticisms or just a coincidence. Joss Whedon and Kai Cole’s marriage ended last year, but now their private lives are getting some uncomfortable public attention. Check out our Kai Cole wiki to find out more.

“There is misinformation out there [about their divorce] and I feel the best way to clear up the situation is to tell my truth.” Kai Cole, age unknown, wrote a scathing essay on The Wrap, exposing her husband and his alleged secret affairs with other women during their marriage. “He used his relationship with me as a shield… so no one would question his relationships with other women or scrutinize his writing as anything other than feminist,” she writes. Cole, an architect, split from the Buffy the Vampire Slayer creator in 2012, ending their 16-year marriage. The couple married in 1995 and their divorce was finalized in 2016.

The Essay Tells All

Cole reportedly suffers from Complex Post Traumatic Stress Disorder (PTSD), and claims her ex-husband’s infidelity contributed to her illness. “He always had a lot of female friends, but he told me it was because his mother raised him as a feminist, so he just liked women better. He said he admired and respected females, he didn’t lust after them. I believed him and trusted him,” she said, before revealing his first secret affair occurred on the set of Buffy, and then continued with actresses, coworkers, fans, and friends. She accused him of “deceiving” her, “so he could have everything he wanted.”

Moving On with Her Life

Whedon is widely known for writing powerful women into the scripts of his cult television shows and big-budget action movies. He was often praised for being a champion for women, and considered a feminist in an industry of alleged misogyny and sexism. Now, his image is tarnished by his own ex-wife’s detailed writings. The purpose of the essay, as she wrote, was to let Whedon’s fans and admirers know that he is human, and not who he pretends to be. She wants the organizations that have given him awards and recognition for his work for the feminist movement to think twice about keeping him on their lists. “But no matter what happens, or how people interpret this statement, I no longer have to carry the burden of Joss’ long-term deceit and confessions. I am free.” Now that Cole has made her statement and their divorce is finalized, she is going back to her work as an architect, and “slowly” regaining her life and self-esteem.

Kai Cole’s net worth is unknown. Her career history involves producing and acting, and she is the co-founder of Bellwether Pictures. She is known for her work in Much Ado About Nothing (2012), In Your Eyes (2014), and Professor Marston & the Wonder Woman (2017).

Whedon’s fan site has officially shut down amid the allegations, but the site owners did not announce their reasons for the decision. They did, however, indirectly reference Cole’s letter in their closing announcement, encouraging readers to donate to organizations that help people cope with Complex PTSD. The site’s Twitter account remains active. Whedon’s spokesperson commented about the essay saying, “While this account includes inaccuracies and misrepresentations which can be harmful to their family, Joss is not commenting, out of concern for his children and out of respect for his ex-wife.”