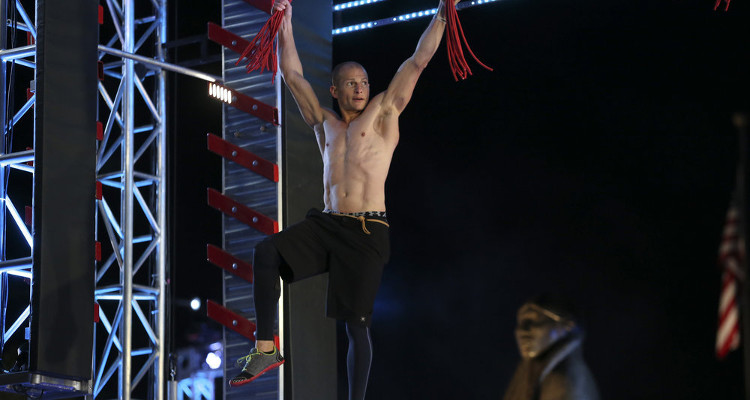 American Ninja Warrior is in San Antonio for the National Finals. Veterans, Kacy Catanzaro and Brent Steffensen took on the mega obstacle course and had everyone dubbing them the “Power Couple” of the show. However, headlines lately have stated that the two are no longer together, leaving fans wondering what their relationship status is. We’ve got all the details right here!

Kacy Catanzaro was the first woman to complete the obstacle course on American Ninja Warrior. Since then, she’s always been one to watch out for. Who is Kacy Catanzaro dating? At the moment, no one! But at one point, she was one half of the show’s “Royal Couple” with Brent Steffensen, who also competed for the National Finals in last night’s episode. For those who don’t know about Catanzaro’s relationship with Steffensen, we’ve got you covered with our Brent Steffensen wiki.

American Ninja Warrior was recently in San Antonio, where competitors tackled the fearsome obstacle course and qualified for the National Finals. To Brent Steffensen, last night was especially meaningful because it was before his home crowd. Being from San Antonio, there was something he always wanted to do: Jump onto a moving barge and talk to passengers.

When he was showing NBC cameras around his hometown, he showed off some simulations of his River Walk Ninja Warrior dream. He took ANW hosts, Akbar Gbajabiamila and Matt Iseman to the historic River Walk, where he elaborated on some of the scenarios he’d like to enact.

“I kind of jumped this railing and landed in the seat and said, ‘Hey guys, how’s it going?’” Very Ethan Hunt… He might get to check that off his wish list soon! But he also showcased the beauty and culture of San Antonio, including the local favorite fried snapper at Southerleigh restaurant. Yum!

When 38-year-old Steffensen is not hanging around giant obstacle courses, he’s hanging around movie sets! He’s a professional stunt man and has performed stunts in several movies. His latest work was in Maze Runner: The Scorch Trials.

Some of his other well known credits include Paul Blart: Mall Cop 2, The Internship, After Earth, Minutemen, and more. He also had a few minor roles in movies like Good Luck Charlie, and It’s Christmas.

Besides stunts, he also worked as a fitness model and acrobat. Steffensen also founded his own company, Alpha Warrior —a fitness training center for both civilians and military personnel.

Brent Steffensen is an eight-year veteran of American Ninja Warrior. He made it to the Las Vegas finals several times, and competed as a team with Kacy Catanzaro, who helped run Alpha Warrior with him. She trained with him for two years and they competed several times on the show. Steffensen and Catanzaro aren’t together anymore, but it doesn’t seem like their partnership is broken.

If anything, Steffensen is super proud of Catanzaro and how far she’s come. The show has revamped the rules so more females like Mighty Kacy can go as far as the men in the competition. Steffensen is not only all for it, he also encourages more women to qualify.

“It’s incredible that women are competing on the same course as men. But very few women were actually qualifying for finals,” he said about the new system, “The wild card used to get the women there, but some of them felt they didn’t deserve to be there. With this new system, the women can qualify and really earn their spot.”

#4. He Suffered a Heartbreak

We’re not talking about his breakup with Catanzaro. It actually doesn’t look like the Warrior Royal Couple parted on a bad note. They, however, shared a cute dog named Mr. Mogley, a schnauzer/Jack Russell terrier mix, who regularly appeared in each of their Instagram accounts. He even traveled with them to competitions and work!

Sadly, Mr. Mogley passed away before Steffensen’s 2017 ANW appearance. “We lost him two months ago. He was an old guy and had some major kidney issues,” said Steffensen. Mr. Mogley’s final appearance was during Steffensen’s photoshoot for the show this year.

Catanzaro was holding Mr. Mogley and Steffensen fed him during his last moments. “He led a good life. We took him everywhere we went. He was pretty loved.” The duo still posts throwback pictures of their beloved dog on Instagram.