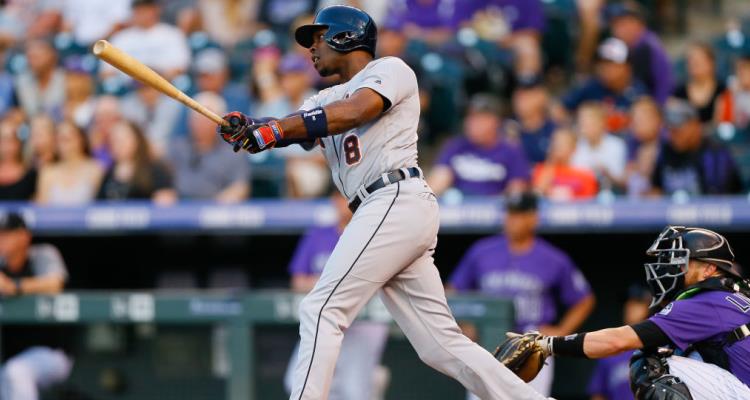 He started playing baseball young, being selected straight out of high school as the first overall pick in the 2005 MLB Draft. He made his actual MLB debut in 2007. Since then, he has won two Silver Slugger Awards and has been selected to four All-Star teams.

He also has an older brother, Melvin (formerly B.J. Upton) who’s also a baseball player. Justin is 6’2″ and weighs 205 lbs. and has 10 years worth of experience to bring to the Los Angeles Angels. He’s a four-time All-Star with Arizona, Detroit, San Diego and Atlanta. His net worth is estimated at a whopping $40.0 million!

Upton first joined the Detroit Tigers two seasons ago and signed a six-year contract for $132.0 million, in 2016. He’s also owed $88.0 million over the next four seasons, according to ESPN, and also has the option to opt out of the deal in November. There are no current details on how his move to the Angels will affect his wallet, but fans are speculating that it’s more than his previous contract with the Tigers.

The Tigers are headed toward rebuilding their team and since Upton is in it to win, moving to the Angels seems like the best play. He’s already spoken with the Tigers general manager, Al Avila to see which direction the team is taking, but it looks like the Tigers are losing another player. The Angels have suffered a few injuries to their pitchers and having Upton would make him an asset to the team. According to ESPN, Upton “has started 124 games in left field for Detroit this season and upgrades a position of need in Anaheim. Angels manager Mike Scioscia has used Cameron Maybin, Ben Revere and five other players in left this season. They’ve combined for a .244/.315/.341 slash line and hit seven home runs in 492 at-bats.”

With all the recent shuffling, it will be interesting to see how some teams play and whether or not they will improve. While loyalty is one factor, many players are thinking about how much they can make from lucrative trades.

Will Justin Upton be enough to get the Angels to the postseason? (Pic via @angels.republic)

Upton married his longtime girlfriend, Ashley Borror in 2015, in a Los Angeles hotel. He finished up a $50.0 million contract at the time and spared no expense on the special day, according to TMZ. The reception had the best alcohol, including scotch (Macallan 18!), there were boxes of Cuban cigars, and Brian McKnight even sang as the couple danced! There were plenty of famous guests and we can only imagine what the final bill came up to! He’s also a father, although you won’t find anything on his daughter, Sydnee Upton, since he values his family’s privacy.

If you’re looking for a peek into Upton’s personal life, then have a look at his official Instagram page. There, you will find posts about what he’s up to next and of course, anything baseball related! With an already bright past behind him, Upton is moving in a new direction, and it looks like he’s hit it outta the park, yet again.