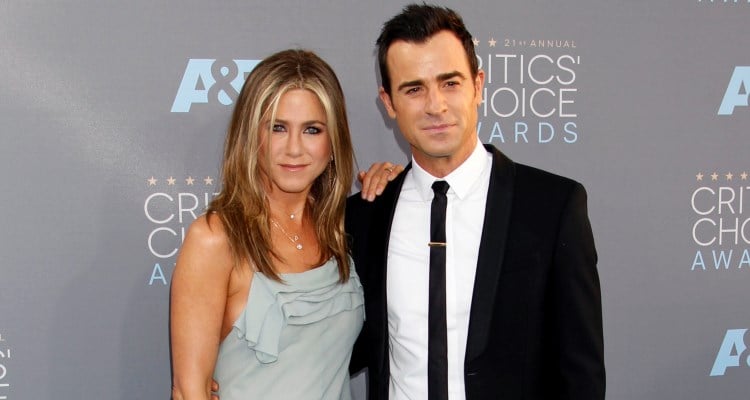 If you’re looking to get all the important details about Theroux as he turns the big 45 today, then you’ve come to the right place!

Justin Paul Theroux was born on August 10, 1971 in Washington D.C. His mother, Phyllis, is a journalist and author for The Washington Post and his father, Eugene, is a lawyer at Baker & McKenzie in Washington, DC. Justin graduated from Bennington College with a Bachelor of Arts in visual arts and drama in 1993.

You all remember Friends alumni, Jennifer Aniston, right? Really, who doesn’t! She may have started out with Brad Pitt, but that’s certainly not who she’s going to end with. Aniston and Theroux met while filming on the set of the movie Wanderlust, and began dating in 2011. They got married last year in August and just celebrated their 1-year-anniversary relaxing at home with friends, followed by dinner. Despite their hectic schedules, they do whatever they can to be together and don’t spend more than a couple weeks apart.

A Family of Writers

Justin comes from a family of authors and novelists, so it comes as no surprise that he would be interested in acting and writing as a career, as well. Aside form his mother being a journalist and author, Justin’s uncle Paul is a novelist and travel writer, his uncle Alexander is a novelist and his British cousins, Louis and Marcel, are journalists/documentary film makers.

Sex and the City

You may not remember this, but Theroux was on the hit HBO show, Sex and the City, as a guest star from 1998 to 1999. He played two different characters named Jared and Vaughan. The characters were complete opposites in personality but if you look closely, you can tell it’s the same guy. (You’re looking it up right now aren’t you?)

If you ever want to shoot Theroux a message, just use his personal Instagram account (@justintheroux)! It’s also where you will find all the latest photos in Theroux’s life, though his posts are sometimes strange to say the least! (You’re looking that up now, too, aren’t you!)