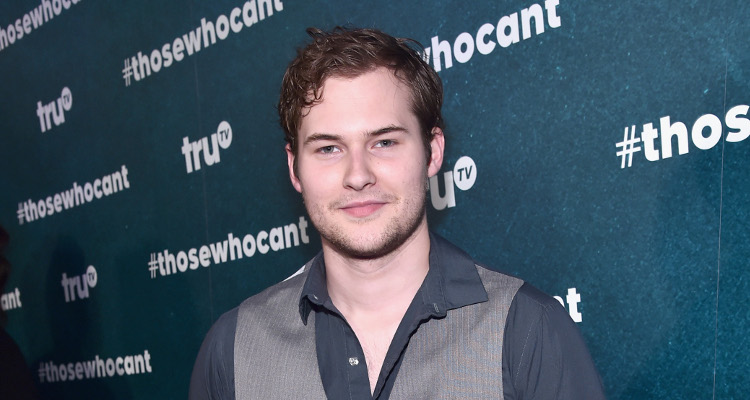 If you hated Bryce on 13 Reasons Why, then Justin Prentice did a mighty fine job of portraying the school’s villain! Contrary to the vile jock he plays, Prentice is very different in real life as we’ve learned through many of his interviews.

Justin Prentice has worked in a few famous shows, but he’ll go down in teen drama infamy as the monster-next-door in the Netflix series, 13 Reasons Why. He plays a villainous jock, Bryce, one of the 13 reasons behind Hannah Baker’s suicide. There’s nothing to love about Bryce, but Justin Prentice is absolutely delightful off-screen. We’re sure you’re dying to know about this up-and-coming actor, so we’re sharing our Justin Prentice wiki to get you up to speed with everything about Justin Prentice from 13 Reasons Why.

Prentice, who turned 23 on March 25, is a native of Tennessee. He grew up in Old Hickory (a suburb outside of Nashville) before moving to Los Angeles to pursue acting. Prentice starred in a few musicals, which encouraged him to take up acting. He roots for his home state’s football team, the Tennessee Titans, and the Tennessee Volunteers for college football.

Growing up, Prentice said he did all the cliché things people do in the south. “I grew up with a cabin so we’d always go out and hunt and fish and all that good stuff,” he explained. He added that he played a lot of sports, but it took a backseat when it came to academics and the arts. “And then I focused on acting to a little bit of music and what not. I guess musical theater was kind of my first intro, that and an improv class that I was in my school. Those are the two kinds of initial catalysts that set me off on the acting,” he said.

Also Read: Devin Druid Wiki: 5 Facts to Know about Tyler from “13 Reasons Why”

When Prentice was somewhere between six and eight years old, he told his mother that he wanted to be an actor. He moved to LA and landed his first professional acting gig in 2009 on Criminal Minds. From there, he went on to land roles on a few more shows, proving that he could tackle any genre. Well, we certainly know he can handle drama with his performances in 13 Reasons Why, Criminal Minds, and NCIS! But did you know he has a knack for comedy, too?

He worked on the short-lived ABC sitcom, Malibu Country, which became popular thanks to the Real Housewives of OC. Prentice has been in other sitcoms like Suburgatory, iCarly, MTV’s Awkward, The Middle, and Melissa & Joey. And what is a young actor if he doesn’t have Nickelodeon on his resumé? Justin Prentice has lent his voice to Nickelodeon shows, Legend of Korra and Winx Club: Enchantix.

Some of his film credits include Death and Bowling, Some Kind of Hate, Me Again, and Terri. He’s also got a few writing and producing credits to his name, as well. His debut writing production, Brownstone, is expected to release this year.

With great power comes great irresponsibility. No those aren't marshmallows. It's web. I'm a superhero. Shut up. #superhero #bittenbyaradioactivespider

#3. His Role in Glee was Controversial

Since his career began in musicals, it’s no surprise this young actor landed a spot on the musical series, Glee. He played Darrell, the boyfriend of Becky, a student with Down Syndrome whom Sue Sylvester took under her wing. The show (and Prentice) were lauded for giving Becky her own storyline within the series and depicting her character as having a normal life.

However, viewers were also critical of Becky’s boyfriend not having Down Syndrome. Some of the ideas were perpetuated by the show itself where Sue Sylvester thinks Darrell is taking advantage of Becky. But Darrell, and consequently Prentice and the producers, silenced everyone when he calls the National Association for Down Syndrome to ask if it was safe and okay to date someone with Down Syndrome.

Prentice said he was honored to play Darrell saying, “With a lot of these social stigmas, they just don’t need to be in place. Just by talking about them, we can often shatter them. People with Down Syndrome are people. Human beings are human beings, regardless of what makes us different.”

Justin Prentice is dating Annika Pampel. You might recognize her from her brief appearance on The Originals. The German-born actress is also a model, writer, director, editor, and producer. She studied theatre history and directing at Bayreuth University and received a Fulbright scholarship at Indiana University to continue her education. She graduated with a masters in film directing at the Savannah College of Art and Design in Georgia.

She acted in Hindsight, Mob City, and had other minor roles. Pampel has also worked in a few shorts as an actress, director, writer, and producer. She is the writer-director of Brownstone, in which she’s co-producing with her man.

Also Read: Funny “13 Reasons Why” Memes: If You’re a Fan of the Show, You’ve Got to Check These Out!

With my man @justin.prentice his #Netflix #premier yesterday eve for #13reasonswhy on the #redcarpet what a beautiful #show please support this #team of artists and #binge it this weekend. It's a #dark and #important subject based on a wonderful book by jay Asher

To play a bully on 13 Reasons Why, Prentice said he could draw from his own experience. “I was on a basketball team as a kid, and there were two twins who were a little older and a little bigger than I was, and there was some bullying going on there,” he shared. Prentice said he spoke to his parents who told him to stand up to the bullies. He did, “and it worked, but that doesn’t always work in real life.”

He prepped for the role of Bryce, who Justin Prentice doesn’t think is your typical jock and bully. To portray a teen who’s good on the surface but a real monster underneath, he spoke to a psychiatrist to understand what his character might be thinking and feeling in certain moments, like when he forces himself on both Jessica and Hannah.

We're in a book!!! Today we worked with the amazing @BooksontheSubway to hide 100 copies of @13ReasonsWhy throughout New York's subways. This book is so close to my heart, so get out there, find one, read it, pass it on to a friend, and then let us know what you're most looking forward to seeing brought to life. @13ReasonsWhy premieres March 31, only on @Netflix.