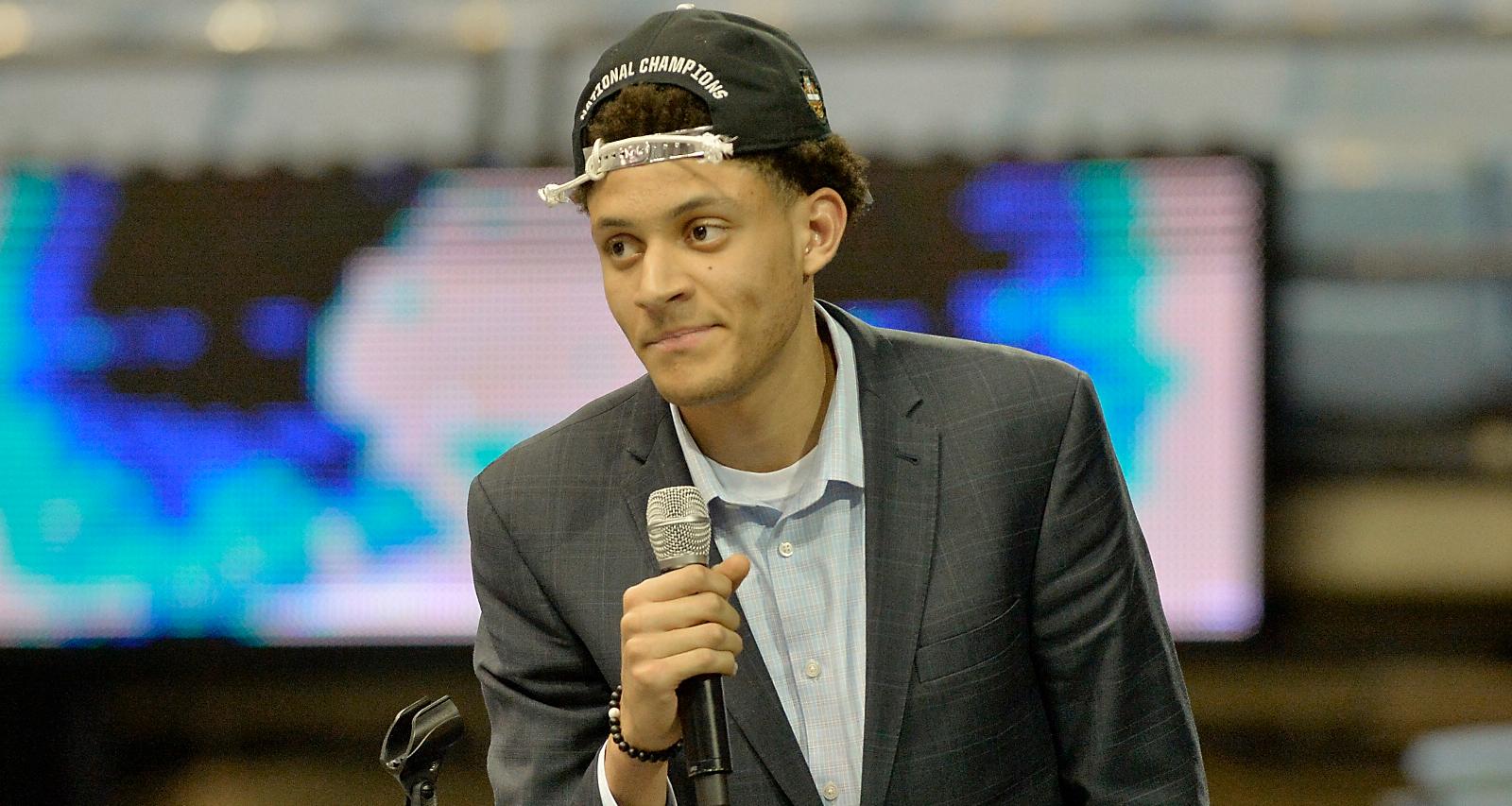 It’s clear that Brooke shares and understands the demands of Justin’s athletic life.

Brooke was a stellar basketball player in high school and in college at University of Florida. Towering at 6’2”, she played guard and wore No. 23 jerseys in dedication to her favorite players, LeBron James and Michael Jordan.

Brooke majored in telecommunication production while playing for the Florida Gators. She was a four-year letterwinner in her collegiate career and won multiple athletic and academic honors.

She also has a sister, Caroline Copeland.

Brooke Copeland and Justin Jackson met while playing AAU basketball, so they have known each other since their junior year of high school. They began dating in senior year.

They had a long distance relationship, with Jackson in Texas and Copeland in Tennessee. However, the distance seemed greater in college when she was in Florida and he was in North Carolina.

They took a break, but reunited in their sophomore years. They have been inseparable since.

She Married Justin Jackson in 2017

In his 2017 piece for Players Tribune, Justin Jackson said they had been together for a couple of years, and he hoped to marry Brooke Copeland one day. He acted upon his wish and popped the question to her in April 2017, shortly after entering the 2017 NBA Draft.

They tied the knot the same year in August in Chattanooga, Tennessee.

Jackson’s Tar Heels teammates and coaches were also among the friends and family present at their wedding.

Jackson was drafted by the Portland Trail Blazers and traded to the Sacramento Kings all on the same day. In February 2019, he was traded to the Dallas Mavericks.

Brooke Jackson moved to Sacramento, California to be with her husband. It was the first time they had been in the same state during the entirety of their relationship. And it now appears they will be heading to Dallas, Texas soon.

She Chose to Leave a Basketball Career

Brooke graduated with her bachelor’s degree a year early in August 2017. Ranked no. 10 in the country when playing in high school, she had all the makings of a potential career in the WNBA.

However, shortly before graduating, Brooke decided to end her basketball career. She didn’t consider where she could play after graduating; instead, she decided to dedicate herself to making a difference in the world.

In college, Brooke was active in giving back to the community. She has volunteered in Reason to Give, Best Buddies, and Climb for Cancer. She also went to Thailand in 2016 on a mission trip. She befriended a young tween, AnnaRose Van Sciver, who was battling cancer, during her regular visits to UF Health Shands Hospital in Florida.

A professional basketball career had always come second to helping others for Brooke. In high school, she claimed she wanted to be “a missionary to Israel.”

Brooke Jackson now aspires to start a global nonprofit to help underprivileged children all around the world. She even learned Swahili to make it easier to communicate when she volunteers in East Africa.

She Volunteers at a Down Syndrome Achievement Center

Brooke’s strong sense of service came from growing up with an aunt who had Down syndrome. Brooke had seen many mock her aunt for her appearance and refused to be that kind of person.

The young woman’s bigger build also made her feel like an outcast in high school, but she found solace in friends and teammates. The experience made her empathetic to others and inspired her to stand up for those who had disabilities.

Since moving to Sacramento with Justin, Brooke has gotten involved with Gigi’s Playhouse, a center dedicated to helping those with Down syndrome and other developmental disorders. Together with Justin and her family, Brooke held the first big fundraiser for Gigi’s Playhouse.

Gigi’s Playhouse has also earned the support of the Sacramento Kings. Justin and Brooke Jackson’s video with CoCo, a young Kings’ fan who has Down syndrome, has been met with a wave of positive response. Kings fans have lauded the couple for their work and called them an inspiration.

"I love him. I love Brooke." @JJacks_44 and his wife, Brooke, welcome CoCo into the family @GiGis_Playhouse #GenerationG 💜 pic.twitter.com/sU9fy7E9I4