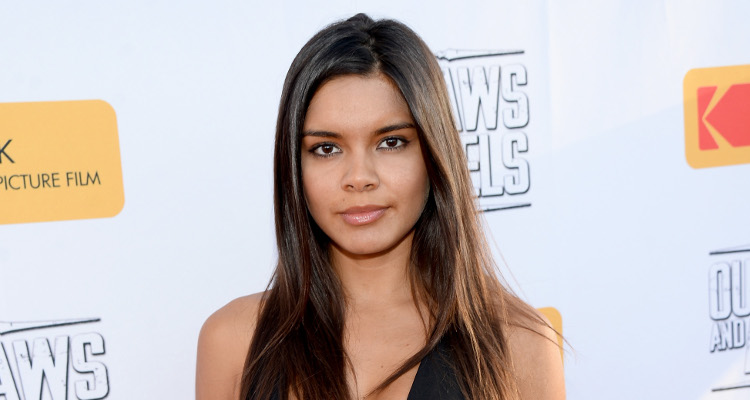 It looks like Justin Bieber has a new squeeze! He has been spotted on several dates with the gorgeous Paola Paulin. So, those rumors about him reconnecting with Selena Gomez are now put to rest.

Beliebers everywhere, prepare to be heartbroken because Justin Bieber might just be off the market, once again! The pop heartthrob was seen out and about recently with a new flame.

Justin Bieber’s alleged new girlfriend, Paola Paulin, is following the footsteps of Selena Gomez, Sofia Richie, and Hailey Baldwin, along with other reigning young starlets who have dated the Biebs in the past. Find out about the latest Bieber romance in our Paola Paulin wiki.

Who Is Paola Paulin?

Mexican-born Paulin was raised in Medellin, Columbia, where she pursued many extracurricular activities. Besides the arts like painting, guitar, and ballet, she was into sports like tennis and swimming.

Paulin spent several months of her childhood in the U.S. to perfect and improve her English. The multi-talented beauty speaks English, Spanish, and French.

She graduated from Pontifical Bolivarian University in Colombia with a degree in International Business Management. While attending university, she was one of 20 students representing Colombia in a project with the Organization of American States headquarters in Washington, D.C.

Soon after graduating, she was hired as an investment assistant by ProColombia, the Colombian Government Trade Bureau, so she relocated to Miami. Passionate about modeling and acting, she decided to follow her aspirations in 2012.

Feeling blessed to do what I love for a living ?❤️?… Que afortunada me siento de trabajar en lo que amo ?❤️?

From Modeling to Acting

She was featured in print campaigns for Skechers, Kohl’s, Bon-Ton, and L’Oreal, and was the face of the Nassau Paradise Island Tourism Board. She also did commercial ad campaigns for Coca-Cola and State Farm.

Well-versed in acting techniques like the Uta Hagen technique, Meisner technique, and The Lee Strasberg Method, it wasn’t long before she made a transition from model to actress. She further ramped up her acting resumé with screen action, improv, and comedy courses. Additionally, she worked with diction coaches for her English and Spanish-speaking skills.

She hosted Vida Miami TV for CNN Latino in 2011, which aired both in the U.S. and Mexico.

The 26-year-old also lent her voice for a stint on South Park. But her biggest on-screen credit came through HBO when she was cast alongside Dwayne “The Rock” Johnson in the critically-acclaimed HBO series Ballers, produced by Mark Wahlberg. The highly successful show, which recently wrapped up season 3, made Paulin a household name.

Paulin splits her time between Miami and Los Angeles, where she has recently been spotted cozying up with pop star Justin Bieber. The two have been on several dates recently, and according to a source, they are smitten with each other!

The newly-religious Bieber even introduced Paulin to Carl Lentz, the pastor of Hillsong Church and Bieber’s spiritual guide. After attending a church service, the fledgling couple enjoyed an “intimate, private date.”

When you are a grown up woman .. but you are spoiled and still like cookies and Disney movies for breakfast ? #rawseries by @alessandrafioriniphotography . Asi como cuando eres una mujer echa derecha .. pero quieres galletas y películas de Disney al desayuno ??

Sources say that they are not an exclusive couple yet, but they might be soon.

In an effort to turn over a new leaf, Bieber is taking Lentz’s guidance. The pastor’s stamp of approval on his new relationship is important to the “Baby” hitmaker because he has been led “astray” in past relationships. Lentz reportedly wants Bieber to mend his bad boy ways, as the women he dates tend to have a huge influence on him.

It appears that Paola Paulin has cleared Pastor Carl’s test, since she and Bieber looked very happy on their date together.