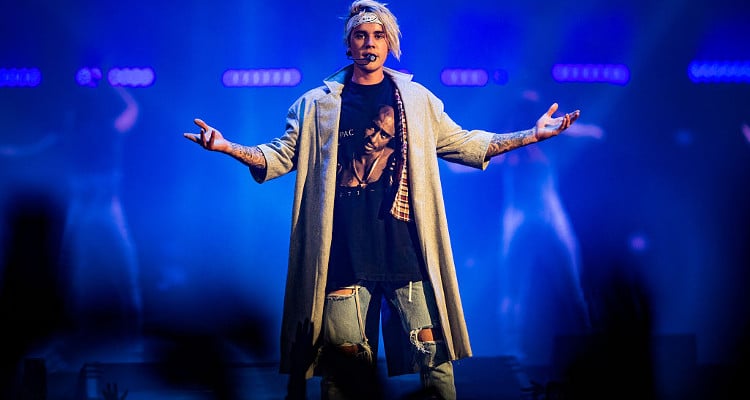 Justin Bieber was talking to the crowd at his Manchester concert on October 23, when they booed him after he asked them to stop screaming between songs. Bieber dropped his mic and walked off stage. Though he came back to complete his show, some of his fans are upset at his walking off. Bieber is having a tough time adjusting to his fans in England.

The Justin Bieber Purpose World Tour is having some major hiccups while in the midst of its English leg. There was a problem at his concert in Manchester City on Sunday, October 23. Justin Bieber walked off stage when the Manchester crowd booed him as he was talking to them in between his songs, imploring them to stop screaming. Bieber lost his temper as they started egging him on to resume the show. Multiple fan videos show the star dropping the mic, and walking off the stage. These Justin Bieber mic drop videos have gone viral, and people are divided over whether or not his walking off was justified.

Justin Bieber yelled at a concert crowd saying that screaming is disrespectful and obnoxious https://t.co/T6PoytGUjS pic.twitter.com/w4cFE6H3iY

A few moments later, Bieber came back on stage and said, “Manc [Manchester] can’t handle the talking so I won’t talk.” Just before the end of his performance, Bieber explained the situation by saying, “The reason I was getting upset earlier was because I traveled across the whole world to come here and I dedicate my life to performing and bring smiles to people’s faces. I feel that people were just not giving me the same respect back and it hurts a little bit so that’s why. But we’re gonna end it on this last song … “Baby”.”

Bieber’s mic drop has put his fans into two groups. One side defended the pop star and his actions while the other side is angry, maintaining that Bieber was wrong. Fans all over the world show their excitement in different ways while at concerts. Finding a way to connect to fans while performing his hit songs is going to be a challenge for Bieber.