Justin Bieber continues his string of physical alterations, this time with some new ink! What’s more, the tattoo is front and center on his face, making it an addition that his fans may love or hate. So, what is the tattoo of and why did he get it? Here’s a look at the first Justin Bieber face tattoo pic.

The tattoo was first seen in a picture the singer posted to his Instagram on Saturday, May 7, prior to a concert in Philadelphia. The text read, “Resting up for the show in Philly it’s gonna be a good one mark my words [sic]” with Bieber seemingly bringing no attention to his new ink.

However, the picture tells a different story as it shows Bieber, taking a close-up selfie of his face, covering his left side with his hand, bringing attention to the new tattoo on the right. The tat is small, but noticeable, being just to the side of his right eye. From a far enough distance, it probably wouldn’t look like any more but a mole or small blemish.

So, what is Justin Bieber’s new tattoo of, anyway? In what should come as no surprise to fans, it’s a small cross. E! News spoke with Bieber’s tattoo artist who said that the cross “was a representation of his faith in Jesus and his journey with finding purpose in God.” This is not the Bieb’s first tattoo displaying his religious belief as he also has angel wings on the back of his neck, a Bible verse (Psalm 119:105) on his right shoulder, and a larger cross across his chest.

Interestingly, back in February, Justin Bieber had stated to GQ Magazine that he would be much older before he considered getting a tattoo on his face. He told the publication,“Maybe when I’m really old, not super old, but maybe, like, 40s or 50s or something.”

He also said he would likely get “one above [his] eyebrow or something small,” and he obviously went with the latter. As for why he didn’t wait until he was older, we’ll just have to wait for Justin Bieber to comment on his new face tattoo! 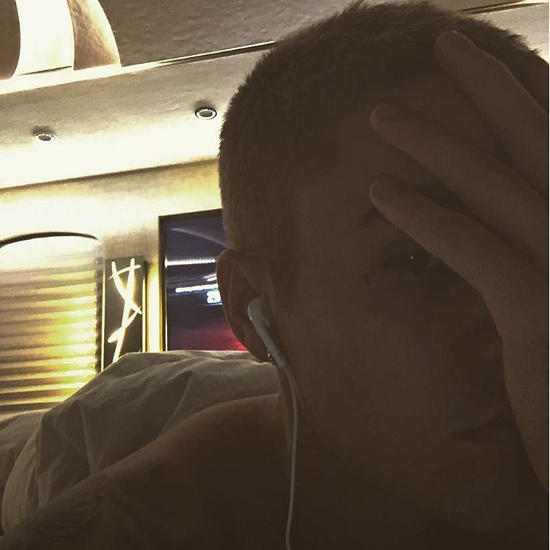