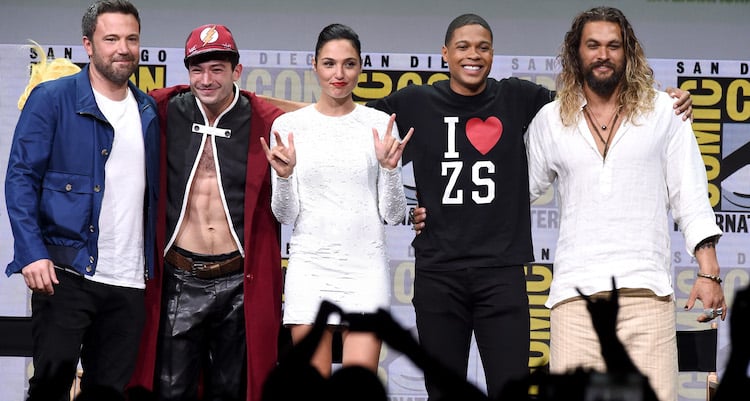 Post-credit scenes have become a staple of superhero films. Since the first Iron Man, fans of both Marvel and DC sit and wait through the credits and, more often than not, are rewarded with a bonus scene! Though sometimes a joke, the post-credits scene can often be a tease as to what may occur in the next film, or perhaps the next big group film. Justice League is no exception to this. Now, if you don’t want any spoilers regarding exactly what the Justice League post-credits scene entails, leave now as we will definitely be discussing Justice League spoilers. For those who do want to know everything (or may have seen the movie and you want more of an explanation of the post-credits scene), we have the answer to an important question: Is Flash faster than Superman?

About halfway through the credits, we get a scene with the Flash and Superman preparing to race to the Pacific Ocean. Superman jokes that if Flash loses, he’s out of the league! While this scene really doesn’t have much to do with the next film, it’s a great little easter egg for comic book fans. The Flash/Superman race has been a staple of the two characters since 1967. In the original race, the two heroes were requested to race by the United Nations to raise money for developing companies. Since then, the idea of the Superman vs. Flash race has been used a number of times from Superman: The Animated Series to this new Justice League film. The Superman vs. Flash scene isn’t essential to the plot of any upcoming DC movies, but it’s a great nod to fans. For the record, most of the time these races end in a tie, usually due to a supervillain interfering with the race.

That’s correct; there’s not one but two different post-credit scenes, and it’s the second that seems to lead to something beyond a wink and a nod to fans. We first go to the prison where Lex Luthor (Jesse Eisenberg) is supposed to be locked up. But, as it turns out, he somehow managed to escape! Cut to a yacht where Luthor is relaxing as a speedboat approaches. Driving the boat is Deathstroke, who is usually a villain for hire in the comic universe, and made an appearance on Arrow. As Deathstroke approaches, he removes his mask to reveal Joe Manganiello playing the character. Luthor wants Deathstroke to join his supervillain team but the movie goes to black before we get Deathstroke’s answer!

This scene is significant for a number of reasons. Prior to its release, we heard Eisenberg filmed a number of scenes, but was almost completely edited out, so it’s good to see he got at least some scene-time —and a fairly important one, at that!

Secondly, we got confirmation that Joe Manganiello is still Deathstroke. Originally, the character and the actor were attached to Ben Affleck’s solo Batman film, which Affleck was to write and direct. Now that he is no longer doing either (and perhaps giving up being Batman altogether), there was a large question about Deathstroke and Manganiello being part of the DC cinematic universe. These curiosities increased when Deathstroke, portrayed by Manu Bennett, reappeared on Arrow as there were rumors that the character was pulled from the show in order to protect it for the film.

As to where this scene leads, it could be the solo Batman film, it could be the next Justice League film, or the rumors of a standalone Deathstroke film could be true, too. But the cool thing is, it looks like Lex Luthor is building a team, so we can all breathe easy knowing it’s likely we’ll see at least one more film come from that collab! All we want to know now is; who else are they going to recruit next?