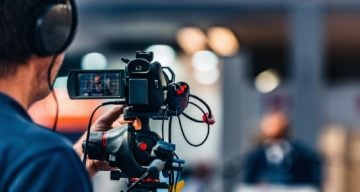 Jurnee Taylor’s beautiful smile brightens the mornings of North Arkansas residents. Region 8 News viewers have watched her reporting in the rain and floods. But soon, Jurnee Taylor is leaving KAIT-TV for a fantastic opportunity. Many are curious about her departure, particularly if she will also leave Arkansas. Continue reading to learn Jurnee Taylor’s next plans and destination.

Jurnee Taylor, a native of Little Rock, Arkansas, earned a degree in journalism from the University of Memphis in 2018. She also studied abroad at Germany’s Johannes Gutenberg University Mainz’s journalism program, where she broadened her knowledge and skills.

Taylor discovered her passion for journalism at Little Rock Central High School, where her teacher let her start her own YouTube show called Jurnee Through Central. While in college, she was also the student reporter of The Daily Helmsman, a student newspaper.

Furthermore, Taylor interned at WMC-TV’s Action News 5 in Memphis, Tennessee, before becoming a news content specialist there until 2019. She then joined KAIT-TV’s Region 8 News team as a reporter in 2019 and became a morning news anchor in February 2021.

Jurnee Taylor recently announced the bittersweet news of her departure from KAIT 8. And December 16, 2022, will be her last day at the station.

The anchor has accepted a new position at a news station in her hometown, Little Rock. So, she will be moving back there.

The talented anchor hasn’t yet revealed what station she’d be working at next. So, be sure to keep your eyes peeled on her social media and catch her last newscast at 4:30 a.m.