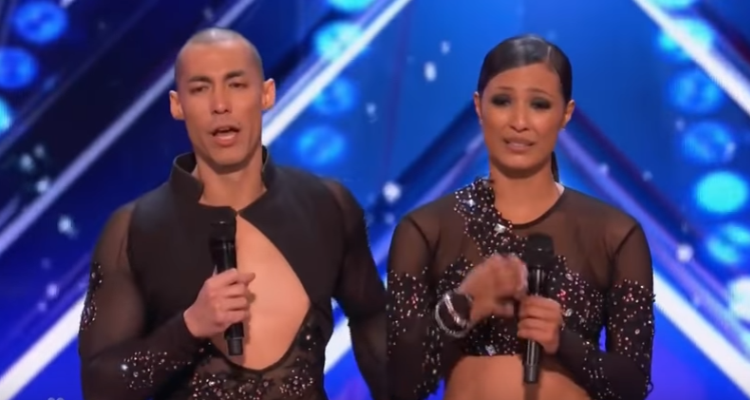 Who are Junior and Emily Alabi?

Junior and Emily are a brother and sister salsa dancing team originally from San Francisco, who are now living in Los Angeles, California. Junior and Emily have performed all over the world and are considered one of the hottest professional teams on the dance floor. They have toured all across the United States, Europe, Asia, Australia, South America, and Africa. They’re also eight-time National and International Salsa Dance Champions.

The siblings are known for creating their own unique dance routine, which has amazed on many stages around the globe. Now they’ve impressed the judges on this season of America’s Got Talent.

If you want to get to know the Alabi dance duo better or send them well wishes, then Emily’s Instagram account is the best way to do it. While you can reach out through other forms of social media, Instagram gives you the most updated view of their lives and plenty of pics. You can also visit the Junior & Emily YouTube channel and see some of their amazing dance routines.

We're so excited for the season premiere of America's Got Talent tonight. Be sure to tune in at 8pm on NBC!!! LOVE YOU ALL!!!❤️❤️❤️ #juniorandemily #AGT #americasgottalent #NBC

Junior and Emily are very close today, but they went through a hard time due to his many issues growing up. While being raised by a single father, Junior began partying a lot, getting into fights and selling drugs on the side. To keep him from getting into more trouble, their father enrolled them into dance classes. Junior eventually got arrested but realized that he needed to change his life before things got any worse. He didn’t want to see his sister’s life be ruined because of his actions, so he changed his ways. According to Billboard, dance saved Junior’s life and clearly it paid off!

Tonight on Tuesday’s live episode of America’s Got Talent, Junior & Emily’s salsa routine is back and the bar for the quarterfinals has been set! Could they take home the prize for $1.0 million? Fans seem to thinks so and that means they could spend all of their time headlining their own shows in Las Vegas, Nevada! They have certainly come a long way, both personally and professionally. The judges, fans, and viewers love them but it all comes down to the votes—and the competition.

This isn't just about us but it's about our Family, our Community, our Friends and everyone who has ever believed in us, supported us and loved us! We're all on this journey together and we couldn't be more Thankful for each and everyone of you who contributes to our lives!! We Love you all! #juniorandemily #agt #community #family #liveshows #nbc ????❤️

Catch their act on Tuesday’s episode of America’s Got Talent at 8:00 p.m. EST, on NBC!