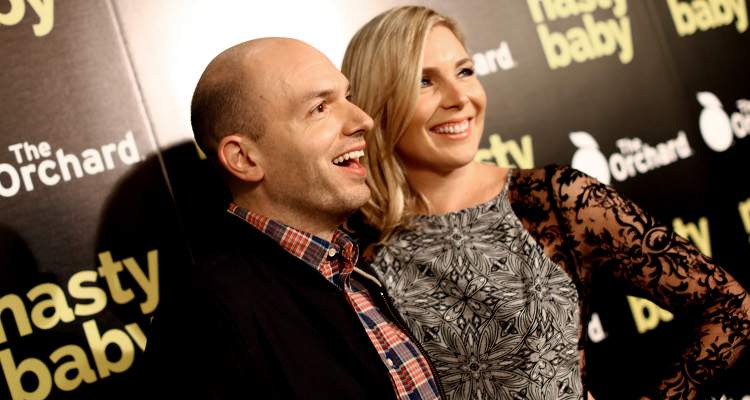 When June Diane Raphael’s not giving out praise-hands-emoji-worthy performances on Grace & Frankie, she hilariously dissects bad cinema with her husband. June Diane Raphael’s husband, Paul Scheer is the genius behind the popular podcast, How Did This Get Made? Learn all about him below!

You might remember June Diane Raphael’s husband, Paul Scheer from Veep. But the understated side to this funnyman is explaining how bad the movies we love really are! He can make a punchline out of anything and takes criticism like a pro. If this comedic genius slipped under your radar, you have to check out our Paul Scheer wiki below!

Many Feathers in His Hat

Paul Scheer’s website describes him as “an actor, comedian, writer, producer, director, and podcaster.” The New York native graduated with a degree in communications and education from New York University.

He came to mainstream attention when he collaborated with Aziz Ansari and Rob Huebel to make short films. Their videos landed them a sketch series on MTV titled, Human Giant.

He went on to play Dr. Andre Nowzick in the FX semi-scripted comedy, The League. He also co-scripted a handful of episodes for the series. 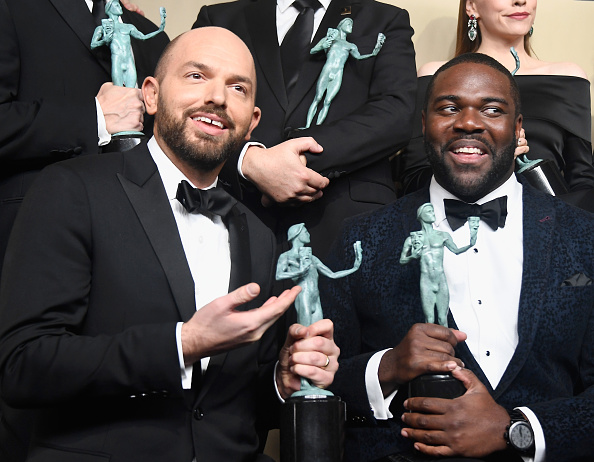 He appeared on the Nick Jr. puppet show, Yo Gabba Gabba. He’s also executive producer of the Hulu show, The Hotwives (a sort of parody of Desperate Housewives in which he co-stars).

He also parodied The Arsenio Hall Show and Total Request Live with the JASH web series, The ArScheerio Paul Show and ScheeRL.

The 42-year-old also ventured into the comic book business. He co-created the Boom! Studios mini-series called ALIENS vs. PARKER. He collaborated with Marvel Comics to pen special issues like Deadpool Bi-Annual #1 and a Guardians Team Up.

Along with all of this, he also performs in theater, as well as regularly organizes and participates in sketch comedy and improv shows.

Guide to a Bad Movie

The Disaster Artist actor is the creative genius behind the popular podcast, How Did This Get Made? on Eurwolf, a comedy podcast network. You don’t have to be a movie maniac to watch Scheer dissect why bad movies become popular!

Together with his wife, June Diane Raphael, and The League co-star, Jason Mantzoukas, Scheer deconstructs movies and what draws audiences to them. It’s all in good humor, too!

Each episode features guests that have included Chris Hardwick, Chelsea Peretti, Vanilla Ice, Kevin Smith, Amy Schumer, and many more. From Sucker Punch and Superman , to Furious 7 and Twilight, Scheer will make you question what made you watch those movies.

There’s also an episode on Tommy Wiseau’s The Room, that earned the dubious honor of being the worst movie ever made. He also appears in The Disaster Artist, based the book about Wiseau making the film.

Scheer met his future wife in 2004. The director of Manhattan’s Upright Citizens Brigade Theatre brought Scheer in to give some comedy advice to Raphael and her comedy partner, Casey Wilson.

He says she ignored him, but she denies that. She claims she took him out to lunch to thank him, though he only ordered water. They didn’t date right away, each assuming they were put in the “friend zone.” One of their first dates was even crashed by their friends!

But their relationship eventually developed beyond friendship. The couple tied the knot in 2009 in a small ceremony at the Santa Barbara Museum of Natural History. His best man was a Jack Nicholson impersonator! They are parents now to two boys: August (born 2014) and Sam (born 2016). 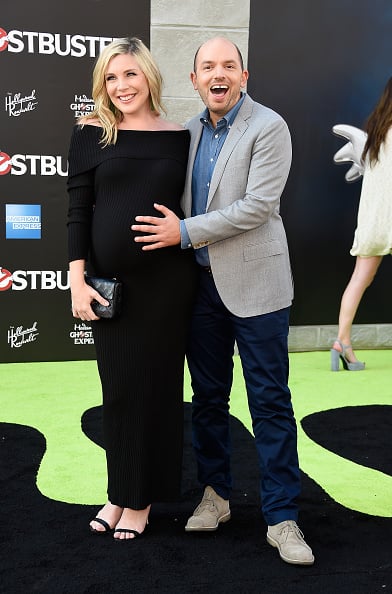 For someone with a unique and cute romance, the literary genre is lost on Scheer. So, when he apparently mocked a hockey-romance novel (an understated sub-genre), romance buffs lashed out at him for judging a book by its cover!

To prove that he’s not a total jerk, Scheer bought the hockey-romance novel, Score by Victoria Denault, which was his first romance novel. Not only did he read the book, he also live-tweeted his entire experience!

Scheer put aside his assumptions and found himself hooked on the romance! He even likened himself to one of the characters, and has a fantasy cast —Chris Pine and Emilia Clarke— should the book ever be made into a movie!

He then apologized for mocking romance novels, and now, Scheer is the latest inductee into the #RomanceClub.

I posted a pic of a hockey-themed romance novel called SLAMMED on IG. I'd never seen that juxtaposition & it made me laugh. Some in the romance community have taken me to task for this. In an attempt to right my wrong I'm going read it. Join me if you will #RomanceClub