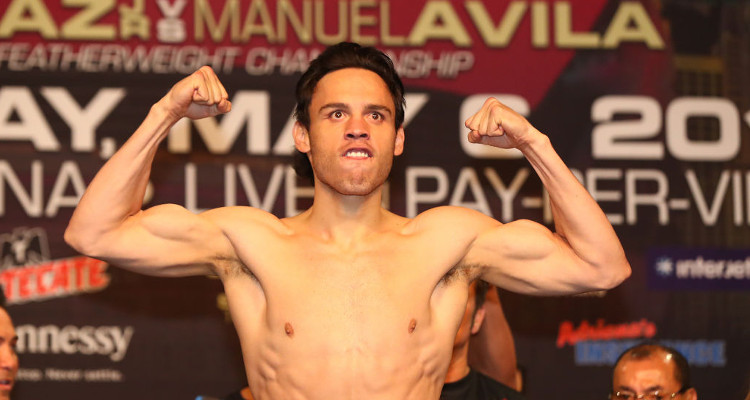 Julio Cesar Chavez Jr. is famous for being the son of the greatest Mexican fighter. He has his father’s skills in the ring, but his personal life is a mess. And he has a complicated relationship with his wife, Frida Munoz.

The undefeated middleweight champion from Mexico, Julio Cesar Chavez Jr., was defeated by Canelo Alvarez in a humiliating way. Fans were outraged by Chavez’s poor performance. What else can we expect from someone whose discipline issues have been criticized throughout his career? But that’s not what everyone’s talking about now. A leaked video of Chavez shows him partying it up with a couple of girls the night of his defeat. That video has enraged fans asking about Julio Cesar Chavez Jr’s wife. Is Chavez even married? Frida Munoz and Julio Cesar Chavez Jr.’s relationship is turbulent. Here’s everything to know about Frida Munoz.

Frida Munoz Roman was born in July 1987, which makes her almost 30 years old. Some details of her early life are unclear, including where she comes from. Some reports claim she is from Sinaloa, including one of the Federal Entities of Mexico where Chavez Jr. was born. Her youngest daughter’s birth certificate says Munoz is from California.

It’s possible that she moved to California from Sinaloa and took up permanent residence there. She has a degree in business administration but her job is not known. Munoz tends to keep out of the public eye, probably because of her previous relationship.

Before Chavez, Munoz was in a relationship with Edgar Guzman, the son of wanted Mexican drug lord, Joaquin Guzman or El Chapo. According to the book, The Last Narco: Hunting El Chapo, The World’s Most-Wanted Drug Lord by Malcolm Beith, Edgar was a student of business administration at the Autonomous University of Sinaloa. Munoz likely studied there, too. She was Guzman’s common-law wife and they had a daughter named Sofia, together.

Edgar and his cousin died in an ambush by a rival cartel in 2008 and Munoz identified his body for authorities. She was later in a relationship with Chavez, which initially caused the fighter problems due to her connections with the infamous drug kingpin.

Munoz came forward to set the record straight, saying that even though she had a relationship with the deceased son of El Chapo, she had no connections with the cartel. Her father had no intention of having a relationship with his granddaughter, though her paternal grandmother, Griselda Lopez, keeps in touch.

Sofia sees Chavez as her father figure and he has a close relationship with her. In 2014, the couple welcomed their first child together, Julia. Things seemed fine between the two, until the boxer’s Twitter rant last year.

The former Middleweight World Champ went on Twitter to tell the world that Munoz ran off with their daughter after an argument. In a series of now deleted tweets, he feared that she had left the country with Julia. However, it was Chavez Sr. who clarified his son’s tweets, confirming that his granddaughter and daughter-in-law were okay. That ended the matter but raised another question: is the boxer and his baby mama married?

From the looks of Chavez Sr.’s tweets, it would appear so. However, there’s no official record of the younger boxer’s wedding to Frida Munoz. We just have to wait for official confirmation to find out!

“I think 164 is good. I feel well. It’s very important b/c @Canelo is fast. I can’t give any advantages away.” – @jcchavezjr1 on weight loss pic.twitter.com/wb24dLL1md