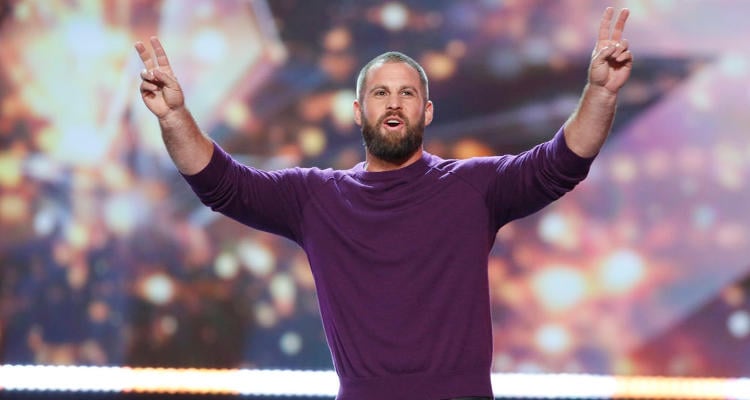 Thanks to America’s Got Talent, Jon Dorenbos quickly became a household name across America. The 36-year-old professional footballer is already well-known in the NFL, but his stint as a magician on season 11 of the hit reality show, America’s Got Talent catapulted him to fame. Fans of the Philadelphia Eagles long snapper are fascinated with the talented footballer-turned-magician’s life and are searching the Internet for Jon Dorenbos’s wife, Julie Dorenbos, and their divorce. Don’t go anywhere else, because we’ll tell you everything you need to know about Julie Dorenbos’s divorce right here.

#1 She Owns a Tanning Salon

Julie Dorenbos, formerly known as Julie Lynn Lesecki, has been in the spray tan business for quite some long time, and she co-owns an airbrush tanning salon called The Skin Palette, in Philadelphia. She owns the spa along with Jon Dorenbos’s former teammate, Brent Celek’s wife, Susie Celek. Back in 2012, she had kicked things up a notch by getting herself body painted!

#2 They Had a Magic-Themed Wedding

I couldn’t be happier than to spend my life with this smile. This smile starts my day. I love you @missannalisedale #happy #love #eagles #philly

Jon Dorenbos and Julie met at a corporate event in Philadelphia in 2010. It was love at first sight for Julie, who was selling annuities at the time. She was so touched and impressed by the motivational speaker at the event, who was none other than her future husband, Jon. A lovestruck Julie sent the professional footballer an email, and the rest is history. Dorenbos responded to her email and asked her out to dinner.

The former couple said their wedding vows in front of 250 guests, at their extravagant magic-themed wedding at the St. Augustine Catholic Church in Philadelphia. Jon and Julie Dorenbos celebrated their honeymoon in Jamaica and St. Lucia. At the time of their wedding, Julie had given an interview in which she stated, “Jon plays for the Eagles but his real profession is a magician. I wanted the wedding theme to be magical, but not too overdone.” Unfortunately, the marriage didn’t last long, and the couple got divorced in 2015. It looks like Jon has found love again with Annalise Dale, a casino executive.

#3 She Wears Many Hats

As a graduate of Gettysburg College, Julie Dorenbos held several jobs in the past. She was an internal business development manager at the ING USA Annuity and Life Insurance Company, after which she worked at a firm called Safe Harbor Financial for a while. In 2013, Dorenbos was a co-host of The Great Sports Debate on Comcast and made frequent guest appearances on the SportsRadio 94WIP. She is also a beauty and fashion blogger.