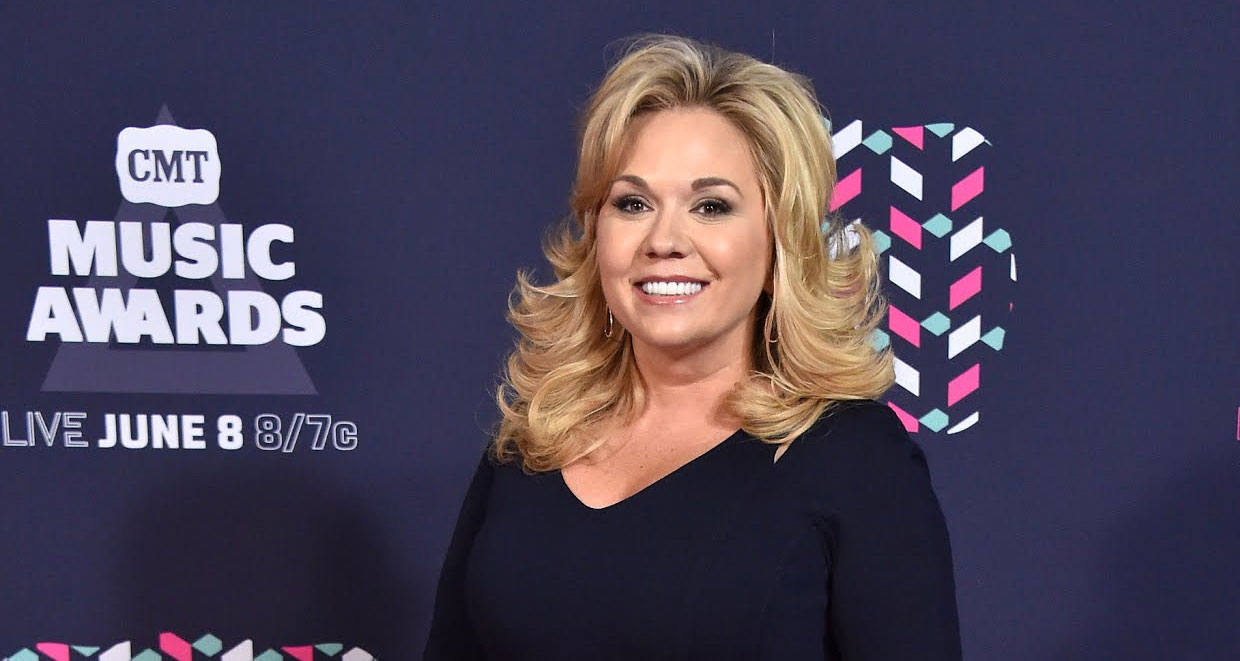 Julie Chrisley overcame a tough childhood, and her brother’s suicide to become a successful businesswoman whose popularity helps her sell the products she promotes. Julie Chrisley’s estimated net worth in 2018 is $3.0 million and growing, as her influence on social media increases. There is more to the Chrisley Knows Best matriarch than meets the eye!

If you are a fan of Chrisley Knows Best, you surely know who Julie Chrisley is. Married to Todd Chrisley, a man who made all his money from dealing in real estate, she is standing by his side, even as he faces financial troubles.

How Much Does Julie Chrisley Make?

Julie Chrisley’s salary is estimated to be $260,000 per year. Though she worked in several low paying jobs when she was younger, her fortunes rose after she married Todd Chrisley, who was as ambitious as they come. After their marriage, he set up several lucrative job opportunities for her, which she happily accepted.

Julie supported him throughout their relationship, and Todd was able to amass a decent fortune before landing in trouble.

A Childhood without Luxuries

Born on January 9, 1973, in South Carolina to a Baptist minister named Harvey Hughes, and a bank teller named Pam, Julie Chrisley’s age is 45. Her childhood was simple, without many luxuries. Her family lived in a trailer for a long time.

Julie’s life was shattered when her younger brother, Trey Hughes took his own life. Her way of dealing with it was to work hard, and keep busy.

There is some controversy regarding Julie’s relationship status when she first started dating Todd.

It was reported that Julie married Kenneth Wayne Childress on March 15, 1991, and that they fall in love in high school. The claim added that Julie dated Todd while still married to Childress, which eventually led to their divorce, and the current couple’s subsequent marriage.

For a long time, Julie Chrisley lived with her family in the $2.4 million, 30,000 sq.ft. mansion in Georgia where the initial seasons of Chrisley Knows Best were shot. However, she and her family now live in Nashville, Tennessee, where season 6 of the show is being shot.

Things have been tight for the Chrisley family since 2012, when Todd declared bankruptcy. In 2013, he filed for corporate bankruptcy for his company Chrisley Asset Management.

It was a bit of a comedown for Todd, who at one point in the show boasted that he was spending over $300,000 a year on clothes alone.

However, thanks to Julie Chrisley’s steady income, and an estimated net worth of over $3.0 million, they managed to maintain their lifestyle. And now that some of their children are financially independent, Todd and Julie have fewer creases on their foreheads.

A Promoter and Brand Ambassador

Ice cream sandwiches, red velvet cake and orange creamsicles on a diet? This is THE LIFE! Ready for a diet that doesn’t skip dessert? Go to Nutrisystem.com/Julie for 40% off an easy-to-follow plan including your favorite meals and snacks made healthier to make weight loss EASY!! ?? ・・・ #Repost @juliechrisley Happy Monday! I’m so happy that people are starting to notice my weight loss! Thank you @nutrisystem you’re the best. Use my code to get started today. www.nutrisystem.com/Julie40 #nutrisystempartner #ad #keeponkeepingon

Julie Chrisley is the brand ambassador for nutrition company, Nutrisystem. She tried their products and claimed that she lost her target weight because of them. In May 2018, she promoted a marketing initiative for the company, where new customers received 40% off on their purchases at Nutrisystem.

Julie Chrisley is also a partner with the organization, FabFitFun which delivers a box full of beauty, wellness, fashion, and fitness products four times a year. She promotes their products and unique offers, as she is herself uses them. With each delivery, she opens each box live to the hundreds of thousands of followers who love her beauty and health-related advice.

Another product that she promotes is an anti-allergy medicine called Day Clear. Her pitch is that allergies are common in Nashville, and if people want to avoid the symptoms, they should buy Day Clear as it works faster than its competitors, and helps with all types of allergies.

Julie Chrisley also promotes Teami teas, with particular emphasis on their Alive blend. She promoted a marketing initiative for customers to get a gold Teami tumbler along with the tea, and a discount on their purchase.

Another product that is partly selling thanks to her promotional efforts is Sugar Bear hair vitamins, which promises healthy hair, and has other celebrity endorsements from stars like Kylie Jenner, Emily Ratajkowski, and Khloe Kardashian.

Chrisley regularly speaks at various business forums and exhibitions, for which she is paid handsomely. Her personal success and strong personality help inspire women to live life to their full potential.

It is obvious that Julie Chrisley uses her popularity and clout on social media to promote products that she personally believes in. After all, she has over 555,000 followers on Instagram.

She wields considerable influence over her fans, who trust her opinions on the products she endorses. She gets paid for her promotional efforts, brand endorsements, and image to the tune of $1,249.5 to $2,082.5 per post.

Chrisley enjoys cooking and has a passion for making delicious food that thrills her family. She likes to share her recipes and expertise with fans through her web series, What’s Cooking with Julie Chrisley. The show became very popular, and recently won an industry award for its content.

What's Cooking With Julie Marathon Promo Video Don't miss the all-day Chrisley Knows Best marathon starting today at 9/8c on @USA_Network! There may even be some fun kitchen surprises from me!

Facing a Lawsuit from Her Ex-Lawyers

The lawyers who helped Julie Chrisley negotiate the contract for Chrisley Knows Best have accused her of playing dirty, and have filed a lawsuit against her.

The law firm, Lewis Brisbois Bisgaard & Smith LLP, filed a suit over alleged unpaid bills. They claim that, despite several assurances from her that their pending bills would be paid, Chrisley never actually forked out the money.

The lawsuit says that the firm negotiated seven talent agreements for Chrisley, and worked out a deal with a film production company, but haven’t been paid for their services. The firm sued Chrisley for the unpaid balance of $40,565.63 and is seeking an interest of 18% per annum from October 2013 onward.

These days, Julie Chrisley is busy working on Chrisley Knows Best, which is currently airing its sixth season. She is also spending time working on her cooking show and trying to source as many delicious recipes as possible for her adoring fans. The Chrisley matriarch has her hands full with her professional and personal commitments.

Julie Chrisley’s Estimated Net Worth Compared to Other Reality Stars