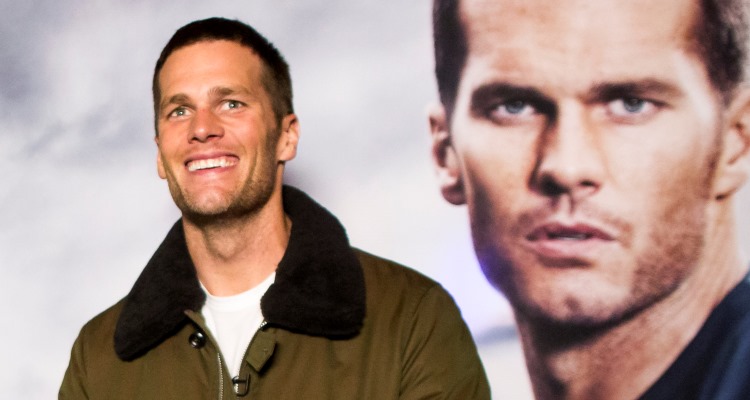 Julie Brady is better known as the sister of football superstar Tom Brady and the wife of ex-baseball player Kevin Youkilis, but she has her own identity, too. She was born on the same day as Tom, but three years earlier. And funnily enough, she got advice on her love life from him when she was dating Youkilis! She has three children of her own and lives with Youkilis in Los Gatos, California. Read more about her in our Julie Brady wiki.

It’s not easy to hold your own and be yourself when your brother and husband are world-class famous sportsmen, but that’s exactly what Julie Brady has done. Her brother is the football quarterback for the New England Patriots of the NFL and her husband, Kevin Youkilis, is a former baseball player, who mainly played for the Boston Red Sox. Here are a few details from Julie Brady’s wiki.

Born on August 3, 1974, in California, to her parents Galynn Patricia Brady and Tom Brady Sr., Julie Brady’s age is 43. She has three siblings; Maureen Brady, Nancy Brady, and the most famous of them all, her brother Tom Brady.

Julie & Tom Brady are Not Twins!

Even though they were not born together, Julie Brady is sometimes called Tom Brady’s “twin sister.” That’s because they share the same day of birth August 3. However, Tom Brady was born in the year 1977, making Julie Tom’s older sister by a good three years.

In fact, in honor of their joint birthday in 2017, Tom posted a famous Instagram photo captioned “When you share the same birthday…and also great fashion style! Happy birthday sweet Julie! I love you! Thank you for being the best second oldest sister in the world!” That’s because Julie is younger to the oldest sibling in the Brady family, Maureen Brady.

Julie’s Parents Have Been Married for Over Four Decades

Julie Brady’s parents have been married to each other for over 45 years, and according to reports, their union is still going strong! Tom Brady Sr. is of Irish descent and was born on May 6, 1944, in San Francisco, California. He was an insurance consultant for years, and his son Brady Jr. credits his competitiveness on the field to his father.

Brady Sr. too has a love for sports and likes to play golf and baseball. Julie’s mother Galynn married Brady Sr. on April 19, 1969, and the couple has been together ever since. Even though their son Brady Jr. is a sports superstar and has a net worth estimated to be over $180.0 million, Galynn and Brady Sr. still live in the same home in San Mateo, California, where they raised their children for over 40 years. It looks like for the Bradys, home really is where the heart is!

Galynn is of Polish, Norwegian, and Swedish descent and has even been featured in a commercial with Brady Jr. They both are shown making pancakes in the 2014 ad, which must have been a walk in the park for Galynn as she has been a homemaker all her life!

Julie Brady is married to former baseball player Kevin Youkilis, who used to play as a first baseman and third baseman for teams like the Boston Red Sox, Chicago White Sox, New York Yankees. After his time in the MLB (and a slew of injuries), Youkilis spent some time playing ball overseas.

He signed with the Tohoku Rakuten Golden Eagles in 2014 and played with them that season, before announcing his retirement at the end of the year. He went on to become a scout and development consultant for the Chicago Cubs.

But amid his exciting baseball career, he met and married the love of his life, Julie Brady. He married Julie in April 2012 in a quiet wedding ceremony in New York City amid rumors that Julie was already pregnant.

Julie Got Advice from Tom to “Go Slow”

A year later, Julie and Youkilis were featured in a 30-minute program on the YES Network along with their infant son. The two didn’t waste any time after getting hitched to grow their family! Julie revealed on the show that her kid brother Brady Jr. had told her to “take it slow” when he found out that she had started dating Youkilis. (So much for listening to baby bro!)

Julie is now the mother to the two kids she has had with Youkilis; Zachary and Jeremy. She also has a daughter named Jordan from an earlier relationship.

Julie Has a Full-Time Job Raising Her Children

Right now, Julie is busy taking care of her family and raising her children to be achievers and responsible adults. After all, they have a rich legacy behind them! Julie lives with Youkilis and their children in their home in Los Gatos, California. Don’t be surprised if you see some world-class sports persons emerge from her family in a few years!