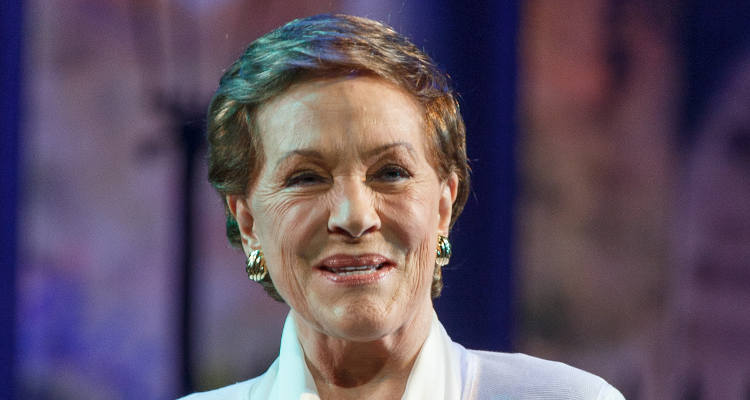 Is there anything that dame, Julie Andrews can’t do? The veteran actress debuted her directorial venture with the famed Broadway musical, My Fair Lady in Sydney, Australia this week. The musical that was originally based on George Bernard Shaw’s Pygmalion, celebrated its 60th anniversary this week. The 80-year-old actress, singer, and dancer had portrayed the role of Eliza Doolittle in the original musical, back in 1956. It set a record for the longest run of any major musical theater production in history! A film of the same name, starring Audrey Hepburn as the lead role, was released in 1964.

My Fair Lady, 1956 ???????? Did you know that Julie Andrews is directing a 50th anniversary production of My Fair Lady in Sydney, Australia? Check out @myfairladyaus for more info!! |#julieandrews #myfairlady

My Fair Lady, a production by Lerner & Loewe, showcased performances at the Joan Sutherland Theatre at the Sydney Opera House, and will travel to Brisbane and Melbourne, as well. The hit musical took the world by storm with its debut in 1956, telling the simple but captivating tale of a Cockney flower girl, who is taught how to be a lady by a brilliant and demanding phoneticist, Professor Henry Higgins, originally played by Rex Harrison. The original production of the Alan Jay Lerner and Frederick Loewe musical was directed by playwright Moss Hart.

The musical features three-time Olivier-winning English actor, Alex Jennings, as the phonetics professor Henry Higgins, Australian star Anna O’Bryne as Eliza Doolittle, Reg Livermore as her father who is a dustman, and Robyn Nevin, who will play Mrs. Higgins. Other actors in the Broadway musical are Mark Vincent as Freddy Eynsford-Hill, Tony Llewellyn-Jones as Colonel Hugh Pickering and Deidre Rubenstein as Mrs. Pearce.

It was earlier revealed that Andrews (as well as the show’s producers) were keen on “recreating the original production in its entirety.” The team has been on a scavenger hunt, searching for any remaining ground plans, costume and scenic designs from the original, My Fair Lady that had opened at Broadway’s Mark Hellinger Theatre. The creative team includes Tony-winning choreographer Christopher Gattelli, musical director Guy Simpson, set designer Oliver Smith, costume designer Cecil Beaton, lighting designer Richard Pilbrow and sound designer Michael Waters.