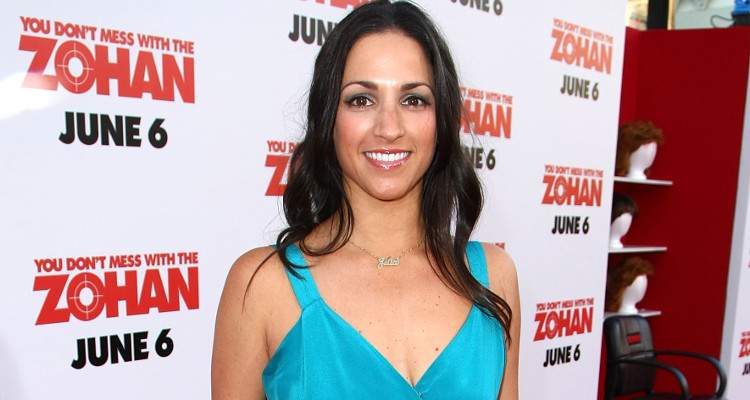 Yet another sexual harassment scandal has rocked Hollywood and this time, it involves a beloved comedian. Louis C.K. has been accused of sexual misconduct by at least five women. One of Louis C.K.’s accusers is fellow comedian and actress, Julia Wolov. This is the latest in a long line of sexual harassment claims against some of the most powerful men in Hollywood.

Louis C.K. is an award-winning comedian and actor known for his distinctive and bold comedy routines. The comedian also has many sold out shows and films to his credit.

After the accusations became public, the premiere of Louis C.K.’s new movie, I Love You, Daddy, was canceled on Thursday.

So, who is Julia Wolov and what accusations has she made? Find out more about Louis C.K.’s accuser in our Julia Wolov wiki.

She’s an Actress and Comedian

A quick look at Wolov’s background shows that Wolov is originally from Tulsa, Oklahoma, and now lives in Los Angeles, California. Julia Wolov’s age is 45. She graduated from the University of Indiana and began a career in writing and performing in the early 2000s.

Wolov’s work includes writing scripts for her comedy show, acting in movies and television shows, and performing on-stage with fellow comedian, Dana Goodman. She gained popularity with comedy fans after her appearance on MTV’s Punk’d.

While working on a few television shows, Wolov also pursued acting on the big screen. Julia Wolov’s movies include 2005’s sequel, Deuce Bigalow: European Gigolo, and the 2008 comedy hit, You Don’t Mess with the Zohan. She also acted in other films such as Bedtime Stories, Just Go with It, That’s My Boy, and more.

Although we’re sure that Wolov has earned quite a bit through her comedy performances and acting career, Julia Wolov’s net worth is not known.

The Partnership with Dana Goodman

Wolov’s stand-up comedy act gained a further boost after partnering with Dana Goodman, a fellow comedian. She met Goodman in 1995 at the Improv Olympics in Chicago. Both of them loved the same kind of humor and soon became close friends.

Wolov and Goodman worked together, slowly trying to find their way in show business, until they were discovered by Hollywood star, Adam Sandler at the U.S. Comedy Arts Festival in 2002. Coincidentally, the sexual harassment episode by Louis C.K. took place after a show at the same venue. They have also worked together on an MTV show called Faking It in 2013 and an animated comedy show Biatches on Comedy Central in 2014.

There were also plans for the duo to star in an autobiographical comedy series titled Dana & Julia on TV Land, but the show hasn’t aired yet. Wolov and Goodman are reportedly working on a project for ABC Studios.

Both Julia Wolov and Dana Goodman were present in the room where the sexual harassment by Louis C.K. took place.

The duo said that the comedian they had admired invited them to his hotel room. And as soon as they sat in the room, still in their winter jackets and hats, Louis C.K. asked if he could take out his penis, the women told The New York Times. They laughed at what he said thinking it to be a joke.

They also revealed that after a feeling of paralysis overwhelmed them initially, they ran out of the room. Louis C.K. called out after they left, saying “Which one is Dana and which one is Julia?”

Wolov and Goodman immediately told several people of the incident but received a strong negative reaction from everyone whom they confided in.

“Guys were backing away from us. We could already feel the backlash,” said Wolov.