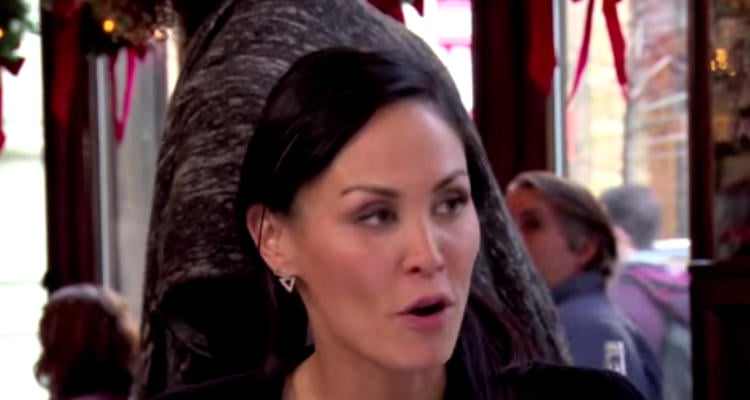 Jules voiced her concerns saying that he was not that invested in the marriage and did not pay much attention to her. He would come home and immediately hop into the shower, he would often ignore her calls and he would often talk to somebody on the phone.

According to sources, Michael was spotted with a woman named Elyse Bensusan. Perhaps she is the reason behind Jules Wainstein’s divorce? Sources claim that Michael and Elyse met at a club that belongs to her husband, Tsion Bensusan.

Elyse Bensusan is a psychologist and a mother of two kids. She recently separated from her husband when she met Jules Wainstein’s husband, Michael. When the news about Jules Wainstein’s husband cheating surfaced, a close member of Bensusan family said, “The truth is that Jules was having difficulties with this man way before it had anything to do with Elyse … I don’t want to say anything that will hurt either one of them because Jules needs help. She needs to get it together and find out what went wrong with her marriage before dragging other people into this. It’s really easy to blame someone else instead of looking in the mirror and handling your own business. Jules and Elyse were never “good friends”. Elyse is a very smart person. She’s a member of Mensa. She’s got her own business. She’s a psychologist. She has a life unlike Jules, who just seems to want to be in the spotlight. She’s not of the same caliber as Jules. She’s a very smart girl. I’d pit her against Jules any day.”

Jules and Michael’s divorce has undoubtedly left her heart-broken. Recently, Michael and Elyse were spotted shopping together for home items, just days after his divorce with Jules. Elyse Bensusan said the following, “This whole thing is nonsense. It makes me sad really … it’s just silly.” Michael has since filed for divorce from his wife Jules. The couple has two children together.

Elyse Bensusan got married to Tsion Bensusan in the year 2010 and the couple also have two daughters together. Sources claim that the pair separated when her affair with Michael began last winter.

The relationship between Jules and Michael had progressively become pretty turbulent. Jules once called the cops after she claimed he was exhibiting threatening behavior. A close friend of Jules said, “He’s volatile,”claiming that Michael had been involved in an ongoing affair with a good friend of Jules. “You do the math,” she added. “He was texting her back in January.”

Amid her divorce, Jules tried to concentrate on the positive aspects of her life. On her blog post she added, “I’m trusting and open, but I’m also strong and practical,”she said. “This isn’t the end of the world, it’s just a big bump in the road, but I’ll get over it and I’ll be stronger for it.”
Sources:
http://goo.gl/mh4agg
http://goo.gl/7G228P
http://goo.gl/ZVCWUG
http://goo.gl/dMpvQ7