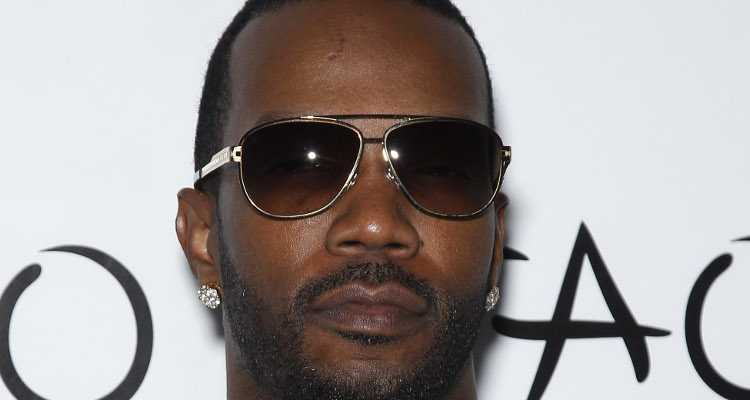 Juicy J has enlisted the help of Kanye West for his new single, “Ballin.” The song is featured in Three 6 Mafia’s upcoming album Rubba Band Business: The Album. With all the buzz surrounding his flashy new single, many are probably wondering, who is Juicy J? If you’re curious about the 41-year-old rapper and record producer, you’ve come to the right place. We have all the information you need to know on Juicy J.

Juicy J dropped his latest single, “Ballin” today on the Zane Lowe’s Beat 1 Radio Show. Here’s everything you need to know about the multi-talented musician.

He’s Got Many Feathers in His Cap

In 2003, Juicy J and fellow Three 6 Mafia member, DJ Paul teamed up with Crunchy Black and Fraysor Boy to compose, “It’s Hard Out Here for a Pimp” for the hit movie, Hustle and Flow. The song was sung by Terrence Howard and Taraji Henson, the same actors who later worked together in the hit musical drama, Empire. The song won The Academy Award for Best Original Song and was the second hip-hop song to ever win an Oscar! The first Oscar-winning hip-hop song was Eminem’s, “Lose Yourself” from 8 Mile.

His Brother Is Also a Rapper

Juicy J’s brother, Patrick Houston is better known by his stage name, Project Pat. He frequently collaborates with his brother and is also featured often on Three 6 Mafia’s early releases.

In 2011, Three 6 Mafia took a hiatus when Juicy J began to focus on a solo career. He frequently collaborated with Wiz Khalifa, appearing on his mixtapes. He signed up with Wiz Khalifa’s, Taylor Gang as part-owner and A&R representative. The two have featured each other in their songs often, showcasing their friendship.

He Has Achieved Commercial Success

Since he embarked on his solo career, Juicy J has been able to progress commercially. His album, Stay Trippy was very successful and made it to No. 4 on the Billboard 200. He also gained fame after being featured in Katy Perry’s smash hit single, “Dark Horse”.

Juicy J’s latest single, “Ballin” released today. You can listen to it on Spotify or iTunes. The video for the song will release soon, so that’s something to look forward to!

Ballin ft. @KanyeWest is OUT NOW! BUMP IT MANE! https://t.co/sv4s7Ksjv9