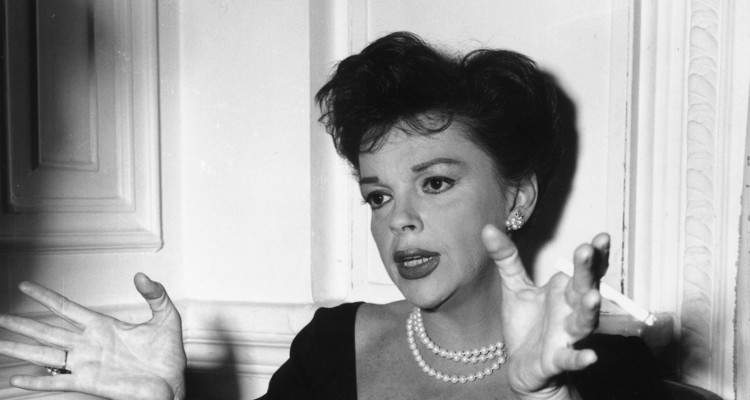 Actress Judy Garland was an iconic figure from the golden era of Hollywood. She was excellent singer and actress who starred in some of the most popular films of her time, including The Wizard of Oz, and A Star Is Born. She was married five times, and four of her marriages ended in divorce. Unfortunately, she became addicted to drugs and ultimately died of an overdose of barbiturates on June 22, 1969. She left behind five children and a movie legacy that is still loved by audiences and fans today.

With the airing of the Judy Garland documentary Too Young to Die, the spotlight has fallen on the life and times of one of the most iconic original Hollywood stars. Judy Garland was an American singer, actress, and a vaudevillian, who was famous for her contralto vocals and attained international stardom. Her career spanned more than 40 years as an actress in musicals and dramatic roles, as a recording artist, and as a concert singer. Even though Garland acted in several memorable movies, she became most famous for her role as Dorothy in The Wizard of Oz, and in films like Meet Me In St. Louis, The Harvey Girls, and Easter Parade. People are eager to know more about her, so we bring you some details from Judy Garland’s wiki.

Childhood Passion for the Arts

Born on June 10, 1922, in Grand Rapids, Minnesota, to her parents Ethel Milne and Francis Gumm, Judy Garland’s age was 47 at the time of her death. Though her real name was Frances Ethel Gumm, she was better known by her professional name, Judy Garland. Garland took to the performing arts at an early age because her parents ran a movie theater that featured vaudeville acts. Garland began her entertainment career by performing with her two elder sisters in the show titled The Gumm Sisters and was later groomed by their mother for a career in movies.

Catching a Break in Hollywood

After the trio broke up in August 1935, Garland was signed on to a contract by the famous Metro-Goldwyn-Mayer Studios to be part of their projects. Garland first started as a singer because her physical appearance was disliked by the studio chief and the executives. She sang songs like “Zing! Went the Strings of My Heart” and “You Made Me Love You (I Didn’t Want to Do It).” The studio then paired her opposite Mickey Rooney, and the duo starred in a series of films known as “backyard musicals” like Love Finds Andy Hardy, Babes in Arms, Andy Hardy Meets Debutante, and Life Begins for Andy Hardy.

The Dark Side of Stardom

According to Garland, this had dangerous side effects on her as she and other young performers were given amphetamines regularly to stay awake, so that they could meet the punishing schedule of the films being shot back-to-back by the studio. They were also given barbiturates before they went to bed so that they could fall asleep quickly. Garland said that this regular intake of drugs led to her getting addicted to them and she struggled against her addiction for the rest of her life. As she grew up, Garland went on to star in many successful movies like For Me and My Gal, Presenting Lily Mars, The Clock, In the Good Old Summertime, Annie Get You Gun, and A Star is Born.

Garland shone as a singer as well, putting out standards like “The Trolley Song,” “The Boy Next Door,” “Have Yourself a Merry Little Christmas,” and “On the Atchison, Topeka, and the Santa Fe.” Garland married bandleader Artie Shaw on July 27, 1941, but later, after an abortion, they got divorced in 1944. She then married director Vincente Minnelli on June 15, 1945, and had a daughter named Liza Minnelli in 1946. This marriage, too, ran into stormy weather and the couple divorced in 1951. Judy Garland and Liza Minnelli both acted in the film, In the Good Old Summertime in 1948, and it was a thrilling experience for Garland. Garland married for the third time on June 8, 1952, and the groom was her tour manager and producer, Sid Luft. The two had a daughter named Lorna Luft and two sons named Joseph Luft and Joey Luft in 1952, 1954, and 1955 respectively.

Garland divorced Luft in 1963 on the grounds of “cruelty, ” and married her then-tour promoter Mark Herron, but this marriage did not last for more than six months. Garland married her fifth and final husband Mickey Deans on March 15, 1969, but was found dead in the bathroom of their house on June 22, 1969. Judy Garland’s death was attributed to “an incautious self-overdosage” of barbiturates and not a suicide as some believed. The coroner ruled her death as unintentional and labeled it as “accidental.” Thus ended the career of one of the most iconic and important entertainers in Hollywood’s long history.