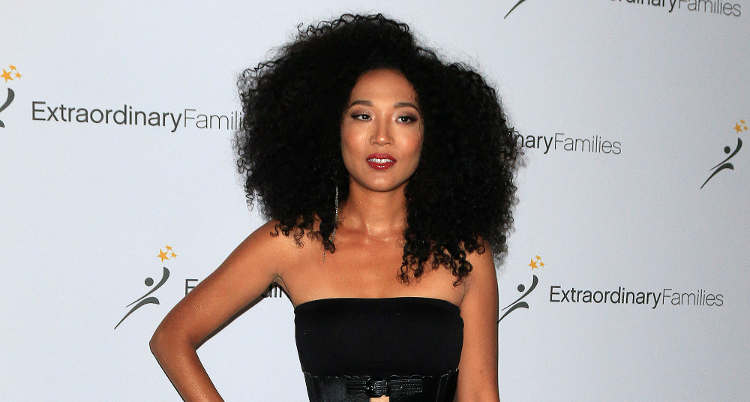 The Internet is filled with stories about famous singer Prince’s death. Recently, there has been a new discovery regarding his death. Judith Hill and Prince were friends for two years until his death in 2016. She claims she was also with Prince during the emergency landing of his jet. Many sources also claim that Judith Hill used to consider Michael Jackson as her mentor. The 32-year-old ex-contestant of the famous singing show The Voice has more to her than meets the eye. Given below are four interesting facts about Judith Hill The Voice singer.

Born Judith Glory Hill, she is an American songwriter and singer. She was born in Los Angeles, California. Her mother is a pianist, hailing from Tokyo, who met Hill’s father in 1970 in a funk band. Hill is of African and Japanese descent, and she can sing and speak fluently in Japanese. Additionally, she is also proficient in Spanish and French. She has a degree in music composition and completed her degree from Biola University. After finishing her degree, Hill went to France in the year 2007 to perform with famous French singer Michel Polnareff.

Her career as a songwriter and singer began immediately after she returned to the United States. In 2013, she signed a record with Sony Music. Judith rose to fame after her performance in the documentary 20 Feet from Stardom. She even received a Grammy Award for Best Music Film because of her moving performance in the documentary. A couple of Hill’s original ballads were used in movies, one of them being “Desperation,” which was used in Spike Lee’s film Red Hook Summer. Apart from this, she was also a contestant on The Voice season four. Her elimination after making it to the top eight was considered to be very shocking by the viewers. However, this did not stop her from achieving her dreams. She even toured alongside John Legend during his #AllofMe tour in 2014.

Hill had the chance and privilege to work with the sensational Prince. She even has a picture with Prince on her Instagram account. Prince came across Hill’s interview on a Revolt TV show, wherein she mentioned her dream of working with Prince. So, Prince called Hill directly and asked her to meet for a discussion. They started recording albums, and Prince was the producer of these albums. On March 22, 2015, Prince called various representatives from City Pages, 89.3 and Fox 9 to listen to Hill’s album at Paisley Park. Hill was of course eternally grateful to Prince and was understandably heartbroken when Prince passed away. She expressed her sadness over his death on her Twitter account. However, recently in an interview with New York Times, she revealed that she was with Prince on his flight from Atlanta, which had to make emergency landing after Prince fell unconscious.

She recalls that his eyes became fixed while they were having dinner and discussing Prince’s gig. Apart from Prince and Hill, there was one more passenger with them: Kirk Johnson. They both tried to revive Prince but were unsuccessful; therefore, they asked the pilot to land the jet in Moline, Illinois. Prince was treated on the jet itself, but he became conscious by the time an ambulance arrived to take him to the hospital. A few days later, Prince passed away due to a fentanyl overdose.

Hill used to consider Michael Jackson as her mentor, and in 2009, she got the chance to be his duet partner for his This Is It concert. The concert did not end up taking place because Jackson passed away before it happened. However, they both used to practice together for months. Along with other tour members, Hill also performed at Jackson’s Memorial Service. She sang the song “Heal The World” at his memorial service.