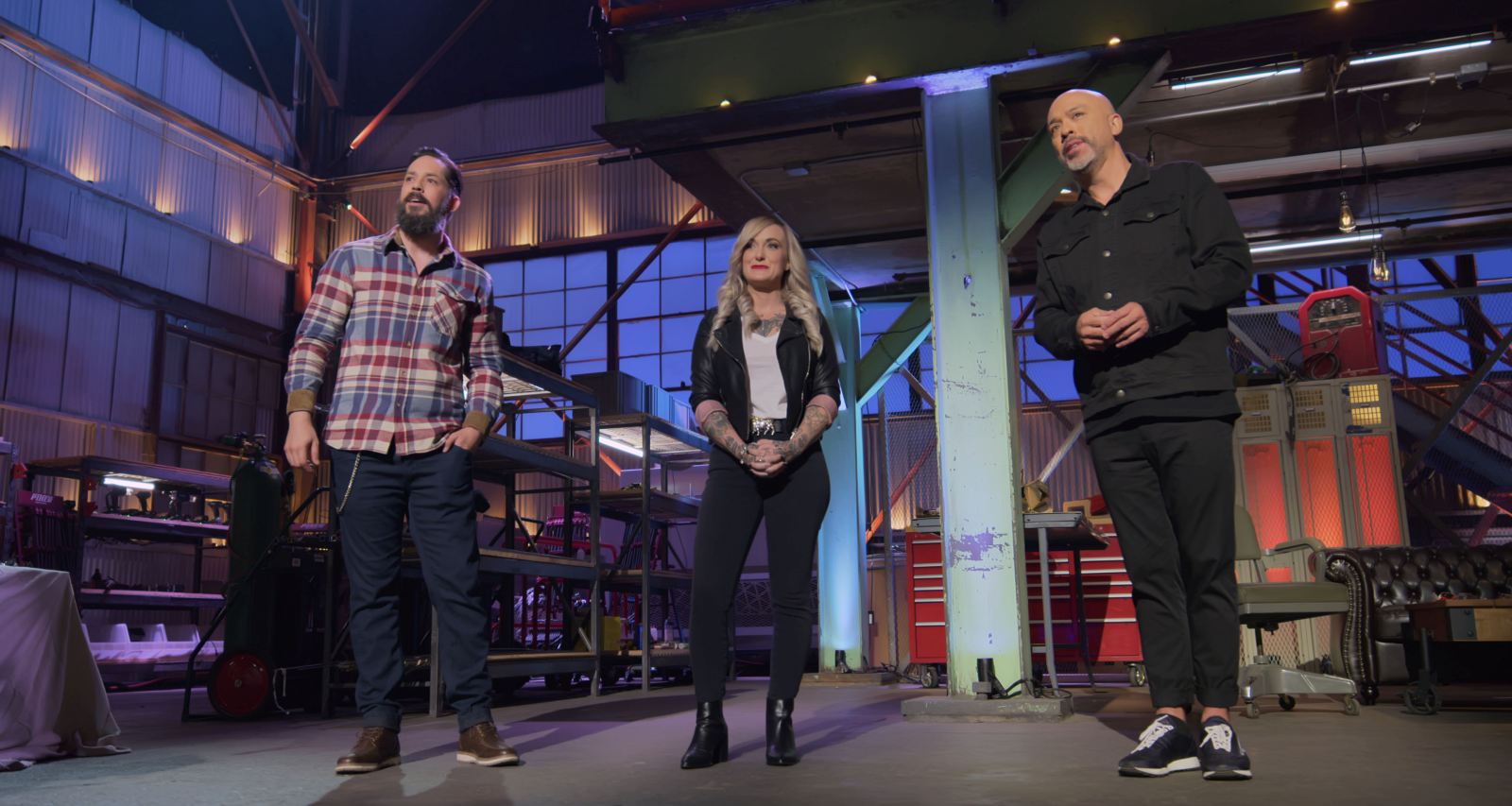 Netflix presents a new intense reality competition series, Metal Shop Masters, which premieres on September 10. The show features amazing master welders competing in a series of challenges for a $50,000 grand prize. Hosted by comedian and Netflix regular Jo Koy, this series also features two of the best artists in the metal fabrication field as judges. Stephanie Hoffman and David Madero will make their reality series debuts with Metal Shop Masters, and you don’t want to miss it. To give you a sneak peek into what’s coming, we reveal more about the judges and mentors of Metal Shop Masters here.

Netflix’s new reality competition will be hosted by comedian Jo Koy. The seven competitors will be judged by two of the finest and most experienced metal craftsmen currently: Stephanie Hoffman and David Madero.

Over the course of six episodes, the master welders will be challenged to create amazing builds. Hoffman and Madero will judge them on creativity, form, and function.

Who Is Stephanie Hoffman?

New Jersey native Stephanie Hoffman’s father ran a paving company that employed welders as well. Hoffman liked to help her dad at his job and began welding at the age of 13.

She was a student at Lacey Township High School, where she took welding as an elective. In her last two years of high school, she got her certification at the Ocean County Vocational-Technical School.

After graduating from high school, Hoffman served in the U.S. Army Intelligence Corps. She left the army and returned to welding.

Hoffman got a degree in education and became a welding instructor at Salem County Vocational Technical Schools. She is also associated with the American Welding Society (AWS), with which she toured across the country and conducted workshops to encourage more people in a welding career.

Hoffman is the owner and operator of UnderGround Metal Works. Her workshop specializes in tattoo-inspired metal fabrications and has a huge following on social media. She often collaborates with Barbara Parsons, aka Barbie the Welder, for many creations.

Hoffman left the army to focus on her daughter, Brylee (born 2009). Brylee is also an enthusiast of metal works, and Hoffman has expressed how much she loves sharing the craft with her daughter.

The metal goddess is married to a guy named Steve Wedding. He is very excited about his wife’s Netflix debut and can be seen promoting Metal Shop Masters on social media.

Who Is David Madero?

Mexican-American David Madero is best known for his metal sculptures that tend to go viral on the Internet. He was introduced to the craft by his father when he was five years old, and has been creating life-like sculptures for over a decade.

Madero’s father didn’t give him any instructions beyond the basics. It used to frustrate him to no end before he realized it was his father’s way to let him develop his own craft. It’s probably what makes him such a good mentor to other welders.

Madero’s works like his abstract depiction of Jesus Christ and many more have gotten the Internet’s attention. But they don’t even scratch the surface of Madero’s genius.


Like Hoffman, he has turned to teaching welding as well. With the growth of his popularity online, he began sharing detailed tutorials on his techniques and projects.

Madero doesn’t often post about his personal life. His sculptures occupy the majority of his social media.

But he does occasionally tag his wife’s Instagram that is set to private. His wife is definitely the biggest appreciator of his art, because she apparently “steals” pieces from Madero’s workshop to display in their home.

Who Is Jo Koy?

Joseph Herbert Sr., who goes by Jo Koy, is not new to Netflix. But it will be the first time we see the funnyman hosting a fiery and intense competition.

Koy is of American and Filipino descent. His father was a U.S. Air Force veteran and his mother is from the Philippines.

Known for his regular segment on Chelsea Lately, Koy has established himself on comedy tours, stand-up specials, and late-night appearances, as well as Netflix specials.

He credits his mother and family for his comedic talents. Koy’s family is often the subject of his material, which reveals a lot about his mother, son, and ex.