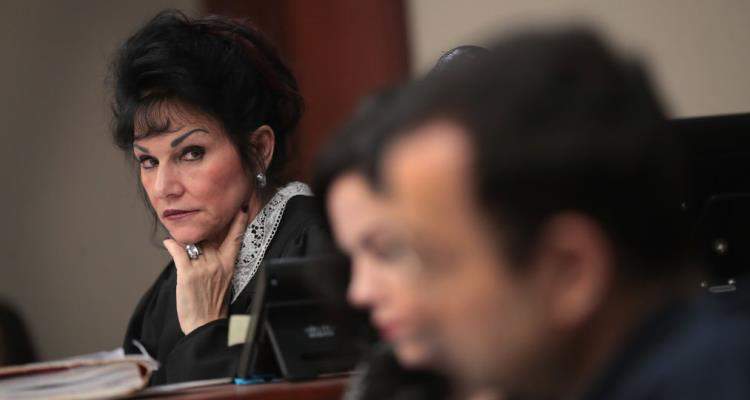 After the shocking sentence handed to the disgraced U.S. Gymnastics team doctor, everyone is wondering; who was the Judge in the Larry Nassar case? After delivering a sentence of 40-175 years in prison to the shamed sports doctor, Judge Rosemarie Aquilina made sure that the accused would never see the light of day again. Get everything you need to know about the judge, right here in our Rosemarie Aquilina wiki.

Who Is Judge Rosemarie Aquilina?

Judge Rosemarie Aquilina, age 59, is the daughter of a Maltese father and German mother. She, and an unknown sibling, came to Detroit when she was just a toddler. Her father was a urologist and met her mother on a train; they were married the following year. Aquilina studied Journalism and English at Michigan State University, was married by the summer, and then enrolled at Cooley Law School in Lansing, Michigan. Aquilina is divorced and has five children: David, Johanna, Jennifer, and twins Michael and Marissa. She’s also a grandmother and writer.

Is Rosemarie Aquilina a Democrat? By the looks of it, all signs point to “yes” and in the past, she was an administrative assistant and campaign manager for Michigan Senator John F. Kelly, a Democrat.

Aquilina joined the military after working for 10 years since she graduated law school. She became the first female Judge Advocate General (JAG) in the Michigan Army National Guard, where she earned the nickname “Barracuda Aquilina.”

Now, for Rosemarie Aquilina, circuit court is where she plans to stay, at least until they force her to retire, she said.

The past seven days haven’t been easy for Nassar’s victims and their testimonies were concluded with former gymnast, Rachael Denhollander. In a letter, Nassar tried to appeal to Aquilina in order to let him leave the courtroom, as he complained it was “too hard for him” to go through four days of listening to the dozens of accusers describe how he abused them. She wasn’t having any of it, and in fact, she read excerpts of the letter aloud.

WATCH: The judge overseeing Larry Nassar's case reads a letter from the former gymnastics doctor, in which he complained it was too hard for him to listen to dozens of accusers describe how he abused them. More details from the sentencing tonight on @nbcnightlynews. . . . #Gymnastics #USAGymnastics #USAGym #LarryNassar

He continued, “Hell hath no fury like a woman scorned. The media is sensationalizing this. The [attorney general’s office] forced me to [plea guilty]. I was so manipulated by the AG, and now Aquilina, and all I wanted was to minimize stress to everyone. The FBI investigated [my Olympic treatments] in 2015 because nothing was wrong. Now they’re seeking the media attention and financial reward.”

“Spending four or five days listening to them is significantly minor,” Judge Aquilina told Nassar adding, “considering the hours of pleasure you had at their expense and ruining their lives.”

Aquilina determined that Nassar wasn’t remorseful for his crimes and ripped up the letter in front of everyone in court.

“I find that you don’t get it, that you’re a danger,” she told him.

Aquilina called his actions, “Precise, calculated, manipulative, devious, despicable.” She insisted that he made these decisions and that he could have controlled himself or sought treatment. His letter seemed to have done nothing but further shoot him in the foot, especially as he continued to refute the claims.

“It was my honor and privilege to hear these survivors. It’s my honor to sentence you. You do not deserve to walk outside a prison again,” Judge Aqulina told him.

Following the sentence she handed him, Aquilina said she never wanted Nassar to leave prison, and that he never would, telling him, “I just signed your death warrant.”

Aquilina commended the women who came forward and testified, saying, “You are no longer victims, you are survivors.” In the midst of the #MeToo and Time’s Up movements, Aquilina is being hailed as “the quiet hero” of the Larry Nassar case.