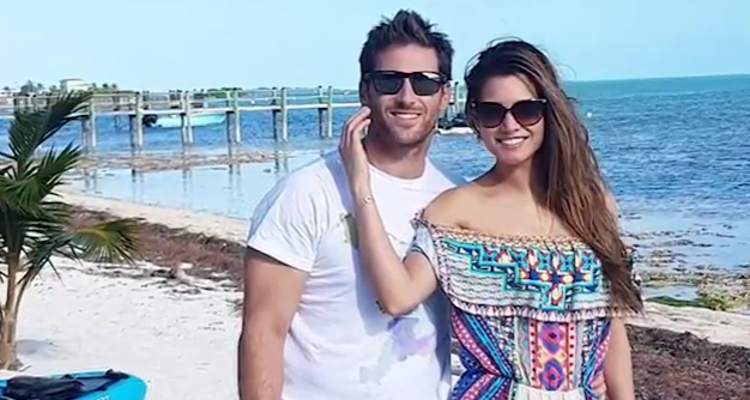 The Bachelor 2014 saw its first Latino bachelor in Juan Pablo, who earned himself a lot of fans (as well as haters). His relationship with Nikki Ferrell ended shortly after his season did, but he is now married in what he says was an intimate ceremony. Find out all about Juan Pablo’s wife, Osmariel Villalobos‘ age, career, early life, and more right here.

Bachelor Nation will be thrilled to know that Juan Pablo is now married! Love is a tricky thing, and is found in the most uncertain situations. Osmariel Villalobos and Juan Pablo know this first hand! The couple recently announced that they had a small wedding in Miami. We know a lot about Juan Pablo, but what about his beautiful new bride? Read on to know everything about Osmariel Villalobos.

Osmariel Villalobos was born on August 2, 1988 making her age 29. Not much is known about her personal life, but we managed to dig up some dirt about her!

Villalobos graduated with a degree in social communication from the University of Zulia in Venezuela.

She began her modeling career early in Venezuela, modelling for many local and national designers. She shot for beachwear, jeans, couture, and was the face for some stores, as well.

She made it big when she entered the Miss Venezuela beauty pageant and was crowned Miss Earth Venezuela 2011. Villalobos also won many other contests like Queen of Tourism in the XLII International Fair of La Chinita, and Sambil Model Maracaibo.

Osmariel Villalobos has also appeared in a music video made for Nauta’s “Cierto.”

Juan Pablo has a lot in common with Villalobos, and claims that she is the female version of himself. Her birthday is just three days before his, and, just like her husband, she loves sports and reggaeton.

At her wedding, Osmariel Villalobos wore a lace Alejandro Fajardo gown with embroidery, that showed off her figure. The ceremony was in Miami and only had close family and friends. The 29-year-old looked ravishing in the form-fitting gown, and posted pictures of her and Juan Pablo’s special day.

On Pablo’s birthday, Villalobos posted a picture of the two kissing with a beautiful caption in Spanish that read, “Today on your birthday I promise to love, to take care of you, to respect you, to pamper you, to value you, to support you and to give you the children of those who have spoken so much and dreamed.”

Villalobos was badly injured when Diosa Canales reportedly attacked her in a gym changing room. The two have been at each other’s necks on social media, and this time it ended with a hefty medical bill!

The feud between Villalobos and Canales has been going on for a while now. In this instance, the two women had a physical altercation, and Villalobos posted pictures of her injuries online. She reportedly needed a two week leave in order to recover, and it looks like she was in a lot of pain!

But Canales had a different story. She revealed that Villalobos was angry about an upcoming televised appearance, and attacked Canales in a fit of rage.

Villalobos is a very talented and beautiful woman, and Osmariel Villalobos’s Instagram posts are a testament to that! Take a look at some of her pictures to see what we are talking about.

Showing off Her Slender Figure

Need a Little Rain to Cool Down!

Party by the Pool

The Colorful Life of Osmariel Villalobos