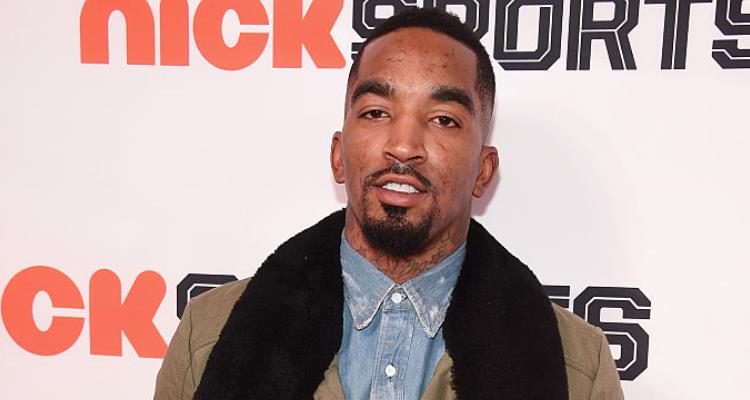 Why was J.R. Smith suspended? There are few memes going around online about the Cleveland Cavaliers guard and now everyone is looking up J.R. Smith memes to know why. As we all know, memes can take a life of their own when they’re flooding our social media feeds and the latest spawned from J.R. Smith’s one-game suspension is no exception. If want to know more about what the basketball player did to cause Internet meme gold, then you came to the right place!

These days, people usually throw shade, not food. But for the 32-year-old husband and father, it was a different story! During Thursday night’s game against the Philadelphia 76ers, Smith threw a bowl of soup at assistant coach Damon Jones! Shortly after the incident, the Cleveland Cavaliers released a statement on Smith’s suspension.

“Cavaliers guard J.R. Smith has been suspended by the team for one game for detrimental conduct. He will serve the suspension tonight as the Cavaliers host the Philadelphia 76ers at Quicken Loans Arena in Cleveland.”

Many believed that Smith earned his suspension and many have started the ‘J.R. soup meme’ trend, as well as commenting on J.R. Smith’s Instagram account. On his latest post, many have criticized and mocked the basketball player for his behavior toward the assistant coach.

One follower wrote, “Jr Smith =pure definition of silly, knucklehead, incoherent, mental lapse. Grow up Man, get off the weed and be at ease with it[sic].”

Another follower wrote, “JR we need to know what type of soup it was. Also temperature. The seriousness of this offense is directly related to the soups creaminess and temperature. If it was a room temperature chicken noodle, I’m on your side. If it was a piping hot clam chowder, well I can’t justify that.”

There was no reason given for why the soup was thrown and we still don’t know what kind of soup it was! (You can’t waste food and assault people while at work Smith, people are starving out here!)

Whether people are Cavs fans or not, they have been critical of his actions and Smith has a history of fines for letting his emotions get the better of him. LeBron James was asked if Smith’s absence from the game had any “emotional toll” on the team during the loss, to which James replied with a simple “No.” Naturally, sports analysts and reporters were also surprised by his actions, while others are still laughing in disbelief.

Smith will take part in Friday’s practice and will be back in time for the team’s Saturday home game against the Denver Nuggets. (Preferably sans soup.)

After what will likely be a hefty five-figure fine and a possible apology, one might assume that Smith will remember to throw the ball and not the bowl. If we ever find out what kind of soup it was, we will let you know as soon as possible.

the internet is undefeated #jrsmith