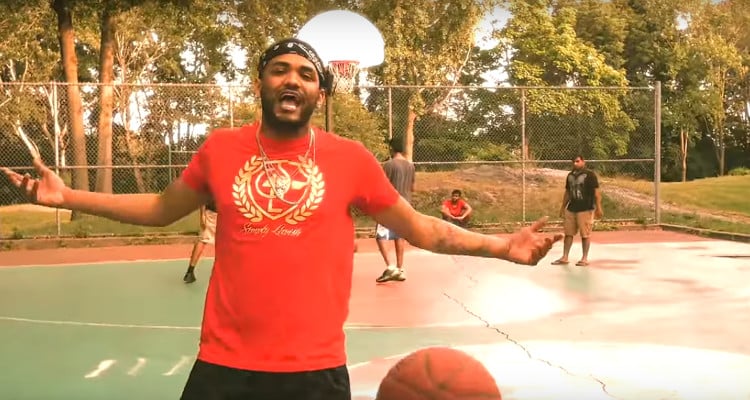 Fans have been eagerly waiting and are excited for the release of Joyner Lucas’ new album, 508-507-2209. With his street cred intact and a burning desire to do something different, Lucas is being hailed as one of the brightest new stars of hip hop. He wants his music to be realistic, hoping it connects with everyday people.

Rapper Joyner Lucas made people take notice of his immense talent when he released his single “Ross Capicchioni,” and its brilliant accompanying video. It was based on the real-life story of a 17-year-old skater kid named Ross Capicchioni and a gruesome, violent gang initiation. Listeners and critics sat up and took notice, and soon named Lucas the new face of realistic hip-hop. The rapper himself upped the ante by saying, “If you don’t know me now, then you will don’t worry ‘bout it.” Joyner Lucas released his new album 508-507-2209 on June 16, 2017, with both fans and critics lining up to buy and listen to it. Lucky for you, we have some details from Joyner Lucas’ wiki, right here.

Music in the Hood

Born on August 17, 1988 in Worcester, Massachusetts, Joyner Lucas’ age is 28. He grew up listening to artists like The Notorious B.I.G., Nas, and Method Man, whose music was played loudly on neighborhood speakers in the area where he lived. The music would make its way into his small apartment, which he shared with two siblings. Lucas felt a passion for music and was piecing together words and constructing simple rhyme schemes by the age of seven. At the age of 10, he convinced his father to allow him to record his first song “Annihilate ‘em” at a nearby studio. At that moment Lucas knew that he was destined to pursue music.

Lucas first started recording under the name G-Storm and quickly built a reputation as a naturally gifted MC, who had a hunger and passion for music. While most rappers were going commercial with an eye on the money, Lucas was rhyming about the street realities he saw every day of his life. In 2007, he changed his stage name to Future Joyner and started working with his uncle, producer Cyrus tha Great, and formed a group called Film Skool Rejekts. They released their mixtape, Workprint: The Greatest Mixtape of All Time, which created waves in the underground music scene. When Atlanta rapper Future came on the scene, Lucas dropped the “Future” from his name and continued as simply Joyner Lucas. In 2015, he released his solo mixtape, Along Came Joyner to rave reviews and commercial success, but his fans wanted him to be a mainstream artist.

The Wait is Over

Lucas has now made his fans’ weekend with the release of his debut studio album, 508-507-2209, which has 12 tracks in total and features collaborators like Mystikal, Snoh Aalegra, and Stefflon Don. Joyner Lucas’ songs like “Ultrasound” and “Winter Blues” were already released, giving fans a taste of what the rapper’s studio debut would sound like. Today (June 16) is the official Joyner Lucas album release date through Atlantic Records. Right now, Joyner Lucas’ net worth is estimated to be a modest $500,000, but with his talent and determination to make memorable music, it is sure to grow. Fans can now stream the album via Apple Music by clicking here.

Lucas says that he has something different to offer and he won’t take the tried and tested road to success by singing about money and women. In fact, he claims that he doesn’t want to be known as a rapper, at all. He wants to be known for creating the moment when “you fell in love with hip hop…again.” With his idealistic approach to music, there is a big chance that he can actually do it. So, take a listen to Joyner Lucas new album, 508-507-2209, and see why everyone is talking about the new kid on the block!

If you want to see Joyner Lucas’ video for “Ross Capicchioni,” just click below.