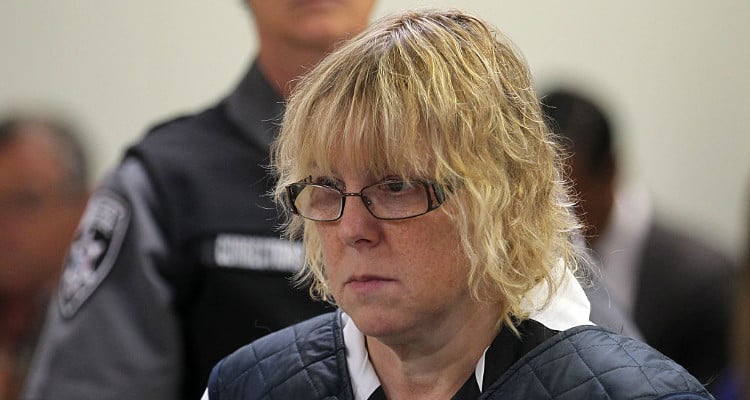 Two years ago, there was a media circus when Joyce Mitchell, a prison employee, aided the infamous New York prison break. The convicted woman’s true crime story is coming to our TV screens soon. But where is Joyce Mitchell now?

The country was gripped by the sensational New York prison break story two years ago, which was comparable to a Stephen King thriller. The woman at the center of it all was Joyce Mitchell and her story is the subject of Lifetime’s TV movie, New York Prison Break: The Seduction of Joyce Mitchell. We got the first look at the TV movie thanks to its trailer, which shows why everyone is obsessed with this real crime story. Do you wonder about Joyce Mitchell now? Where is she today and what is the update on the Joyce Mitchell story in 2017? You can find that out here in Joyce Mitchell’s wiki.

Who is Joyce Mitchell?

The world first saw Joyce Mitchell in a courtroom, and it was hard to believe she was someone capable of pulling off a prison break. Mitchell’s early life is still a mystery, though we know she was once married to her high school sweetheart, Tobey Premo and they have a son together. When the case became a public spectacle, Premo revealed that he divorced Joyce after he found out that she was cheating on him with Lyle Mitchell. After their divorce, she married Mitchell. The former prison seamstress has three children from her marriages.

Joyce Mitchell worked as a seamstress at the Clinton Correctional Facility in New York in 2010. Some reports claim she was also an industrial training supervisor who oversaw the inmates’ work assignments. It was her work at the prison that led her to become an accomplice to a crime that would turn into headline news.

The Seduction of Joyce Mitchell

The Lifetime movie is ripped straight from the headlines of the Joyce Mitchell drama. The prison employee had been swept up in a fantasy that two convicts were madly in love with her. Richard Matt and David Sweat were convicted murderers sentenced to life without parole at the prison where Mitchell worked.

In June 2015, the two inmates were discovered missing during a bed check. A massive manhunt ensued, which concluded three weeks after their prison break. The pair were located seemingly fleeing for the Canadian border. Matt was fatally shot by authorities, and two days later, Sweat was shot and recaptured. The elaborate escape from the maximum-security prison was compared to Stephen King’s famous, The Shawshank Redemption.

Joyce Mitchell was arrested for smuggling contraband (including hacksaw blades and other tools) inside the heap of frozen hamburger meat. Matt and Sweat convinced Mitchell, who was once investigated for a sexual relationship with an inmate, that they were in love with her. She was even supposed to be their getaway driver for their escape, but backed out at the last minute and checked herself into a hospital.

She told investigators that the pair planned to kill her husband, but she couldn’t go through with it because she loved her husband too much. Mitchell later claimed she was sexually assaulted by Matt, though no evidence confirmed that statement. She was sentenced to two and a half years to seven years in prison for aiding the prison break.

Where is Joyce Mitchell Now?

Joyce Mitchell is still serving her sentence. Her husband, Lyle Mitchell said he is sticking by her. According to him, his wife’s “heart of gold” was her downfall and he has forgiven her. Lyle and Joyce have nothing but praises for one another, and Lyle even says he’ll wait for her until she’s out of prison.

The latest update on Mitchell’s trial is that she wants to pursue a career in criminal justice, and she recently appealed for parole. But the 52-year-old’s plea was rejected by the parole board, who accused her of “lies and half-truths” about her role in the prison escape. “You present yourself more as a victim than a responsible participant and appear to be emotionally unstable and easily manipulated,” the board said.

The letters of support from Mitchell’s family were compelling, but the board had doubts saying, “We question the propriety of your goal to further your education and work in criminal justice.” Her direct contribution in the escape of the two murderers endangered a lot of people and spent a lot of state resources. The manhunt was said to have cost around $23.0 million, and the board decided she should serve the maximum sentence imposed on her.