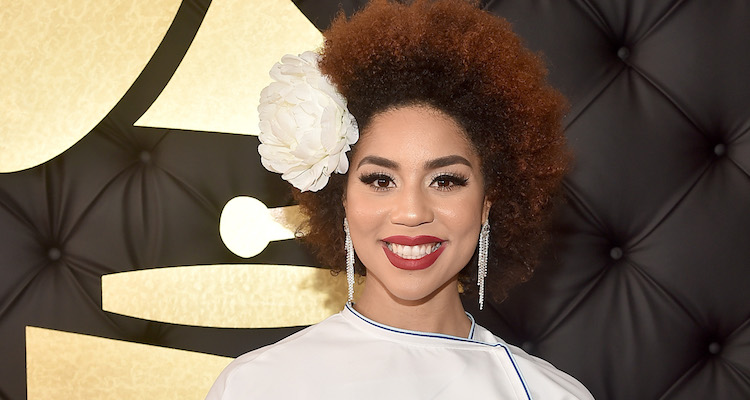 While Kid Rock was joking about his run for senate, singer Joy Villa is dead serious about running for congress. Could Joy Villa and Donald Trump be working together in the White House one day? But who is Joy Villa? If you’ve been wondering about Joy Villa’s net worth and more, then you need our Joy Villa wiki.

Who Is Joy Villa?

Joy Villa’s age is 31 and she was born on April 25, 1986, in Burbank, California. She is based in New York City and is best known for her song, “I Make the Static.” Her mother is African-American and her father, Rev. Joseph Villa, is Italian-American. Her website’s biography reads, “Joy blends rock, electro pop, and a dash of hip hop into finely written tunes that aim to motivate, inspire, and get the juices flowing in her fans. Kinky, unexpected, vibrant, spiritual, and bold, Joy Villa is a true entertainer, and feels blessed to be giving her many global fans ‘The Joy Villa Experience.’” Joy Villa’s husband is rumored to be Danish writer and photographer Thorsten Overgaard, but that has yet to be confirmed. Her net worth is also unknown at this time.

Along with being a vegan and a Scientologist, Villa is also a strong supporter of President Donald Trump. She’s most famous for her blue mermaid “Make America Great Again” Andre Soriano dress at the 2017 Grammy Awards.

“I was overseas on tour and all I saw were these over-the-top, bad-news headlines,” she says. “So I was skeptical at first [about Trump], like many Americans were and still continue to be. What really changed for me was when I spent some time researching before going to the polls. And I made the decision I thought was best, personally, as an American. I voted for Trump and I’m glad I did.”

She added that she wore the controversial dress to promote peace and her freedom of expression.

“We [Andre Soriano] both voted for and quietly and secretly supported Trump,” she said to Billboard. “And we both felt that enough was enough… I knew it would be rough [to deal with the repercussions]. But we weighed the pros and cons and I made the statement to show love, respect, promote tolerance, and hopefully in some small way turn the narrative from hate to ‘Let’s give the guy a chance. He is our president after all.’”

While most of Hollywood exiled the commander in chief, Villa is one of the few entertainers who support him and is no longer a closeted Trump supporter.

Now is the time to come out even stronger for @realdonaldtrump. He is our President and he fights the good fight everyday! We have to speak up even stronger because a lot of people turn their backs. #MAGA #TEAMTRUMP @foxnews @seanhannity #conservative #style @officialandresoriano #love #unity #support #foxnews #joyvilla #singer #trumpsupporter #potus45 #potus

Villa pulled a fast one when she originally showed up to the awards show as a nominee in a long white overcoat, but then quickly tore it off to reveal her real dress. The stunt put her on the worst dress list by MTV, who wrote: “This fishtail nightmare of a dress is what Joy Villa has chosen to wear to the Grammys. The fit is an absolute disaster, the seams don’t line up, it’s over-accessorized, and it says ‘Make America Great Again!’ on the front.” They finished the article with, “Here you go, Joy Villa. Here is the attention you so desperately crave. Enjoy it.”

With the flawless queen of never backing down herself, #kellyanneconway ?❤️?? this woman is my role model in politics, debates, and breaking glass ceilings. She is the FIRST woman to run a successful presidential campaign. ??❤️??#kellyanneconway #maga #amazing #shero #joytribe #girlpower #rolemodel

If you’ve visited Joy Villa’s Twitter or Instagram accounts, then you will get all the proof you need that she’s serious about her congressional run. She’s already been approved by Trump via Twitter and she’s looking for even more support.

There’s such a need for good congressmen, for good people in office who are putting forth the aims of the people, not just their own agenda,” Villa added.