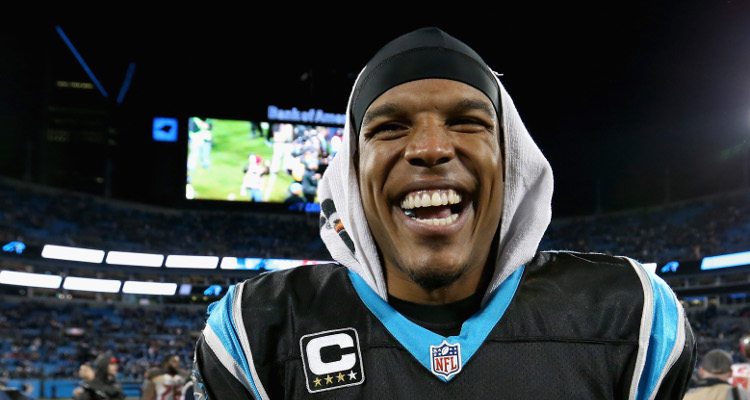 Cam Newton landed himself in hot water for a sexist remark, after sports reporter Jourdan Rodrigue asked him about Devin Funchess’ routes. The Panthers quarterback said he found it “funny” for a woman to ask about routes, and reportedly did not apologize to Rodrigue for his comment. Who is Jourdan Rogrigue, you ask? Here’s everything you need to know.

Jourdan Rodrigue found herself receiving support from men and women all over the country, after Carolina Panthers quarterback Cam Newton laughed about a woman asking about routes during a press conference. The reporter took to Twitter, saying, “I was dismayed by his response, which not only belittled me but countless other women before me and beside me who work in similar jobs. I sought Mr. Newton out as he left the locker room a few minutes later. He did not apologize for his comments.” We have five facts from Jourdan Rodrigue’s wiki right here, including more about what exactly went down between Jourdan Rodrigue and Cam Newton.

#1. Where Did Jourdan Rodrigue Study?

According to LinkedIn, Jourdan Rodrigue received her Bachelor’s degree in journalism and mass communication from Arizona State University. Before graduating in 2014, she interned with the school’s athletics department in a digital communication role.

Rodrigue joined the Seattle Storm in 2014 as an in-house content writer and digital communication assistant. While there, she assisted and directed social media and media relations projects. She then got an opportunity to work for Fox Sports as a content programmer, after which she moved on to real-time corresponding for the MLB.

Jourdan Rodrigue joined The Charlotte Observer in 2016, after spending a year at the Center Daily Times where she covered Penn State football. As a reporter for The Charlotte Observer, she is a beat writer for the Carolina Panthers, and reports on the team’s statistics, activities, and news.

#4. What Happened with Jourdan Rodrigue and Cam Newton?

Cam Newton, who is on Forbes‘ list of the world’s richest athletes, is the quarterback for the Carolina Panthers. During a press conference, Rodrigue asked about Panthers wide receiver, Devin Funchess’ routes. Before answering the question, Newton chuckled and said, “ It’s funny to hear a female talk about routes, like, it’s funny.”

Jourdan Rodrigue tweeted about his comment and is receiving a lot of support.

I don't think it's "funny" to be a female and talk about routes. I think it's my job.

She reportedly spoke to the quarterback after the press conference, and was not happy with his response.

I spoke with him after and it was worse. I chose not to share, because I have an actual job to do today and one he will not keep me from.

#5. The Panthers Released a Statement