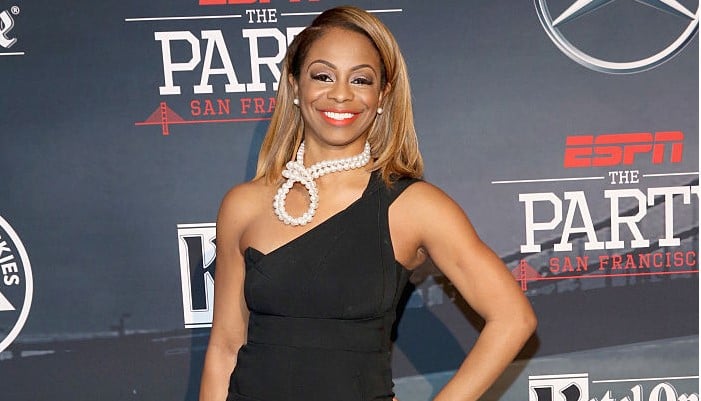 Who is Josina Anderson?

Josina Anderson’s age is unknown but we do know she grew up in Washington D.C. and graduated with a degree in exercise and sports science from the University of North Carolina, Chapel Hill. According to her ESPN profile, she’s also a fast runner, having had competed in 200 and 400 meter races. Before landing the job of a lifetime at ESPN, Anderson worked in Denver as a sports weekend co-anchor/reporter and eventually earned a reputation for being an excellent reporter. She started her TV career in Oregon and moved around, where ever opportunities would take her. She is a leading expert in all things football and always has something to say about the game, both on and off the field.

Anderson joined ESPN as a Chicago-based reporter in August 2011 and was the company’s first female NFL Insider in 2015. There are no details on her salary, just that her multi-year contract with the company has been signed.

“Josina is exceptional at breaking NFL news, storytelling and game-day reporting, while Damien offers tremendous insight on the games and on the experiences of NFL players,” said Seth Markman, ESPN senior coordinating producer of NFL studio shows. “Both [Damien Woody] are signature NFL voices for ESPN who will continue to elevate our coverage in the years ahead.”

Anderson was at the forefront of the Colin Kaepernick controversy and asked why white quarterbacks weren’t supporting their teammates. She’s not psychic but in the end, Aaron Rodgers and Tom Brady either locked arms or kneeled to show support for their black teammates.

You might have started looking out for Josina Anderson’s hot pics, and it’s evident from her social media posts that her life seems pretty awesome. She often posts her celebrity interviews, her private life, and anything else that interests her. What you won’t find is any trace of Josina Anderson’s husband, since she’s not married. But you will see posts dedicated to her younger brother and sister!

After the show with Freddie, Scoop & Cary Chow.

She Has an Emmy

In 2009, Anderson was awarded a Heartland Emmy for “A Premonition to Addis Ababa,” which followed Colorado Crush quarterback John Dutton’s journey to Ethiopia to adopt his 11-year-old son.

She Went Bald for Work

You can’t say she isn’t a team player! Why did Josina Anderson go bald? She did it because she lost a bet! She bet that Mark Sanchez would be the Week 1 starter back in 2016 against the Panthers and said she would cut her hair off if he wasn’t. Spoiler alert: He wasn’t, so she had to pull out the shaver! Except she didn’t actually do it—she still has to go to work—so instead she showed up in a bald cap that matched her skin! If you don’t have a high definition TV, some might actually think she went bald.

I still say LeBron for MVP, but that is just me.