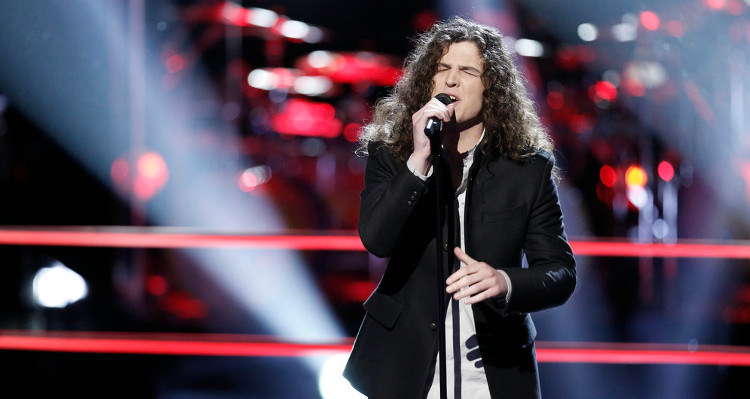 Josh West is mesmerizing everyone on NBC’s The Voice season 12. After three stellar performances, he’s now moving on to the Live Playoffs. Coach Adam Levine may just win The Voice with this one!

Team Adam’s Josh West established himself as a frontrunner on The Voice the moment he belted out the notes of Duran Duran’s, “Ordinary World.” Not only did he pique the Coaches interests with his classic song choice, he had the judges rapt with his voice. He’s gone from musical theater to performing with his dad’s band and now on to a stage on national television. No matter how far he goes, Josh West is guaranteed music stardom.

He breezed through the Blind Auditions, the Battle Rounds, and the Knockout Rounds with his captivating voice. Now, he’s getting ready for the Live Playoffs starting next week. How is his preparation going? Maybe his social media activity can clue us in. Though he doesn’t have a Snapchat account, you can check out Josh West on his Instagram, Facebook, and Twitter for constant updates.

Since appearing on national television, Josh West’s Instagram follower count rose to more than 2400. You can add to it by following his username “joshwestmusic.” His most recent activity includes posting short clips on Instagram of himself congratulating his fellow competitors. Now that’s truly sporting! He also promotes his gigs with his band on Instagram and shows off cool card tricks.

Thank you so much to @adrienneoband Hostile Work Environment, and everyone that came! I really appreciate it! It was such a great night! It was a pleasure to meet the members of Adrienne O!

Josh West’s Twitter account is one massive The Voice appreciation page. He can’t stop gushing about the show, the other artists, the coaches, and performances to his 1500+ Twitter followers. Jump on Josh West’s The Voice madness by following the username, “@JoshWest4Music.”

It was an honor to perform "Carry on Wayward Son" by @KansasBand on @NBCTheVoice
I'm so excited to still be on #teamadam! pic.twitter.com/kW2N2LlWST

The 18-year-old’s Facebook page is a combination of his Twitter and Instagram accounts. He posts his congratulatory clips there and posts his general happiness about all things The Voice. You can find out more about his band’s activities through his Facebook, as well.