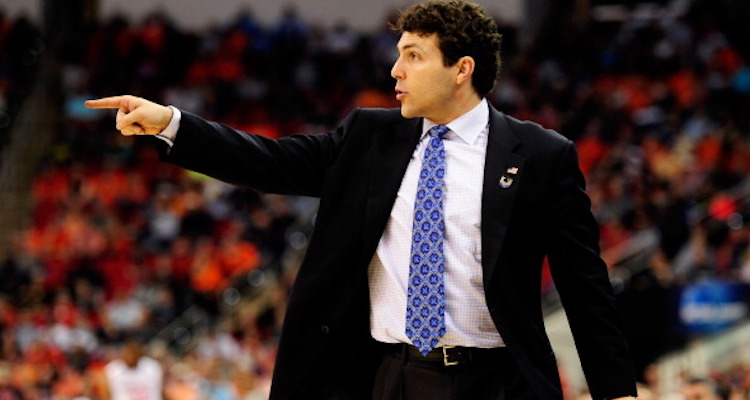 Josh Pastner, men’s basketball coach at Georgia Tech, was accused of sexual assault by an Arizona couple on Thursday. It has led people into a curiosity about Josh Pastner’s wife. Check out our Kerri Lamas wiki for more details.

Pastner vehemently denied on February 8th that there was any truth to the accusations against him. Ron Bell and Jennifer Pendley filed a lawsuit that day accusing him of inflicting “emotional harm” through “sexual assault, sexual battery, and intentional infliction of emotional distress.” The court filing came as a counterclaim Pastner filed against the couple last month. He alleged he was the victim of defamation and attempts at extortion, among other things, after Bell claimed he provided improper benefits to two Yellow Jackets players, and that the coach assaulted his wife.

In the filing, Pendley claimed that Pastner sexually assaulted her in February 2016, and accused him of abusive behavior on 11 subsequent occasions. She described one encounter with the following statement: “by grabbing her against her will when she was alone and whispering obscenities and innuendos in her ear.” Pastner described himself as “an absolute victim in this whole deal,” adding that “it’s unfortunate, but I’ll deal with it. All my wife and I try to do is be compassionate to people and that’s life, so you live and learn.”

In a January statement, Pastner said: “My family and I are victims of fraud and extortion and the extent to which these individuals have gone to harm us is truly unfathomable. … I absolutely and unequivocally never assaulted or harassed Ms. Pendley and I am truly sickened by these false claims.”

In response to the “false and malicious” claims Pendley made against Pastner, as his lawyer described, an official statement was released about the situation. Here is some of what was included in the letter:

“Josh sued Jennifer Pendley and Ron Bell last month because of their months-long attempt to defame and extort him, and because we anticipated they would not stop, but instead would continue their malicious lies. Thus, today’s filing by Ms. Pendley is not a surprise.

There was no sexual assault. It is a lie. Josh never acted improperly with Ms. Pendley. Never.

In fact, contrary to the claim she filed today, for two years after Ms. Pendley alleges the first assault occurred, Ms. Pendley continued to proactively and enthusiastically initiate communication and contact with Josh and his wife, visiting their home, giving gifts to their children, attending games, and publicly expressing positive statements about Josh and his character. We have dozens of text messages and emails from Ms. Pendley to Josh and his wife which refute Ms. Pendley’s claims and prove Josh did not do any of the things Ms. Pendley now claims he did.”

Scott Tompsett, Pastner’s lawyer, ended the statement with a reflection on recent events:

“In this era of women courageously coming forward to report valid claims of sexual assault and harassment, we are saddened and outraged that Mr. Bell and Ms. Pendley have concocted a malicious lie to blackmail and to harm a family that showed only compassion toward them.

Who Is Kerri Lamas?

Pastner married Kerri Lamas in 2009. He has a stepson named Ethan, and three daughters named Payten, Kamryn, and Harper. Aside from the names of his kids, there is no additional information on his family.