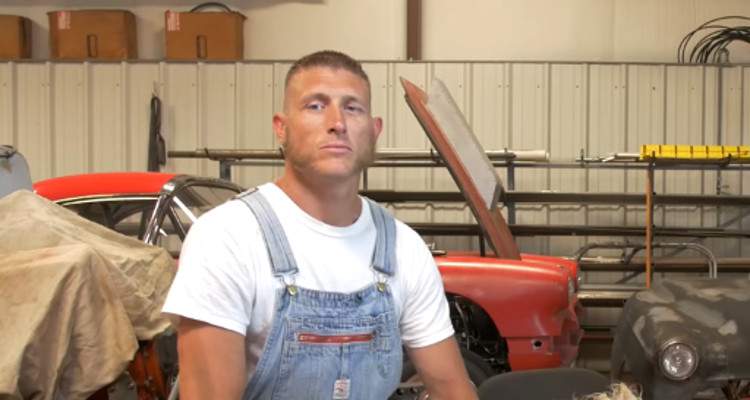 Josh Owens from Moonshiners became a fan favorite among audiences of the show. And the show itself became extremely popular in a short time span. If you want to know more about the hunky Moonshiners star, then keep reading for details from Josh Owens’ wiki, right here!

Moonshiners is a reality TV series on the Discovery Channel. It focuses on the life of people who illegally produce moonshine in the Appalachian Mountains of North Carolina, South Carolina, Kentucky, Virginia, and Tennessee.

The series showcases law-evading techniques and liquor production efforts. However, controversies are surrounding the show because several local officials have claimed that the show doesn’t depict the truth.

The authorities in Virginia have stated that, in reality, no illegal liquor is being produced by the people depicted in the show.

In March 2012, the Virginia Department of Alcoholic Beverage Control (ABC) declared, “If illegal activity was actually taking place, the Virginia ABC Bureau of Law Enforcement would have taken action.”

To clarify that the show was only a dramatization, the Virginia ABC had requested the producers to add a disclaimer. But the request was overlooked because the show’s production company, Magilla Entertainment, stated that their documentary’s content is real and not fictitious.

Another aspect that made Moonshiners exceedingly popular is the show’s star, Josh Owens. In no time, he won the hearts of many.

Let’s get to know Josh Owens’ from Moonshiners a little better.

Before being featured in Moonshiners, Josh Owens was known for his love of racing and biking. He is a professional motocross and superbike racer. Owens won NCHSA championships in 2003 and 2004.

Even though Owens admits that Moonshiners was a turning point in his life, he doesn’t deny the fact that it has cost him a lot, time-wise. He loves his daughter dearly, and there are times when he can’t spend as much time with her because of the effort he is required to put into the show.

According to sources, Josh Owens’ net worth is estimated to be about $400,000. His annual income amounts to about $100,000. Rumor has it, the alcohol he produces earns him six-figures a year. (However, we’re not sure how that’s possible since his moonshine is apparently illegal!)

A huge part of Owen’s income reportedly comes from his earnings from Moonshiners.

Josh Owens has a soft spot for animals, particularly dogs. Through his social media posts, it is quite evident that he has a pet dog who he loves very much.

doing what I do pic.twitter.com/G89CN9BlEk

Another great aspect of Josh Owens’ personality is his heart of gold. His love for his daughter makes him extremely sensitive towards the welfare of little children. And, he’s not ashamed of using his celebrity status to raise awareness and bring light into the lives of children through charitable programs.

When asked about he felt about being on Moonshiners, Josh Owens revealed, “I never really expected to. All my life, I’ve dreamed of being a race car driver, and an actor, and a motocross racer. And then, I never really thought that I was going to be a moonshiner on TV. It’s kind of all just fallen into place like it’s meant to be.”