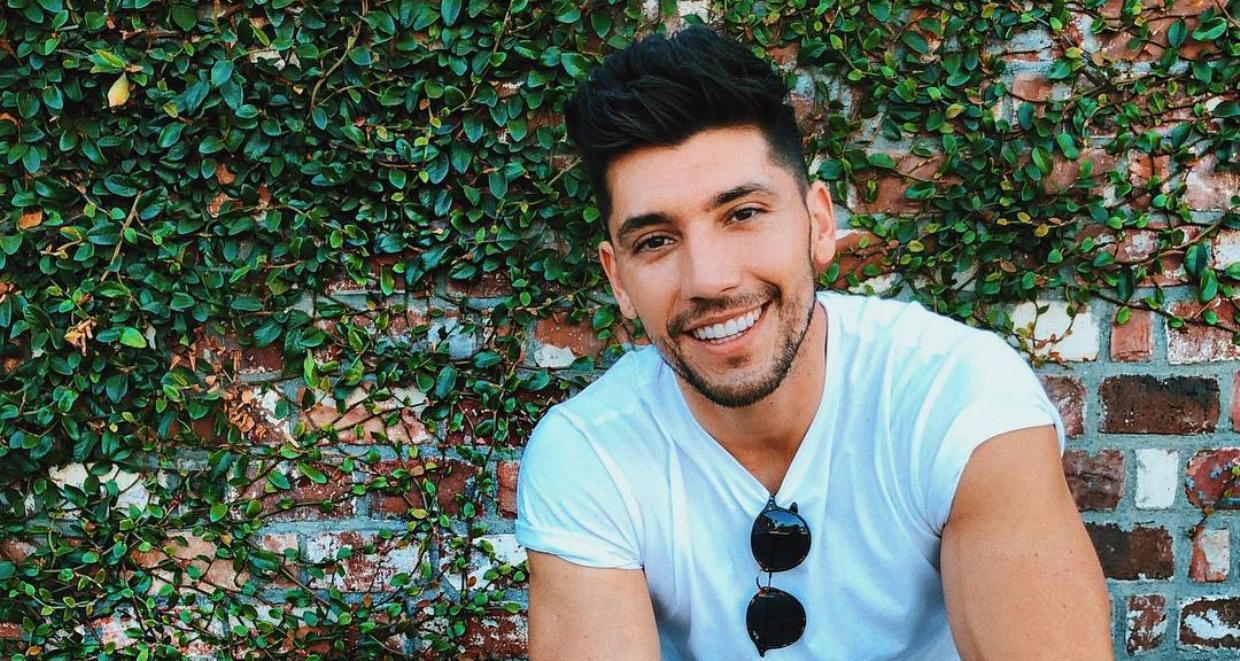 As far as handsome YouTube stars go, “Muscle Boi” Josh Leyva takes the cake! He is a YouTube comedian who started in 2011 and has been making people laugh online since then. Josh Leyva’s Zayn Malik impersonation put him on the map, but this robust vlogger has more to offer than just his swoon-worthy looks!

Josh Leyva’s most loved video was the one where he did yoga back in 2015 with his then-girlfriend, Chachi Gonzales. Since then, the couple has seen ups and downs in their relationship but finally called it quits at the end of last year. So, does that mean Josh Leyva is single?

There’s a lot more to know in this Josh Leyva wiki!

Who Is Josh Leyva?

Joshua Jovanny Leyva is a true California boy and was born and raised in the Golden State. Born on December 27, 1990, Josh Leyva’s age is 27.

The social media star is hunky and stands quite tall. In fact, Josh Leyva’s height is six-foot-two! 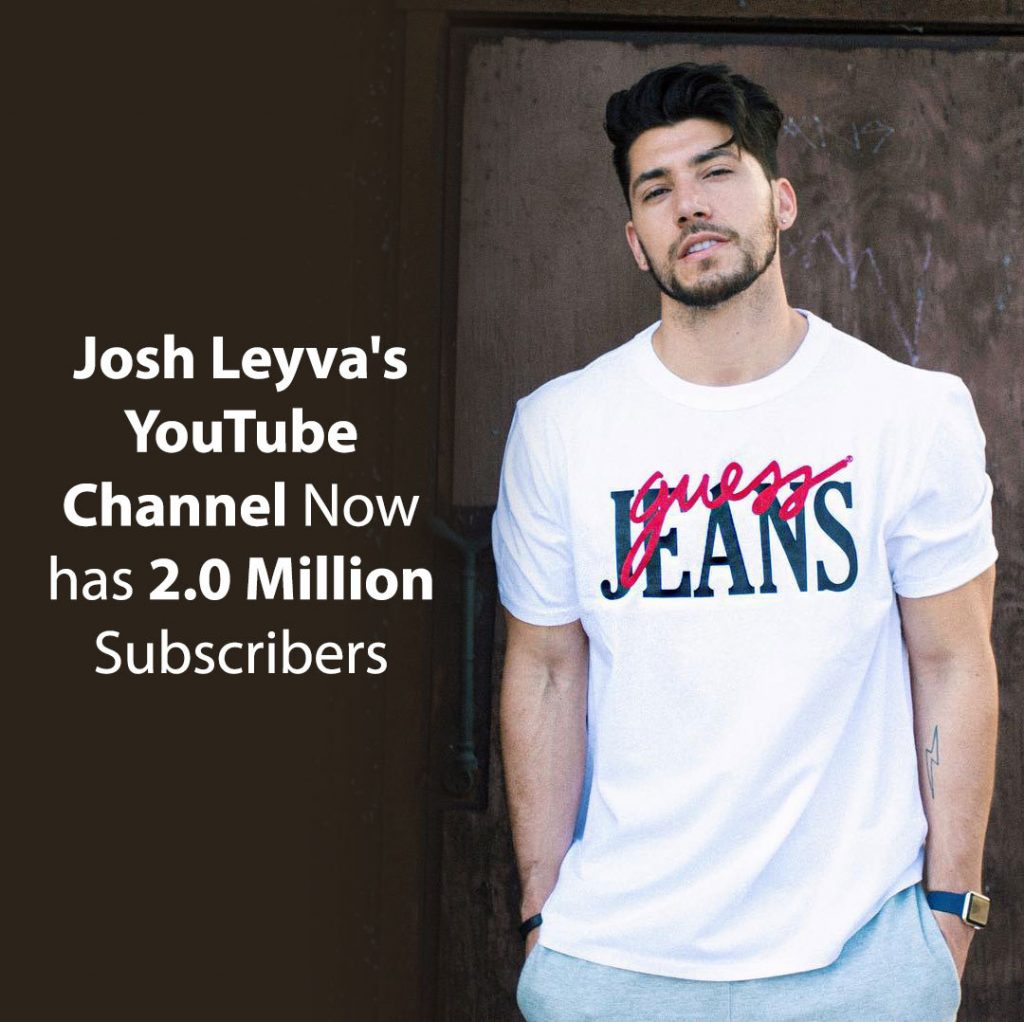 His YouTube channel now has 2.0 million subscribers, and he’s also the man behind Josh Leyva Productions.

Leyva Was Born in Southern California

Josh Leyva was born in Glendale Memorial Hospital and Health Center in Glendale, California. While in school, he played soccer for the AYSO (American Youth Soccer Organization). The first language he learned was Spanish.

In one video, he recalled a memory of high school when he was robbed on gunpoint. The gunman stole Leyva’s phone while he was in a library. Nobody was hurt, but the cops were called to investigate.

His Family Is Often Featured in His Videos

Josh Leyva’s brother, Mark Galvez, and his mom, Marie Ojeda, have often appeared on his YouTube channel. And the family sure stays pretty close-knit.

It looks like Galvez is Leyva’s half-brother, as he is born to a mortgage broker, Marco Galvez, and Marie Ojeda. He is nine years younger than Josh Leyva and is a real estate agent at Re/Max Sky, according to his Facebook account.

Josh and Mark’s mother, Marie, is also a real estate agent in California and loves her boys more than anything! The family celebrates festivals together, and they appear on each other’s Instagram accounts frequently.

Some of Josh Leyva’s YouTube videos that feature Mark and Marie include “Sibling Tag,” “Asking My Little Brother For Money,” and “Teaching My Mom Slang.”

Puberty can be weird, I know. My mom and I teamed up with @Oldspice to give you some advice on how to make it less weird with the help of NEW Invisible Spray anti-perspirant/deodorant. Comment with your experiences, and go to www.schoolofswagger.com for more tips and to watch their new video series #ItSmellsItself #ad 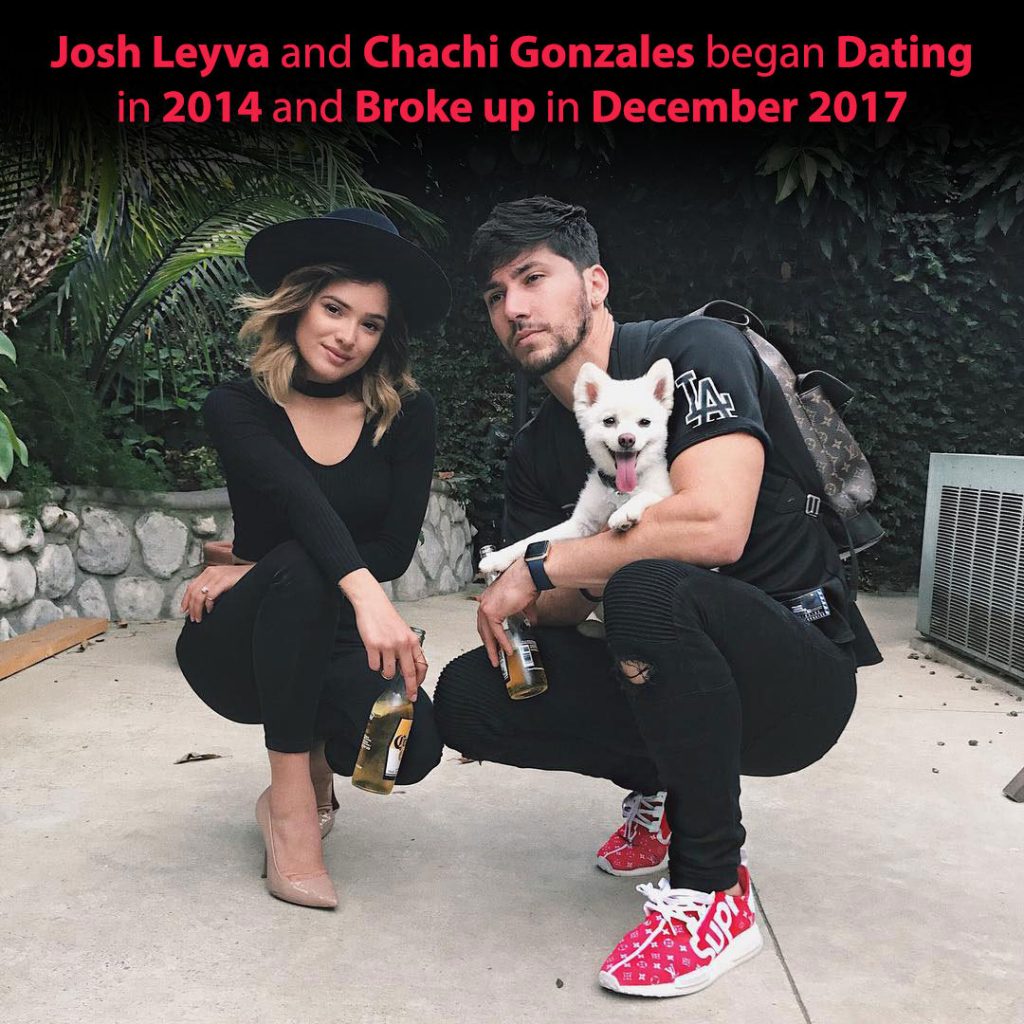 Chachi Gonzales is a YouTuber and dancer, who is best known for her big win on America’s Best Dance Crew in 2011. She is a trained ballet dancer and began dating Leyva back in 2014.

Gonzales and Leyva got very close to each other in the course of their relationship. So much so, that Gonzalez was considered a part of the family! She was around for family trips and many other events with Marie and Mark.

They also made many YouTube videos together during their three-and-a-half-year-long relationship, and fans began to love the dynamic between the two. But things went south in 2017.

Gonzalez was 18 when she and Leyva began dating, and she opened up about how they rushed into living together immediately. The relationship then took all the wrong turns, and Gonzalez just felt they were two different people.

It was heartbreaking for both that it didn’t work out for the couple, but it was the fans to were most vocal. In fact, both Gonzalez and Leyva had to openly ask that their fans be more sensitive and stop posting negative comments and questions regarding their split.

Josh Leyva also made a video where he spoke about the breakup back in December 2017. Much of the points he made were the same as Gonzalez’s.

Clearly heartbroken, he affirmed the breakup and was very mature about it. He confirmed the two are still friends and may even continue to work together in the future.

On a happier note, Leyva got over the very public breakup and has been concentrating on his YouTube and movie career since then.

Leyva’s a Part of the Hoochie Poppa Twerk Team!

Josh Leyva and his good friend and fellow YouTuber, Eric Ochoa, made a team together with their alter egos, Twerqueisha and GoGo Juicy Booty. The videos of them twerking is one of Leyva’s fan-favorite videos. He and Ochoa twerk whenever they get the chance—and clearly, the fans love it!

In one such video, Leyva’s ex-girlfriend, Chachi Gonzales, is trying to learn the twerk dance from the boys.

Josh Leyva’s ultimate dream is to enter Hollywood, and with those dreamy eyes and washboard abs, he’s halfway there! And now that Netflix has picked him up for a new competitive, comedic, and controversial cooking show, he’s bound to get noticed! 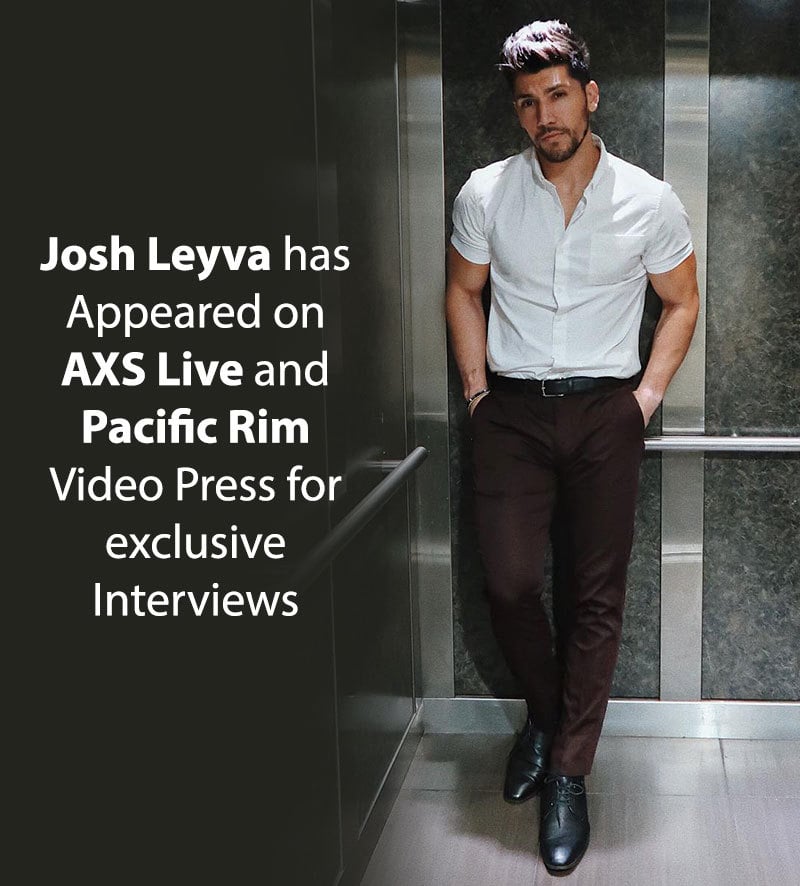 He has appeared on AXS Live and Pacific Rim Video Press for exclusive interviews.

In the latest news, Leyva is gearing up to host a new show called Cooking on High on Netflix. The very offbeat “competitive cannabis cooking show” is going to feature dishes infused with marijuana.

A panel of very high judges will then rate the food, declaring one chef the winner of the competition! And, Josh Leyva is going to be the fun addition to the concept as the host of the show!