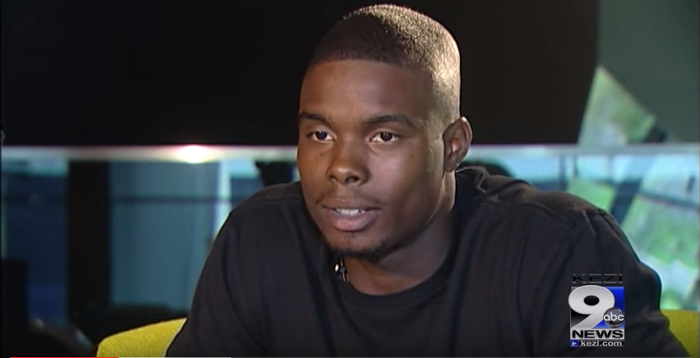 Josh Huff used to be known as one of NFL’s rising stars. But now, he’s known for speeding and unlawful possession of a gun and marijuana! Here are some facts about Josh Huff that you need to know.

Philadelphia Eagles wide receiver, Josh Huff, was arrested for unlawful possession of a gun and marijuana on Tuesday morning, after he was pulled over for speeding in New Jersey. That brought him into the spotlight for reasons other than his history making a 98-yard kickoff touchdown. Here’s Josh Huff’s wiki, with interesting facts about his salary, net worth, and his wife.

His Net Worth is around $1.5 million

The Philadelphia Eagles selected Huff in the third round of the 2014 NFL draft, making him the 86th overall pick. In May of that year, he signed a four-year contract worth $2.8 million with the team. He currently earns an annual salary of $525,000 and around $66,000 from endorsements and bonuses, bringing his net worth to approximately $1.5 million!

The gun that was found in Huff’s car was a silver and black Smith and Wesson 9-millimeter handgun, that is worth hundreds of dollars. He has been released from police custody after posting 10% of the $25,000 bail.

He has been Playing Football from a Very Young Age

Huff was only nine years old when he began playing football, but his love for the game was evident long before that. As a three year old, Huff carried a football everywhere he went, even to bed! He said that whenever his father tried to take it away, he’d start crying.

One of the most memorable incidents in his childhood is when he was 11, playing football with the neighborhood boys, who were around 18 to 20 years old. Though he would get hurt very badly while playing with older kids, he still enjoyed it to the fullest. He said, “The one moment I will never forget is returning a kickoff and running down the sideline. A big guy had the perfect angle to get me down, but I dodged the tackle by running in between his legs and scored,” said Huff in his Philadelphia Eagles bio.

His Father is his Role Model

Huff names his father, Donald Simpson, as his role model and the most influential person in his life. He says that his father was a humble and hard-working man, who worked 15 hours a day as a crane operator. Nevertheless, Simpson took pride in his job, as his son recounts.

Huff also says that Eagles’ running back, Darren Sproles, is his mentor. The 33-year-old notably welcomed Huff and has been like a father to him. Huff says Sproles is very down-to-earth and has taught him to be patient.

His Wife is his Source of Strength

Josh Huff married his long-time girlfriend, Jerrica Henderson, and the couple has a son named Jaxxton Huff. Henderson had been Huff’s pillar of strength for six seasons of the game, from his college football days at Oregon, to playing for the Philadelphia Eagles.

A few months ago, Huff had hauled in two passes for 60 yards in the Eagles’ victory over the Indianapolis Colts. In an interview after that game, he credited his wife who had noted that Huff was not playing like he normally would. “She was right. I was playing timid. I wasn’t having fun. With her telling me that, I had to make some changes within myself, and I was able to come out here and have fun with my teammates,” he said.

Since Huff’s arrest for possessing a firearm without a permit, there hasn’t been any statement or news regarding his wife and their son. The Philadelphia team and Huff’s attorney have said that they are looking to gather more details on the case before making a statement on Huff’s next step.

Eagles statement on Huff: “We are aware of the incident today involving Josh Huff. At this point, we are gathering more information.”