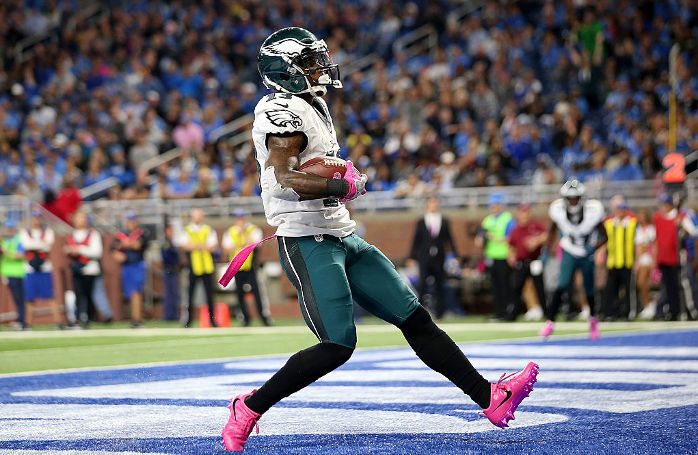 NFL wide receiver, Josh Huff was pulled over for speeding on Tuesday morning and was arrested for possession of marijuana and a weapon. Here are all the details of the incident.

Josh Huff plays for the Philadelphia Eagles as a wide receiver. On Tuesday morning, he was pulled over for speeding, and was found to be in possession of a gun and marijuana. Josh Huff has been arrested for unlawful possession of a weapon, and could face a mandatory minimum sentence of three to five years in prison.

Huff was stopped at the South Philadelphia Walt Whitman Bridge for speeding. The incident happened around 11 a.m. on Tuesday. The officer who stopped him discovered a 9-millimeter handgun, and less than 50 grams of marijuana in his car.

It’s permitted to carry a firearm under New Jersey law, subject to certain regulations. You need a permit to own a gun and when carrying it out of the residence, it should be unloaded and stored in a case. Violation of the rules is punishable by imprisonment with no parole. According to the court documents released by the Camden County authorities, Huff didn’t have the permit necessary to carry a gun.

Huff was released from jail after posting 10% of his $25,000 bail. His attorney released a statement saying that the footballer is upset about the incident, “We’ve all made our mistakes,” he said. “Josh made a mistake. Josh is not a bad person. He’s definitely not a criminal.” His attorney didn’t comment on what will happen to Huff, saying that they haven’t fully looked over the case yet.

This setback comes at a time when Huff’s football career was on the rise. The 25-year-old was selected by the Philadelphia Eagles in the third round of the 2014 NFL draft. He is the fifth player in his team’s history to score a 98-yard kickoff return touchdown. The Eagles released a statement saying that they are aware of the incident and are looking to gather more information on the case.