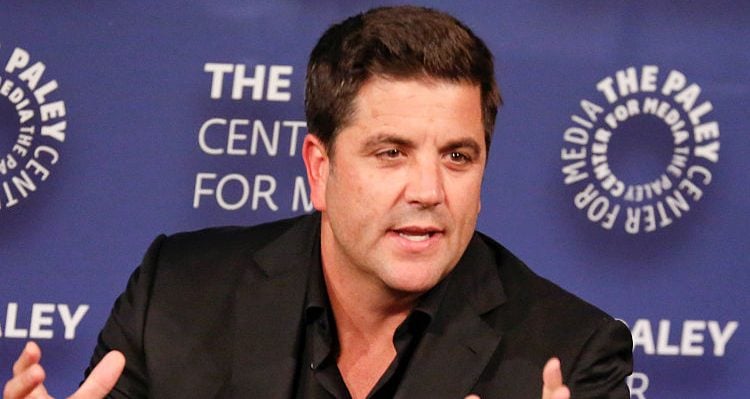 Where is Josh Elliott now? Fans have wondered what happened to CBS’ Josh Elliott and now many are asking about Josh Elliott’s new job. Where is the former anchor and did disgraced TV personality Charlie Rose actually get him fired? We have everything you need to know with our Josh Elliott wiki.

Who Is Josh Elliott?

Josh Elliott’s age is 46, and he was born in 1971 in Los Angeles, California. He was adopted by mother his mother, Toni Jordan, and father Charles Elliott.

Charles Elliot died suddenly of cardiomyopathy in 1989, and his mother died in 2015 of septic shock.

His Father Was Gay

When Elliott was 13 years old, (two years before his father died) his father came out as a gay man.

In a 2012 episode of The View, Elliott, who is straight, told the audience, “My first feeling when my father told me was loyalty, thinking, ‘I guess I have to be gay too. Maybe I’m gay.’”

Elliot continued, “It’s a lot to work through as an eighth-grade boy.”

But, Elliot was happy to witness his father as the person he wanted to be, and said, “For two years, I got to see him complete and out and proud.”

In an interview with In Touch, Elliott recalled the night of his father’s death and said, “The night before he died, I fell asleep on his couch, and he put a blanket over me.”

Elliott continued, “I grabbed his hand and for some reason said, ‘Dad, I just want you to know I love you.’”

The next morning, Elliott and his siblings found their father had passed away.

In July 2015, Elliott married ABC anchor Liz Cho, 46. They had been dating since 2012 after they met while Elliott was working at ABC on Good Morning America. He proposed while they were on vacation, and the pair tied the knot in front of 70 guests at Villa Sevillano in Montecito, California.

“[My mother’s] memory was there throughout,” said Elliott, whose mother died three weeks before the wedding.

Elliot continued, “Everybody there knew my mom and spoke about her in their toasts. I think we really appreciate the fact that we’re not promised anything.”

CELEBRATING LOVE In honor of February, the month of love we are reflecting on past Romona Keveza brides and celebrating their love. ABC's Eyewitness News Co-Anchor Liz Cho with NBC News' Josh Elliott in a soft, flowing Romona Keveza Collection Gown featured in a People magazine Exclusive.#lizcho#joshelliott#peoplemagazine#powercouplewedding#celebritywedding

Elliott has been playing employment musical chairs for years, and some attribute that to his rumored “diva behavior,” while others say something else. He’s been with ABC, ESPN, and NBC but never seems to last too long at one place.

In February, Elliott caught his CBS boss, David Rhodes, by surprise when he announced his career exit on TV.

“It has been by any measure a great stay here at CBSN,” Elliot said, adding, “Knowing how things work around here, I may see you again on Monday morning.”

“Josh was told he had shown bad judgement [sic] by making the announcement, and was walked out of the building by security,” CBS said in a statement after Elliott was called to Rhodes’ office.

Did Charlie Rose Get Elliot Fired?

While Charlie Rose is out of a job due to the recent sexual harassment allegations against him, it’s been suspected that he was the one who had something to do with Elliott being “ousted” from CBS.

Charlie returns to the studio tonight! Tune in on @pbs.

A source said, “Josh was ousted by Charlie and his monstrous ego. Charlie flattered Josh to his face, invited him to cover on his PBS show, then stabbed him in the back by issuing an ultimatum to [CBS News President] David Rhodes, who has made a huge mistake. CBS would be in a very different place if they’d kept Josh on . . . They’ve got no big names and nobody to step up and save them amid this crisis.”

Rose denied the claim and said, “Totally untrue. I was very, very supportive of Josh. I loved working with him on [‘CBS This Morning’] and CBSN [CBS’s digital channel].”

Meanwhile, Josh Elliott is still being paid the rest of his $5.5 million-a-year salary from NBC.