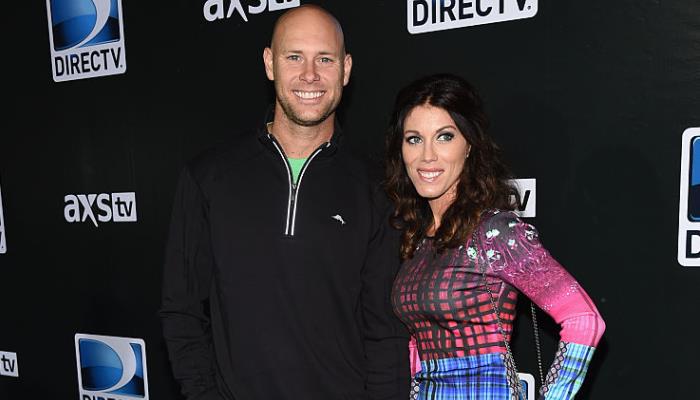 “Josh Brown released from New York Giants,” was the headline making news yesterday, and now people are searching for Josh Brown’s wife’s photos (now his ex-wife) to find out who she is. Although she does not use social media to the extent of the athlete, Molly Brown’s pics can be found on the NFL kicker’s Twitter page. According to police documents, the football player admitted to domestic violence against his former wife, Molly Brown.

What Did Josh Brown Do?

On April 17, 2016, Brown was suspended for one game by the NFL after they discovered he violated the league’s conduct policy. He remained part of the team and received full pay, despite his suspension. He confirmed the following day that the disciplinary action was due to a domestic violence charge that occurred in May 2015. On October 20, the King County, Washington, Sheriff’s Office released documents related to he case, which included emails, letters, and a journal belonging to Josh Brown with information related to a marriage counseling exercise. Brown was placed on the commissioner’s exempt list while the NFL reviewed the documents.

A big win for Big Blue, let's keep it going one game at a time #giants #nfl #GMEN pic.twitter.com/LozgfLeQSr

What Did the Documents Say?

The New York Times reported that the police case file revealed information that he abused his then-wife, Molly Brown both verbally and physically. After he was arrested, Molly Brown told police that he was violent with her in more than 20 instances during the past several years, according to ABC News. They have since divorced.

Brown Released from the Giants

On October 25, 2016, the Giants released Brown after its investigation of the documents showed he had a history of abusive behavior. Giants co-owner John Mara said in a written statement on Tuesday, “We hope that Josh will continue to dedicate himself to rehabilitation, and to becoming a better person and father … We have great respect and feel strongly about our support for the good people who work tirelessly and unconditionally to aid the victims of domestic violence and who bring awareness to the issue.”

It was great to see my girls this weekend, the best gifts that just keep getting better. pic.twitter.com/qZUAPBm1TZ

The New York Times reported that in an earlier statement posted by Adam Schefter of ESPN that was nearly verbatim to the Giants’ statement, Brown allegedly said he never struck his (former) wife but that “abuse takes many forms.” This comment did not appear in the statement issued by the Giants. A spokesman for the Giants said the additional comment was not in the version given to the team Monday night.

In the Giants’ statement, Brown said, “In the coming days and weeks, I plan on telling more of the pain I had caused and the measures taken to get help so I may be the voice of change and not a statistic. In the interim, I am cooperating with the Giants and the NFL. Thank you to everyone that has supported me, I will not let you down.”

The bye week starts with a 'W'. And I get to see my gorgeous family for 5 days… Trick or treat everyone!!!! pic.twitter.com/vuAkoZwqQH

For more information on Molly Brown, check out our wiki on Josh Brown’s ex-wife, Molly Brown.