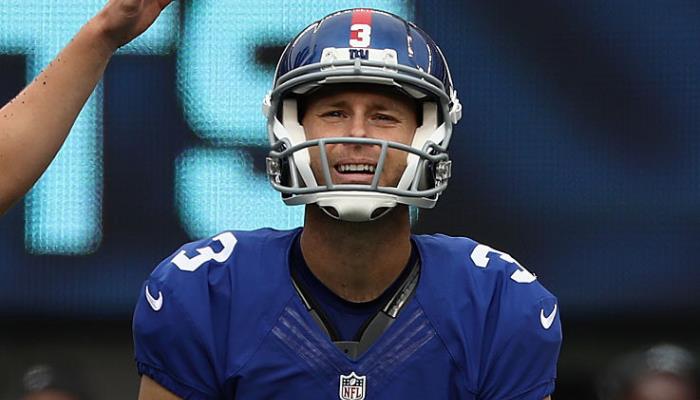 So, if you’ve been looking for a Josh Brown wiki, then keep reading, because we have all the details you need.

Molly was married to Josh for nine years and they have three kids together. Molly reported to the police that her now-ex-husband Josh physically abused her during their marriage. According to The New York Times and police documents released in Washington State, the admissions are part of evidence collected by a detective in King County, Washington after Brown’s arrest last year in a domestic abuse. Molly provided the documents to the police after she made her initial 911 call.

The charges were dropped after the arrest but Molly told the police that Josh had been physically violent with her many times. The couple had a troubled marriage and were in counseling to try and help deal with their issues but it never worked.

After the first domestic abuse allegation, the Giants suspended Josh with pay until further proof was given supporting the abuse claims made by Molly. New York Giants co-owner, John Mara, previously put out a statement supporting the former Giants kicker.

“All I can tell you is that we’re aware of all the allegations, and I believe all the facts and circumstances, and we were comfortable with our decision to re-sign him,” Mara said in August.

The Giants signed Josh during the last NFL off-season to a two-year, $4.0 million deal, (Josh’s net worth is $2.5 million), but he did not play in the Giants’ opening game this season due to a one-game suspension the league enforced for violating their personal conduct policy.

Now Josh has been cut from the team and is no longer affiliated with the Giants, leaving Mara to release a statement, given the evidence.

“We believed we did the right thing at every juncture in our relationship with Josh,” Mara said. “Our beliefs, our judgments and our decisions were misguided. We accept that responsibility.”

Although Mara acknowledged the claims made, many still hold him accountable for re-signing Josh in the first place, despite not knowing the full story of his arrest, previously.

“Based on the facts and circumstances that we were aware of at that time, we were comfortable with our decision to re-sign him,” Mara said in August.

Mara claimed that he was not aware of the extent of the abuse allegations until last week, when the King County Sheriff’s Office in Washington released the details of the police report.

“I am sorry that my past has called into question the character or integrity of The New York Giants, Mr. Mara or any of those who have supported me along the way. I have taken measures to get help so that I may be the voice of change, not a statistic. It is important to share that I never struck my wife, and never would. Abuse takes many forms, and is not a gray area. Through the past several years I have worked to identify and rectify my own behaviors. The road to rehabilitation is a journey and a constant modification of a way of life. My journey will continue forever as a person determined to leave a positive legacy and I embrace the opportunities to show and speak about what has helped me to be that man. In the interim, I am cooperating with the Giants and the NFL. Thank you to everyone that has supported me, I will not let you down.”

The Giants also released their own statement before letting Josh go, but it wasn’t worded similarly to Josh’s. As a result, Josh has since been relieved by the Giants due to the overwhelming evidence.